Yesterday was the sentencing hearing for the man who pleaded guilty to manslaughter in the death of my friend, Glenda Taylor.  Glenda was struck and killed by  Todd Kidwell at the Kansas State Time Trial Championships in June of 2015.

I didn’t go to the hearing.  I’m haven’t been feeling that good recently and really didn’t want to live the reality of what has already happened.   Lots of cyclists went there to support Joe, Glenda’s husband, and to support cycling in general.

I did see the sentence pretty soon after it was announced.  60 days in jail and 36 months probation.  Here is a link to the Topeka’s newspaper article about the hearing.

Todd Kidwell made some statements that seemed genuine.  He said, “I’m the reason Mrs. Taylor is not here.  I shouldn’t have tried to pass her.”  He also said that “I had a responsibility to Mrs. Taylor.  I know you probably hate me, you have every right to.  I need to make amends.”

Those are words that you want to hear, but impossible to digest.  At least for me.

I don’t know what is right.  A guy sitting in jail isn’t gonna bring back a life.  A guy saying he’s sorry isn’t going to do it either.   Glenda was a super person and didn’t deserve to be on this end of a tragedy.  She is missed by all. 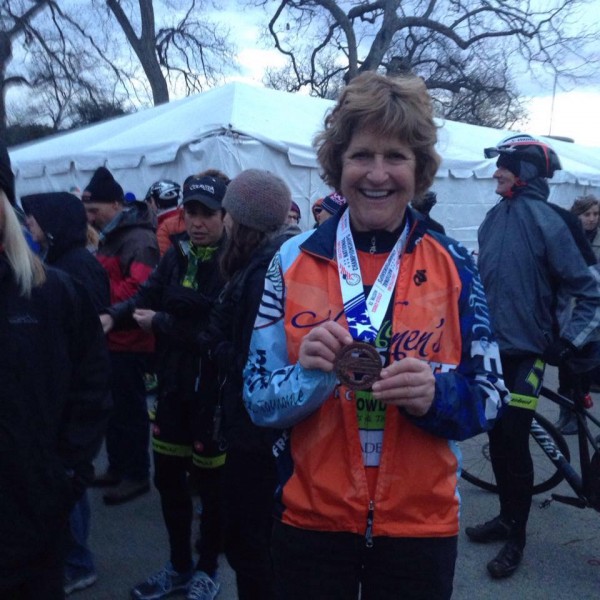 Glenda after winning a medal at cyclocross Nationals. 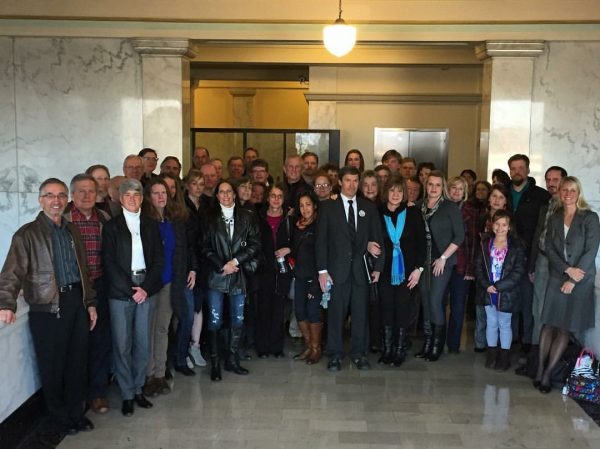 Some of the friends and supporters of Joe and Glenda that made the trip yesterday.