I woke up early this morning and was listening to the BBC.  They had a pretty good segment on airplane flights and greenhouse gases.  Man, there is a lot of information to digest on this subject.

They said something like there are 100,000 flights per day currently.  And that 3.5 billion passengers per year currently fly.  That number is nearly 1/2 the population of the planet now.

Obviously jet planes use fuel, which causes warming.  The fuel a flight uses, per person, is quite a bit more than an automobile, considering how much distance a flight covers.

Burning the fuel also cause clouds.  They are addressing that there are so many flights and the flights obviously make contrails, which affects the greenhouse gas problem.  The contrails create clouds and these clouds are high clouds that are complicated.

The high clouds contain warmth for the planet, that has a next warming effect. But these clouds also reflect the sunlight, which has a net cooling effect on the planet.  So the problem is to figure out which is stronger.

They tried to compare the amount of sun reflected from volcanoes, even 9/11, which grounded nearly all aircraft for 72 hours.  There was a study during 9/11, when the flights were grounded, that showed that with no planes in the sky, the nights were cooler and the days were warmer. This gap was over 1 degree, which seems extreme for only 3 days of no airplane flights.

Anyway, it is complicated and, I’m sure, won’t really be addressed until it is too late to correct. I’m pretty sure that the US is going to be contributing way more to the heating of our planet the next four years.  At least if the president elect keeps his campaign promises.   Funny that the rest of the world is intent on addressing this and, currently, we’re dragging our feet.  Go figure. 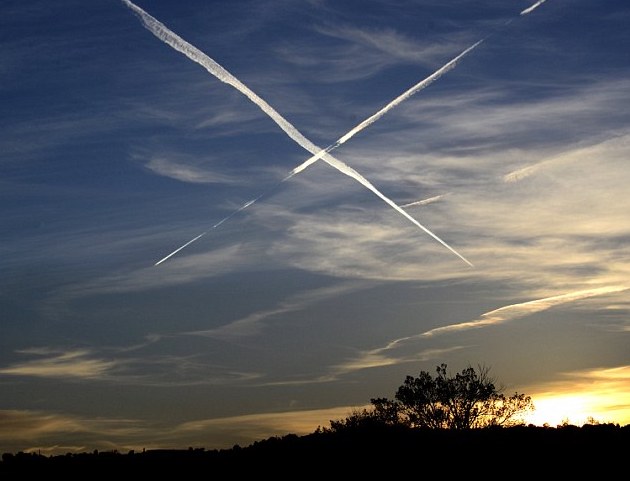 Contrails are pretty, but maybe not so good for the planet. 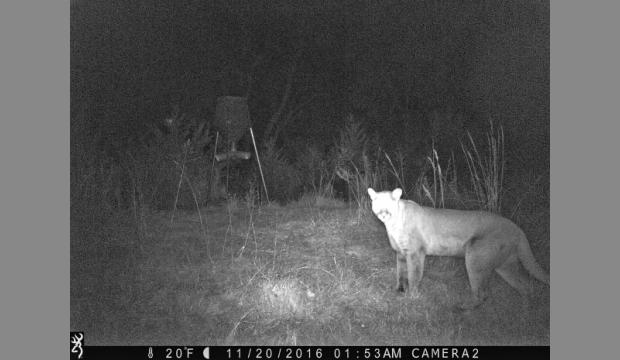 On a happier note, a hunter’s trail camera filmed a mountain lion in Shawnee County, where I live. This is the first photoed mountain lion near Topeka. They are very stealthy and shy.