It is funny, I’m not that concerned about being ran over by a car when I’m out riding at night. Even with the selection and advancement of bicycle lighting, I’ve just never put much thought into it.  It is just more things on my bike and I already have too many things on my bike for my liking.  I bought some cheap China headlights to ride gravel at night last year with the gang, but even those I’m not sure where they are.  I’ve never had the worry that I might need daytime lights, even though I see a ton of riders using them.

But Tucker is a different deal.  I would like Tucker to be lite up like the 4th of July.  He is a goof-ball and sort of pays attention to traffic, but I don’t trust him.  We do a lot of night runs/walks and automobiles are my biggest worry.

On Bromont and Tucker, I’ve always had collar lights.  I have been using Nite Ize lights for a long time.  They come in a lot of different color, I use red, and seem to last even when submerged in lakes.  I buy bulk CR2016 batteries from Hong Kong to replace the batteries.  I don’t understand how I can get 100 batteries from Hong Kong for less than $5 shipped.  The postage must be next to nothing.

When I considered the batteries from Hong Kong, I didn’t understand why the lights cost so much in comparison.  At Petco and Home Depot, the lights are around $8.  That seemed exorbitant compared to the battery prices.  So I went only eBay and there are knock-off lights for less than a dollar.  Closer to 75 cents.  I just ordered 10.  I assume they will be sub-standard compared to the Nite Ize lights, but Tucker has been chewing his lights recently and he is going through them pretty quickly.

Tucker wears a lot of bling on his collar.  His light, dog tag, rabies vaccine tag, tag from being chipped, etc.  It is really Bromont’s collar, he out grew his own collar. I like it that he is wearing Bromont’s collar.  Somehow it seems like there is a connection.  He makes quite a racket when running, which I like, since most of the time he is in deep grass or the woods and I can only hear him, not see him.

I think the most important thing on his collar is his light.  I don’t think he is going to get lost.  I worried a ton about Bromont running off, but Tucker likes people, especially us, so he keeps an eye out for us at all times.  The longest he has been out of sight out on a run is maybe 1 minute. So the light is key.  Funny I worry about his safety so much more than my own.  Guess that is how it works. 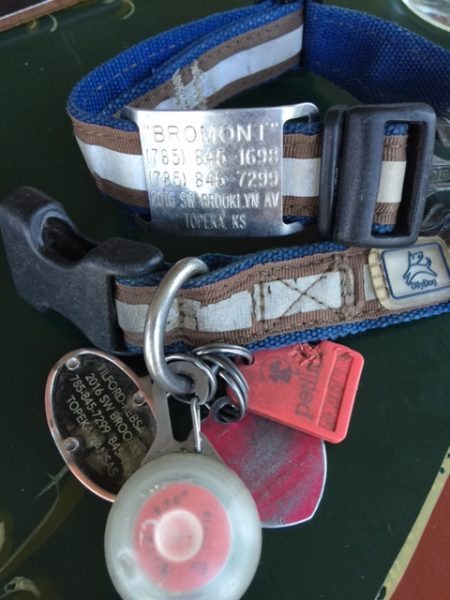 He has a lot of stuff on his collar. 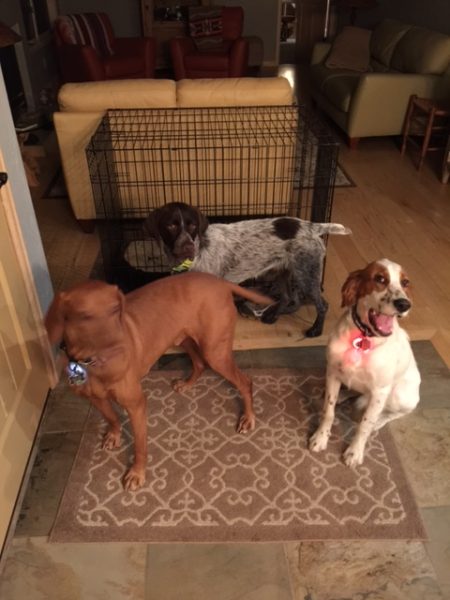 Jack, Nic and Tucker waiting to go out in Silverthorne. 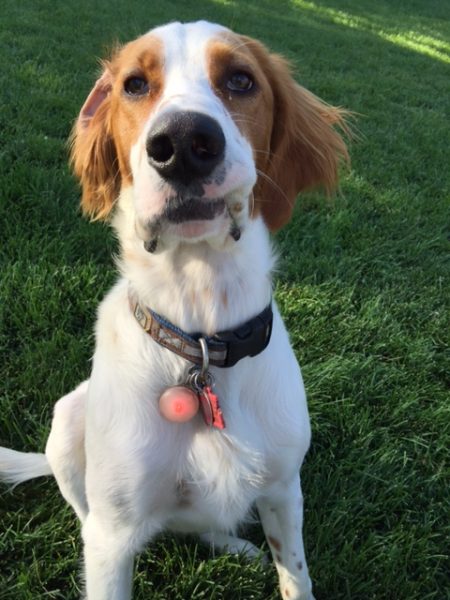 He can be goofy for sure. 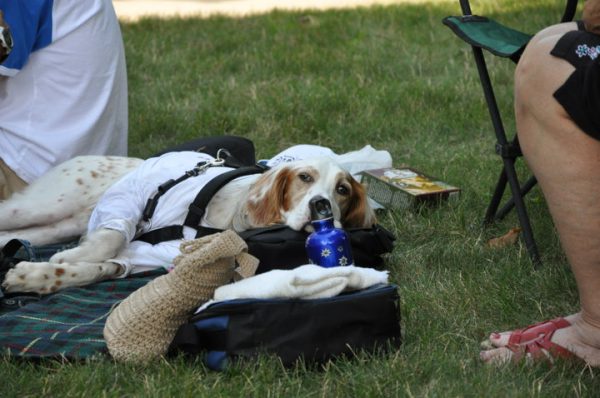 This picture pooped up on Facebook today. It was from 6 years ago. Bromont had ripped himself up running around the woods in Cable and we had to put a shirt on him so he didn’t lick out his stitches. Can’t see his light, but he has one.