You know how I’m not too controversial and don’t really say what I think.  Well here is another one.  Gun control.  I know many of you will disagree, but guns in our society aren’t working. Even the police superintendent of Chicago thinks there needs to be more gun control laws.

I’m tired of going out riding and having that worry, in the back of my mind, that if I get into a controversy with someone that there is a very small chance that someone might pull out a gun and escalate the argument into something majorly different.

People used to settle differences with words.  Every once in a while a fist.  Now it escalates into potential death.  It doesn’t do any of us any good.

More American have been killed, in America, by guns, since 1968, than all Americans killed in all wars combined since we have been a nation.  That is an unbelievable fact.  Here is a link to some more charts about the correlation of gun ownership and deaths.

We need to address this eventually and now seems like a good time.  We need to stop the wrong people from randomly, or not so randomly, going around and shooting our children, friends and fellow Americans.  Other countries have addressed this and it is working out great for them, but…..we’re Americans and we believe we are more responsible or something, thus the 2nd amendment exists.  It is wrong, at least our interpretation of the amendment is jacked up, and we need to fix it.  We all need to be more open minded and address this obvious problem of society.

Watch the comic below.  He is making light, kind of, of a very serious situation our society hasn’t been able to handle responsibly, guns.  The guy is pretty raunchy.   From personal experience, guys from Australia and New Zealand have potty mouths.  But that doesn’t mean what he is saying isn’t true.  And it is serious.  I don’t really disagree with anything he says. 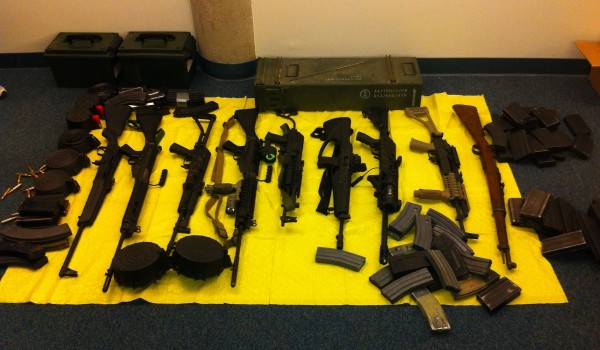 These were seized from one individual in California. He bought them from private sellers and bought ammunition on the internet. It ain’t hard to find. 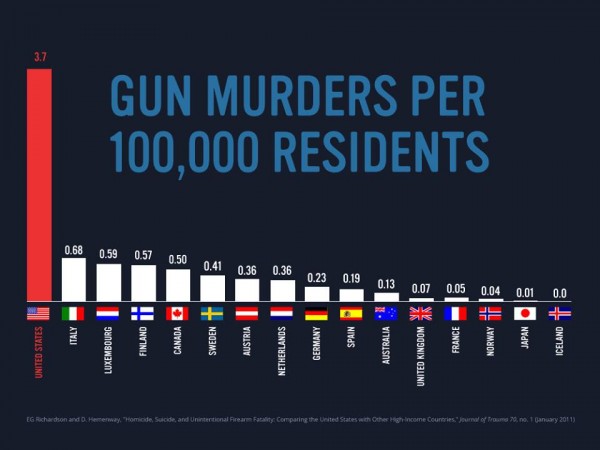 People that carry guns don’t think they will be one of the 3 out of 100,000 that die because of guns, but what they don’t realize is that they increase that very chance by a huge percentage.