This whole CIRC ( Cycling Independent Review Commission)  report that is being released tomorrow is going to be interesting.  It’s either going to rock the cycling world or just turn out to be more of the same old, same old.  I’m guessing the later, but hoping for the former.

I know it sounds weird that I’d want a report that casts a horrible shadow over the sport I love, but the whole doping thing has been dragging on for nearly two decades, and these guys just don’t get it.  Something needs to change.  I’m hoping there are a bunch of riders and support, of professional teams, shaking in their boots right now.

I went to the The Doug Report this morning and saw an article where it says Vincenzo Nibali said he thinks the whole Astana licensing deal is a political situation.  He said-“My opinion is that it’s all about politics. It’s not anything to do with the riders.”

I was thinking about who screwed up that statement is.  His memory might be short, but 17 riders of his team, Astana, were said to be associated with Dr. Ferrari, Lance’s (and other’s) doctor, who is banned for the sport.  That doesn’t really seem like politics, it seems like the riders.

But then there is another article that says that La Gazzetta dello Sport suggests if Astana’s czar, Alexandre Vinokourov, steps down as general manager, then they might be able to keep their Pro Tour status.  If that is the case, then Vincenzo is absolutely correct.  Strange.

I did a post a couple weeks ago about this whole thing and said that I thought that money would prevail and Astana would keep their Pro Tour license.  I didn’t really see this twist, since Vino and Astana seem to be synonymous.  I don’t think that Vino is going to step down.  He is too defiant in normal life.

Anyway, there are a lot of things going on behind closed doors in our sport.  We’ll see if the CIRC report is another dud or if it is truly an in-depth investigation into the a very ugly aspect of our sport.  Guess we’ll find out tomorrow. 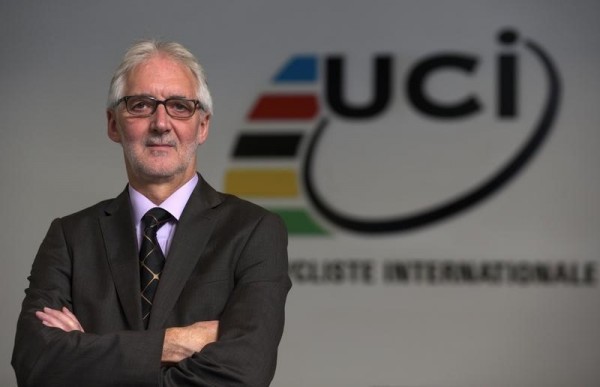 We’ll see if this guy is all talk.