We piled into the van and headed up to Chicago late yesterday afternoon. Trudi wanted to get going earlier, but I had done nothing to pack, so I held up the departure. We drove two cars to Kansas City and left the Insight at the Kansas City airport for Catherine, who flew in last night to be with her mom for Christmas.

I like driving at night. That being said, yesterday seemed long. It’s a 9 hour drive, going good, but the last couple hours were a struggle. We didn’t get here until nearly 2 am. I am way under slept and wasn’t on my A-game for driving. Trudi is still recovering from a bad case of the flu, so she slept most of the way. It was really frickin’ cold too. Sometimes approaching -10. When I’ve been hanging out in the 20’s, it seemed awful.

I really only spend time in the Chicago suburbs at this time of the year. I’m up here a few times a year to race, but not usually for an extended time period. This people are very interesting. Many seem like clones of each other. It is sort of like Mayberry. Everything is in such perfect order, all the walks are shoveled, the Christmas lights perfectly placed, etc.

I’ve been sitting at a Starbucks across the street from Trudi’s mom’s, trying to get a coffee from the last 30 minutes. The waiting line has never been less than 10-15 people. I refuse to wait in line that long, just for a cup of coffee, so I’m just sitting, waiting patiently. Well, maybe no so patiently.

The jacket of choice here is a black North Face jacket. It seems like every other person has one on. My brother told me a few weeks ago that The North Face had something like 40%, maybe more, of the outdoor apparel market. I told him he was full of shit. But, up here, they have close to 80% of the jacket market.

You know, this was all starting to sound all too familiar, so I did a Google search of black North Face jacket and Steve Tilford and I got my last year’s post on the very same thing. Same things actually. That is one of the “problems” of doing this on a daily basis. It is hard trying to remember what I’ve posted before and what I haven’t. I’ve been doing this pretty much daily for a while. Thousands of posts, which seems crazy strange when I write it. I’m not really sure why I started this. I actually didn’t, my friend Vincent Davis made the website. But, I’m not sure why I bought in. I think it is sort of like Forest Gump, when he decided to run. I think I just started posting daily and do it, just because. And I’m sure that eventually, I won’t feel like running anymore and will just stop cold turkey.

Okay, enough of this rambling. I have some serious people watching to get to. Merry Christmas Eve! 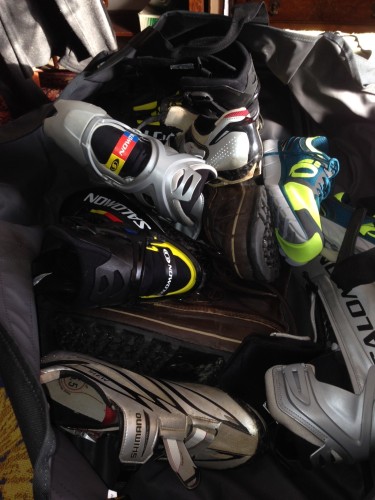 The biggest bag I brought along was for shoes. Man, I’m starting to feel like a woman just looking at it. 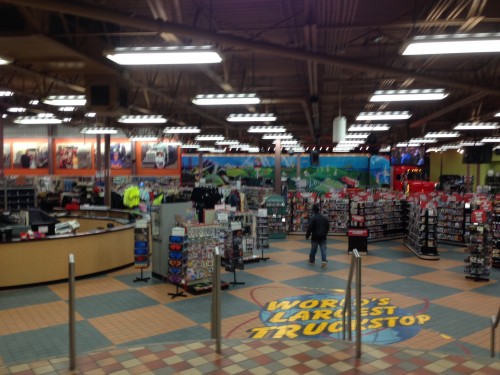 We stopeed at the biggest truck stop in the world in Iowa to get some diesel. The additive I put in for anti-geling broke. I put it in a water bottle and then put it up in the engine compartment so it didn’t stink up the inside of the van. 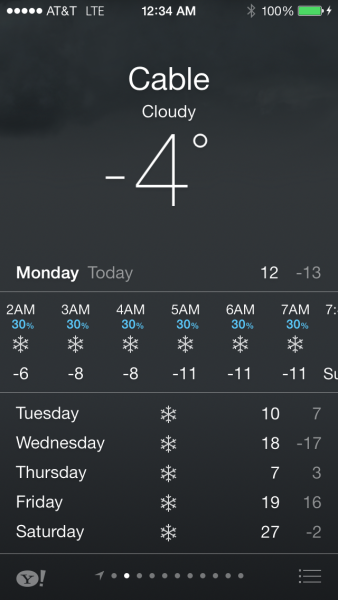 Christmas Day looks a little chilly up in Cable Wisconsin. 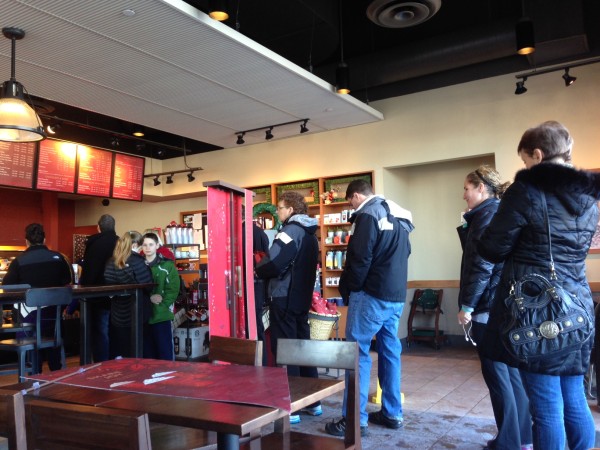 The continuous line at the local Starbucks. 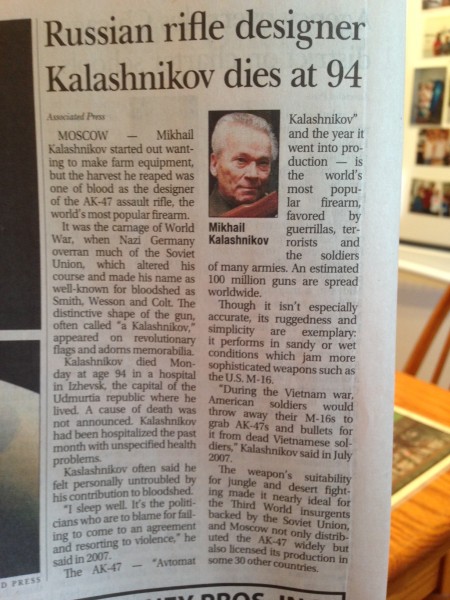 On a more festive note, Mikhail Kalashnikov, the inventor of the AK-47 assault (hunting to some) rifle died Monday. You can click on the photo to enlarge, but if you don’t feel so inclined, it says it is the most “popular” firearm in the world. There are approx. 100,000,000 of them around. He also says he doesn’t have any sleep issues because of his invention. Strange, it would bug the shit out of me.