I spent about 15 hours yesterday laying tile. But, better than that, the tile saw was downstairs in garage and the bathroom was upstairs, so I went up and down the stairs at least 300 times, so it was all inclusive, tiling and training. Here it is at 1:45am and I’m barely clean from all the thinset.

I hadn’t planned on spending that much time, but I figured it is better to get it done earlier, so I don’t have to worry about it later. Plus, my friend Nan wants her bathroom back sooner rather than later.

I thought I might race in Dallas this weekend, but I sort of thought the weather was going to be bad there, but now I don’t know. There are two cross races here on Sunday and Monday in Kansas City. I’m still deciding whether to go up to Chicago and do the UCI races the weekend before Nationals in Madison. I haven’t raced much, but am a little up in the air about everything right now.

Sorry about the lame post, but I didn’t really have a change to do anything all day, so I’m a little out of the loop media-wise. I should be done with this “project” tomorrow and can get back to more ordinary things.

Okay, here are some pictures of yesterday’s progression. 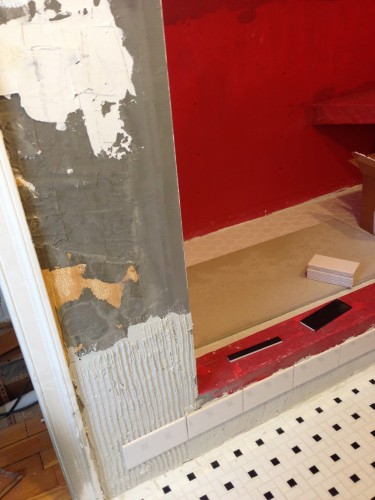 Around 10 am this morning. 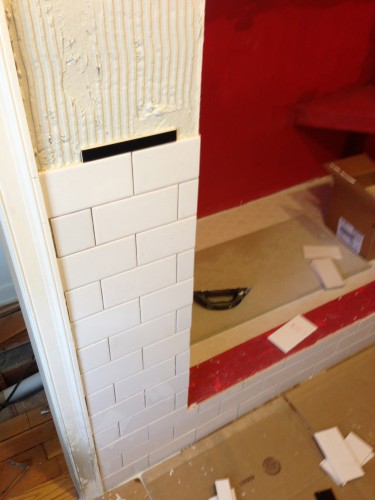 I was worried about the wall because it had a big hump in it and was very uneven. It turned out great. 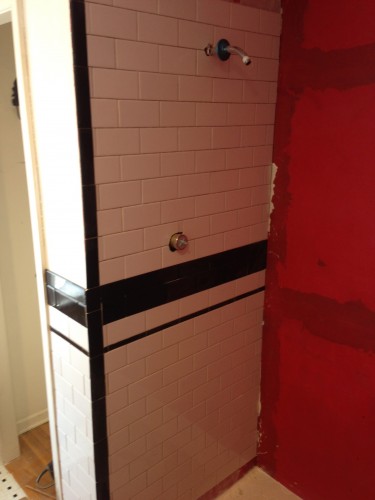 We’re carrying the trim line all the way around the room. 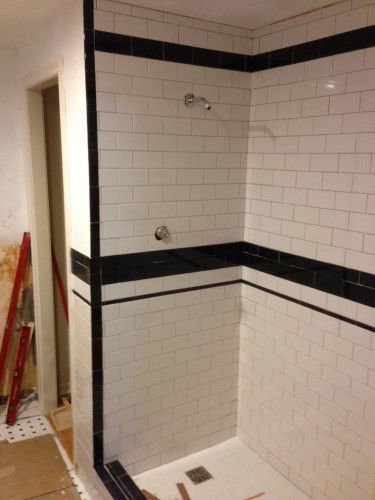 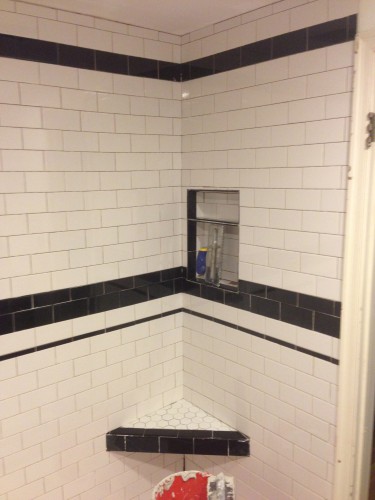 The little soap nook and seat took a lot of cutting. They turned out pretty good too.

5 thoughts on “Not Sure What I’m Doing”