I’m feeling pretty shitty still. I rode with a physician yesterday and he told me the normal time frame for something like I have going is 10 day to two weeks. I’ve never really had any type of stomach flu, but that time seems extreme.

The rest of my TradeWind Energy team mates are heading down to Oklahoma for a couple criteriums. I wish I was going too. Racing has been really spotty all season long. Mainly because of injuries and/or sickness.

I’m staying up in Beaver Creek with a billionaire. I’ve met 3 billionaires in my life. First time was Donald Trump. I’m not sure he was a billionaire when I met him though. Then Andy Rihs, BMC team owner and Swiss billionaire. This is the first time I’ve really done more than shake a hand or say hi. It’s not like I think it is really a big deal. There aren’t that many of them around, so it is somewhat special, but money doesn’t define a person. Not even close.

I’m hoping that getting up to the mountains will make me feel somewhat better. I think a little of my issues have something to do with allergies. I’ve never experienced much of an allergy problem at altitude. Maybe I’m already having too much trouble trying to get oxygen, so I don’t notice them.

It’s going to be much cooler high. But, Kansas went through a crazy cooling trend and the low was 54 last night. It is strange that the highs were nearly double that close to a week ago and now it seems down right cold.

I can get out to Denver is less than 7 hours. The speed limit the whole way is 75, so I can drive 85 mph with no worries. It’s probably closer to 6 hours to DIA since it’s only a little over 500 miles there from Topeka.

Okay, I have to get on the road. I have a 35 gallon tank of diesel, so I don’t have to stop for fuel the whole way. I’ll get coffee in Colby and that is it. It is strange thinking by early afternoon I’ll be in the mountains. Modern transportation is great. 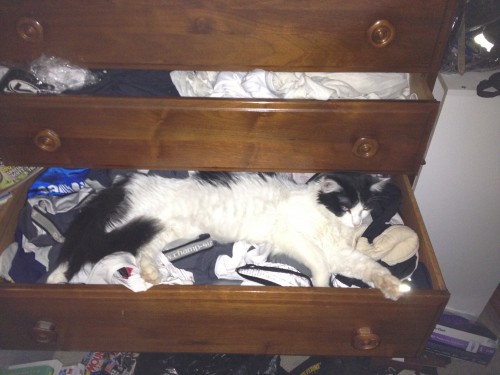 I think I am allergic to cats, even though I’m denying it. This is Fran stopping me from packing cycling shorts last night. 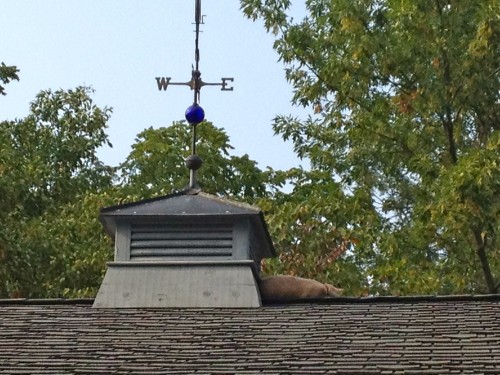 And this is Willow. She’s been sleeping up on the roof lately. I’m not sure how she gets up there.

11 thoughts on “Heading to Colorado”