Usually retired cycling champions seem pretty within the realm of reality and are pretty observant of the sport. Their observations seem pertinent and they usually, more times than not, come across as humble.

That isn’t true in the case of Roger de Vlaeminck. After Tom Boonen equaled his record of 4 Paris-Roubaix wins, Roger did an interview that makes him look like an ass.

First he goes and belittles the whole rest of the field with this statement – Tom can not help it that this time he had no opposition. They were not second but third-rate riders.

I don’t know if Roger doesn’t live in Belgium or what, but he must not be following the sport too closely. I also don’t know if Roger knows how to use a computer, but maybe he should just go to Boonen’s wiki page and he could catch up on some of the things he has done the last decade. Like win the World Championships. Or the Green Jersey at the Tour de France. Or any one of the 100 other race wins that he has racked up as a professional cyclist.

Talk about sour grapes. This guy needs to realize that we’re not bike racing in the 70’s anymore and give Tom Boonen his due. After the past two weeks of Boonen’s results, I can’t think of anything to say about the guy other than amazing. As a Belgian, he has an obligation to agree. 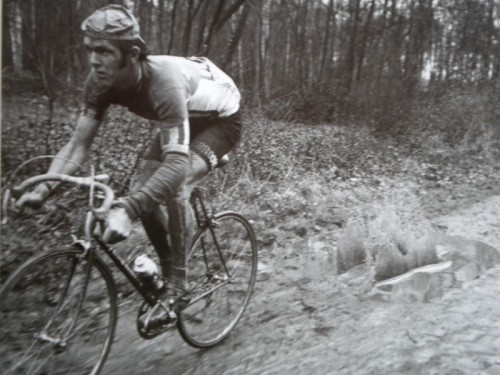 Maybe Roger should critique Boonen's position on the bike too? 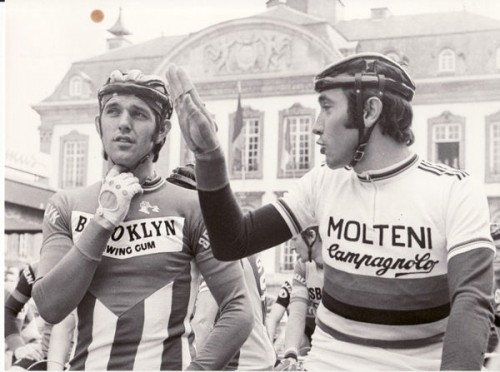 Pretty great photo of him with Merckx.