Bromont has taken after me to a certain extent and ripped his leg open on one of his 2 hour outings in the woods. I stitched it up once and did a touch up the next day, but he kept swimming in the lake and licking the stitches out. Yesterday, we finally took him to the vet and the vet wanted to put him under general anesthesia to suture him back up. I’m not so big on that, so got some antibiotics and left. He did have a very good idea of him wearing a t-shirt over his legs so he didn’t lick his wound. Way better than one of those stupid plastic collars. Anyway, I let him go for another couple hour run in the woods and one final swim and last night I stitched up his cut once again. This time I had some super glue to put on the sutures and help close the wound. He was such a good boy. So, no more running in the North Woods for Bromont for the next week or so. That’s gonna drive him nuts. He’s getting an itch to get to a bike race. That is his second favorite weekend activity to running free in the woods. Might have to head down to Chicago for the Glencoe Criterium on Saturday. 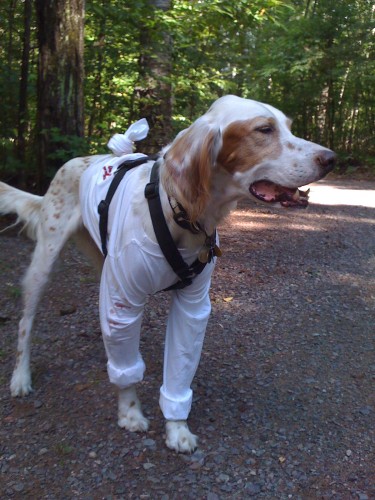 Bromont in his new Hayward longsleeve. 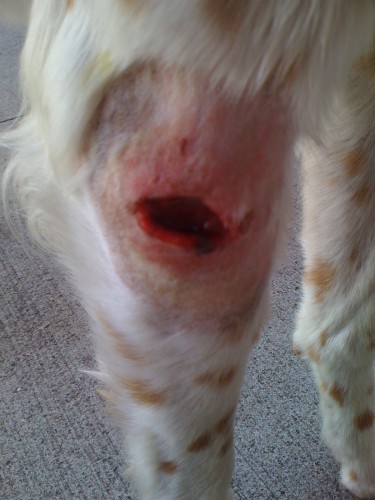 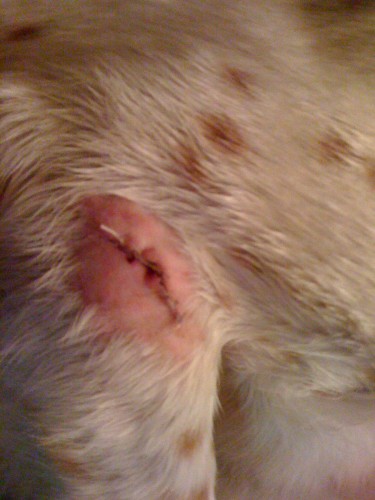 Not my best suturing job, but it will do. 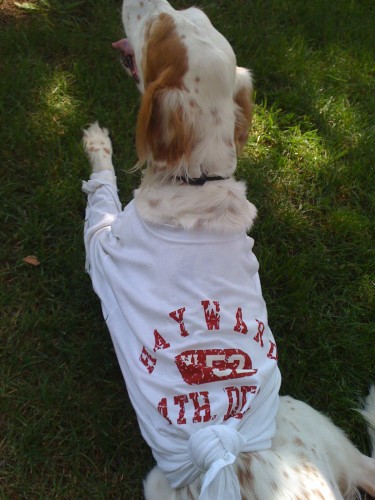 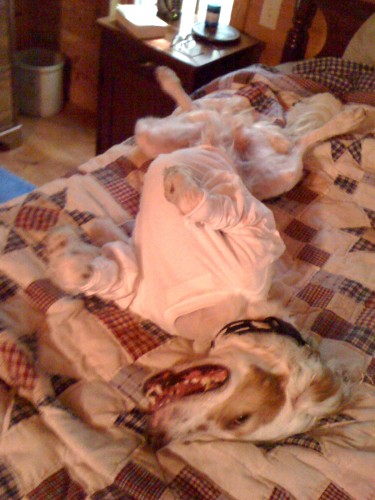 He is pretty cute after he got back from his leashed walk in the woods.

5 thoughts on “A Chink in the Million Dollar Dog”