Here’s a photo Greg Demgen sent me of him winning the 1984 Nevada City Classic. I’m the other guy. This race was the day before the start of the 1984 Olympic Trials in Spokane. The first day of the Olympic Trials was the individual time trail, so Greg, Andy Hampsten and myself decided to go the mercenary route and double up with Nevada City and the Olympic Trials. We weren’t the only ones though. Alexi Grewal (Olympic Gold Medalist-Road Race), Dale Stetina (Coor’s Classic Winner, etc.), Jeff Pierce (Stage winner Tour de France) and a bunch of others were there too. I’ll post the story of the race sometime, but the three of us won a ton of $$$. The first place medal was handmade of 24K gold and was worth nearly a grand on it’s own. Anyway, pretty cool photo. 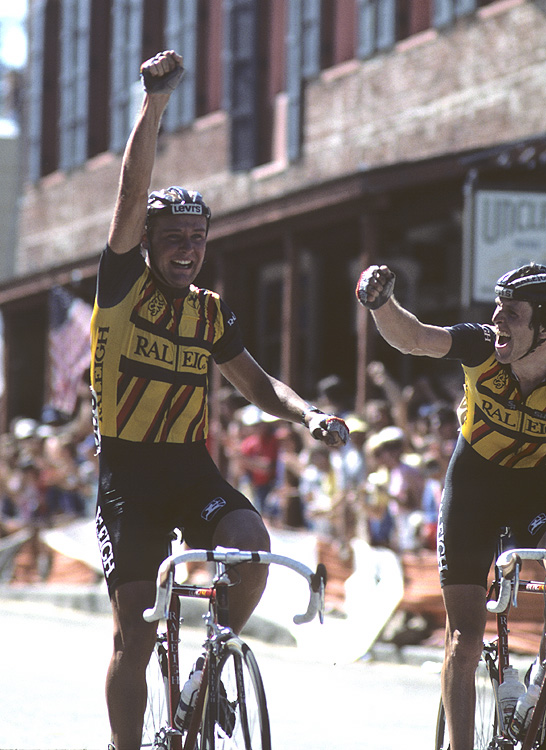