I got an email from “a reader”, which was someone I don’t know, that had some conflicting views about illegal immigration.  He sent me a link to a Fox News story about percentages of serious crimes done by illegal immigrate.

I responded giving a couple links to, what I view as more credible sources, that were pretty much the opposite of the Sean Hannity story.  But, it is a quandary.

All these sources and it is up to us to figure out what is correct.  I don’t think that used to be the situation.   The problem is that most of us don’t have the time, energy, or maybe even the interest, to do our own research to try to decipher the information.

That is the current state of our political system.  Different news outlets presenting conflicting stories.  “Our president”, tweeting incessantly.  Plus all the extraneous stuff.   It is crazy.

I was forwarded a link to a story about helmet use.  It was from The Guardian, a British outlet.  The title was

The big bike helmet debate: ‘You don’t make it safe by forcing cyclists to dress for urban warfare’

The question of whether cyclists should wear helmets provokes fury – often from those on four wheels. But which has the bigger benefit: increased physical safety, or creating a better environment for people to cycle helmet-free?

Here is a link to the article.

The article is pretty in-depth, trying to addresses many issues involving helmet usage, other than people whacking their heads on the pavement.

I am interested in this, since I just had a TBI from the very thing.  I wrote in a post that I was in a indefensible position.  I still feel that way.  But, it is way more complicated than what we all think.

According to The Guardian article, so many more things are involved in our safety than just the fact we put a helmet on our heads.  They cite studies that show that automobiles go closer to riders that wear helmets.  Another study that showed when mandatory helmet laws have been passed in different countries, cycling dramatically takes a hit.  And on and on.  You should just click the link and read the article.

Anyway, this kind of fits into the fake news deal.  It is very hard to change someones beliefs in subjects that seem straight forward.  Such as wearing a helmet riding a bike.  Seems pretty straight forward.

But as Chris Boardman states – “I understand why people wish to use them. But these actions seek to deal with an effect. I want to focus the debate on the cause, and campaign for things that will really make cycling safe. That is why I won’t promote high-vis and helmets – I won’t let the debate be drawn on to a topic that isn’t even in the top 10 things that will really keep people who want to cycle safe.”

He thinks he knows what makes cycling safe and says helmet usage isn’t in the top 10 of issues to address.  I have to agree with him somewhat.  Our overall safety has so many obstacles, it does seem that the helmet issue is so overblown and divisive.  I wonder what that is? 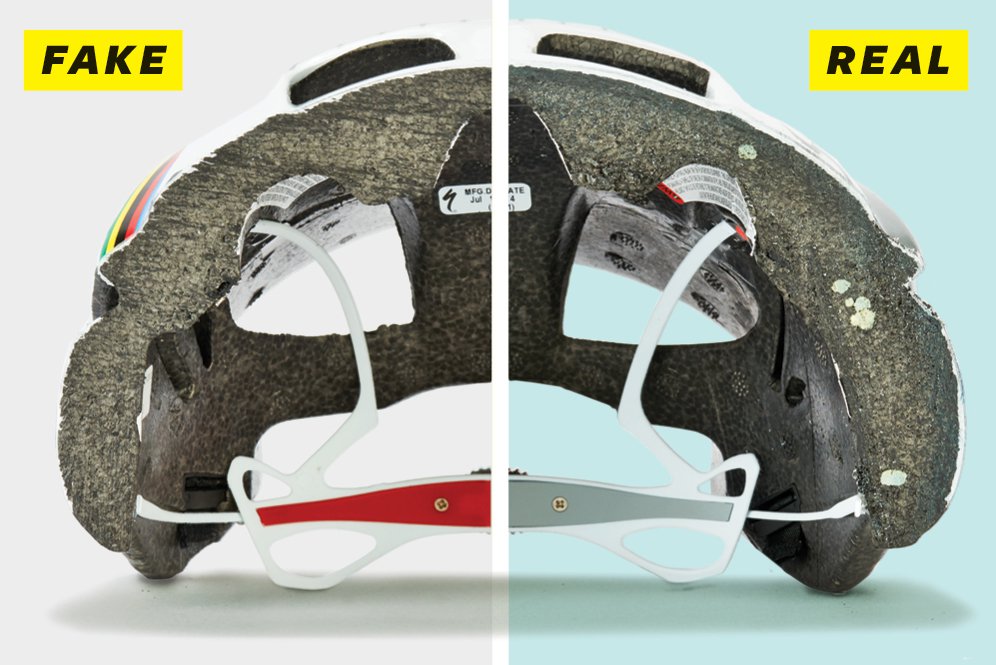 From a bicycling article about counterfeit gear.