That is where I’m at.  Vincent has some computer work to do here this week.  St. George is an interesting town. I’ve only been here once, for a day, so I didn’t get the lay of it much.  But, I’m sure I will now.

We drove here yesterday.  I didn’t drive.  Both Vincent and I had “issues” riding Porcupine Rim Trail on Saturday.  Vincent dislocated his ring finger, like really dislocated it, going over a cattle guard, through a fence, with wet tires.   He did it pretty early, up above the normal Porcupine descent, where there was still snow.   So he was having trouble holding onto the bars.  And still is.

I fell nearly at the bottom, right before the trail turns to singletrack by the river road.  I was following Vincent and went off a small, maybe 1 foot drop, but Vincent’s rear tire moved a loose rock over and I landed on it with my front wheel.  And I got crossed up and high-sided onto my left side.  At least I think that is what happened.

I was going pretty fast and slid on mostly rock.  Incredibly, I didn’t lose too much skin.  The downside is my left shoulder isn’t working too well.  The worse part was having to ride the last 10 miles back to Moab.

I’ve been icing it and taking a bunch of ibuprofen.   I should probably get it looked at, at least a picture of it.

KU advance to the Sweet 16 yesterday fairly easily.  At least the last 6 minutes of the game.  I was reading the score on my phone on the drive.  It was close most of the game and the final score didn’t really show how close it was most the time.  The next round is in Kansas City, a real home court advantage for Kansas.

How about Coryn Rivera winning the Trofeo Binda race last weekend?  Pretty big result for her. I’m going to miss watching her win all the US criteriums this year.  She has been racing forever, but is still young, so should go and experience the European scene, not that she hasn’t dabbled in it some already.

Okay, I’m going to take Tucker out and let him run some.  Then dismantle Vincent’s tandem so he can send the fork and shock off to get repaired.  I probably should figure something out with my rear shock too.  And maybe get my shoulder looked at.  Guess it is a busy day, kind of. 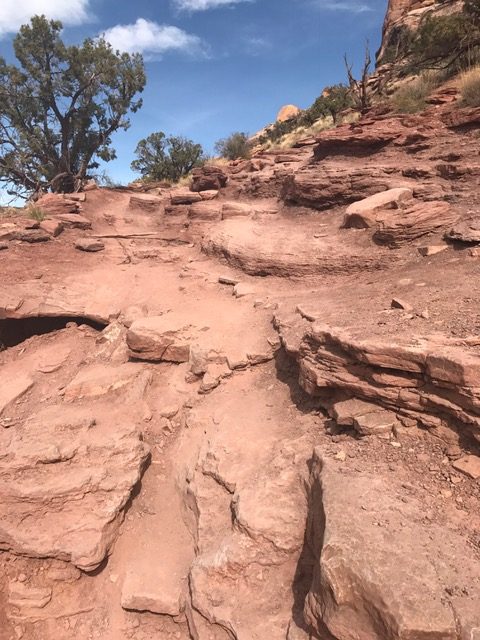 Porcupine is pretty technical. I was riding this stuff pretty well. But guess not so good on the more wide open, faster stuff. 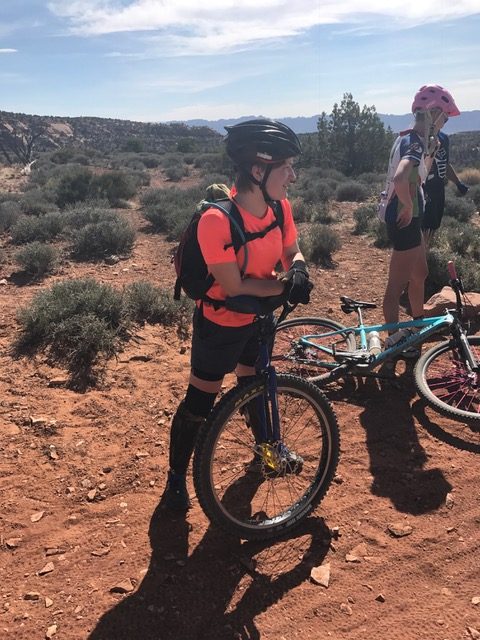 There were a bunch of people riding unicycles down the trail. I have no idea what that is about. They have disc brakes. I assume it would take a really long time. 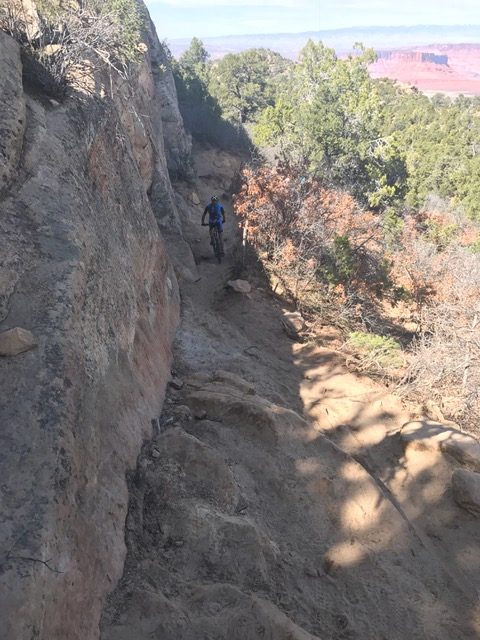 Most of the trail is along the edge of a canyon. Sometimes it is just narrow and off-camber. 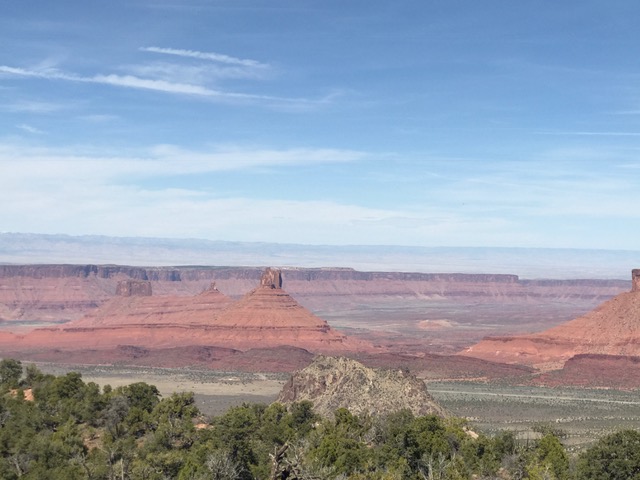 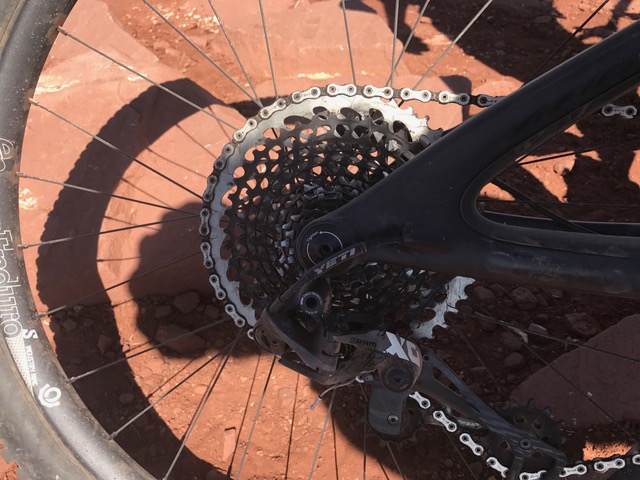 A guy rode by with a 50 tooth cog on his rear. I would have just used a smaller front ring. 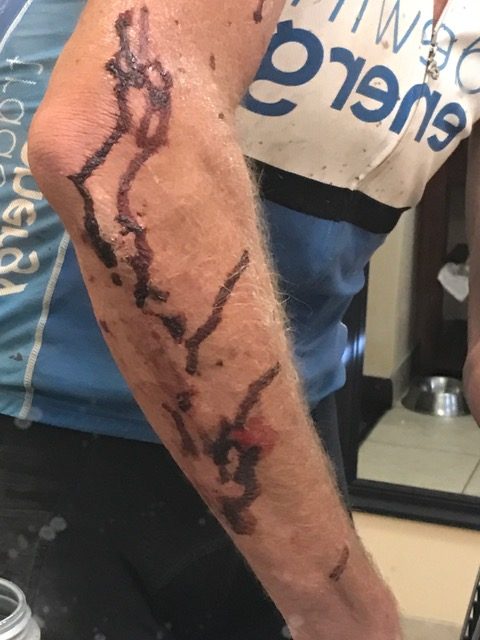 My elbow is alright even though it didn’t look that good initially. It is really my left shoulder.  This is taken in a mirror. 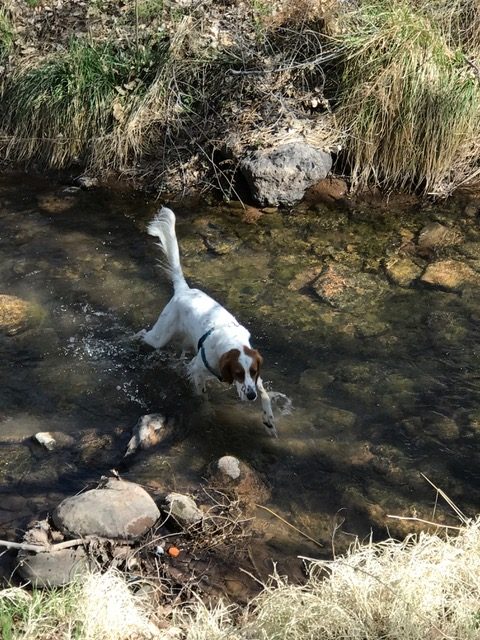 Tucker exploring a stream in Moab. 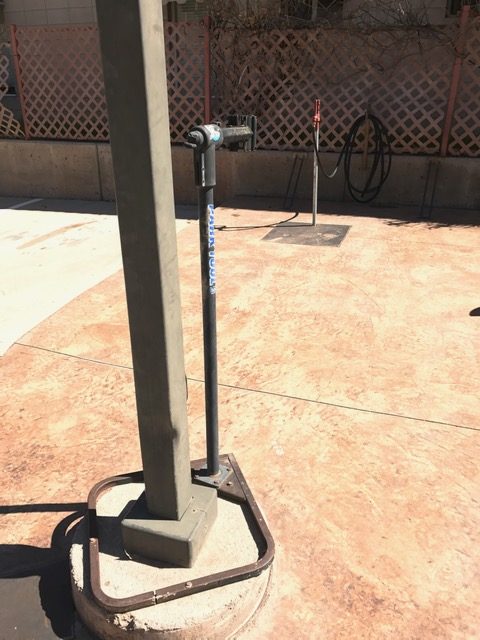 Bike wash at a hotel in Moab. 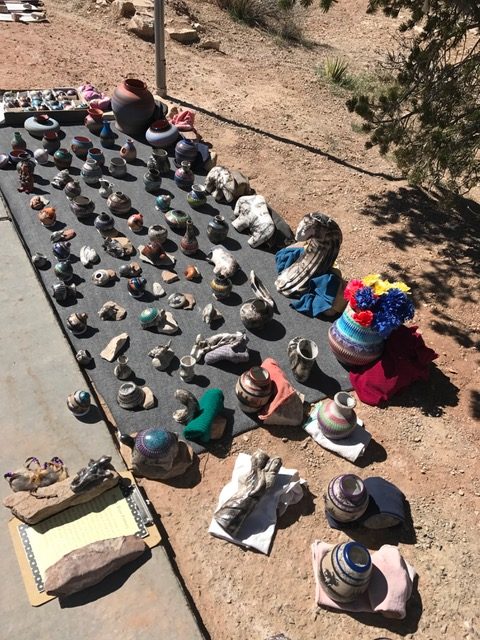 Someone was selling this stuff at a rest stop on I-70 in Utah. 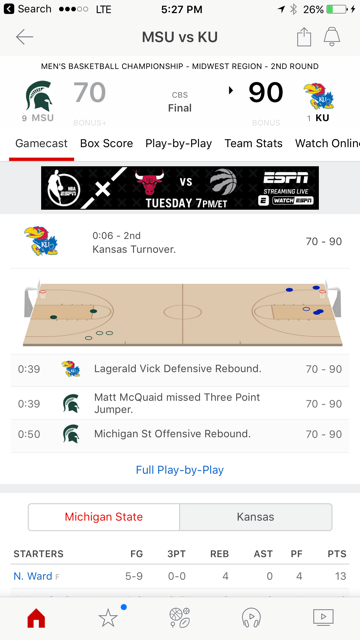 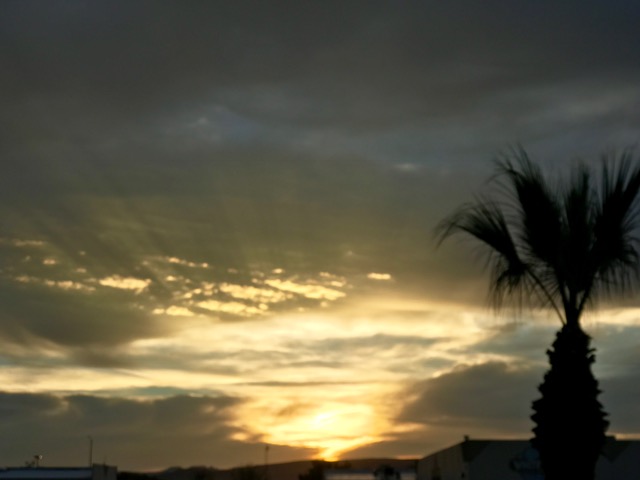 Sunrise this morning in St. George.