I am going to ride over to the a road race in a couple hours and then decide if I am going to race.  I’ve been feeling a little off the last two days.  Nothing new, just new for the last two weeks.  I’m unfamiliar with this whole thing, so maybe it is normal.

The weather has been pretty exceptional the last month.  But that hasn’t worked out so well for the “local” racing.

I forgot, but the Fat Birkie was yesterday.  The “real” Birkie was cancelled because of lack of snow.  I heard that the riding up in Cable was super icy and it was going to be a challenge staying upright.  I saw the results, but haven’t heard first-hand, about the race.

Then there was the Land Run 100 yesterday.  I did hear first-hand and it was a slog.  Lots of mud, rain and cold.  Bad luck once again, considering how nice it has been since early February.

It snowed yesterday here in Topeka.  But the temperatures had been too warm and it didn’t stick on the roads.  So there is snow on the grass and bushes, but the road is clear.  It is only 24 degrees out right now, but is supposed to get up to the 40’s later this afternoon.  The 1/2 race starts at 1 pm, so it is going to be cold riding the 25 miles over there, but warmer to race.

Okay, I have some stuff to do this morning to get ready, so I better get going.  Hope your weekend is going good. 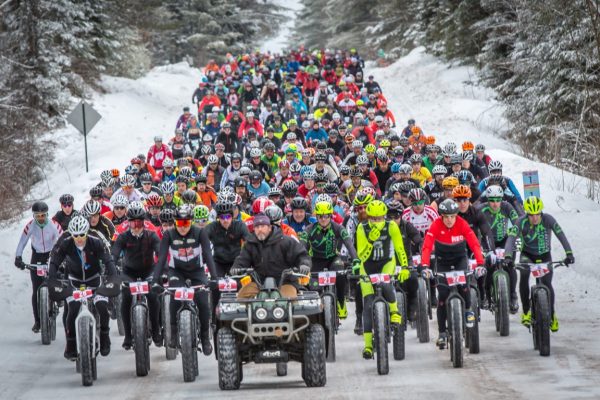 The start of the Fat Birkie last year. 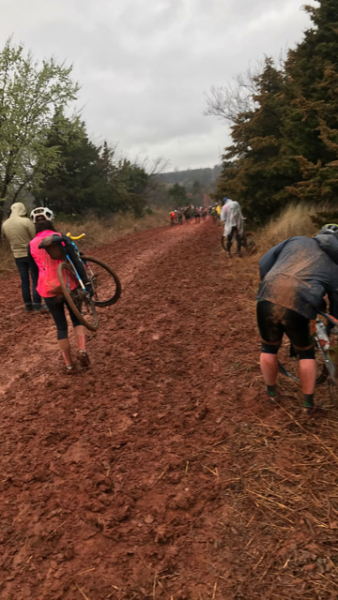 Photo from the Land Run 100 yesterday. 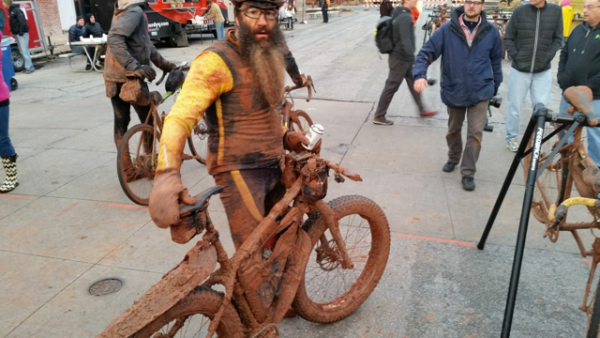 Fat bike winner. Bet he wished he would have been up North. 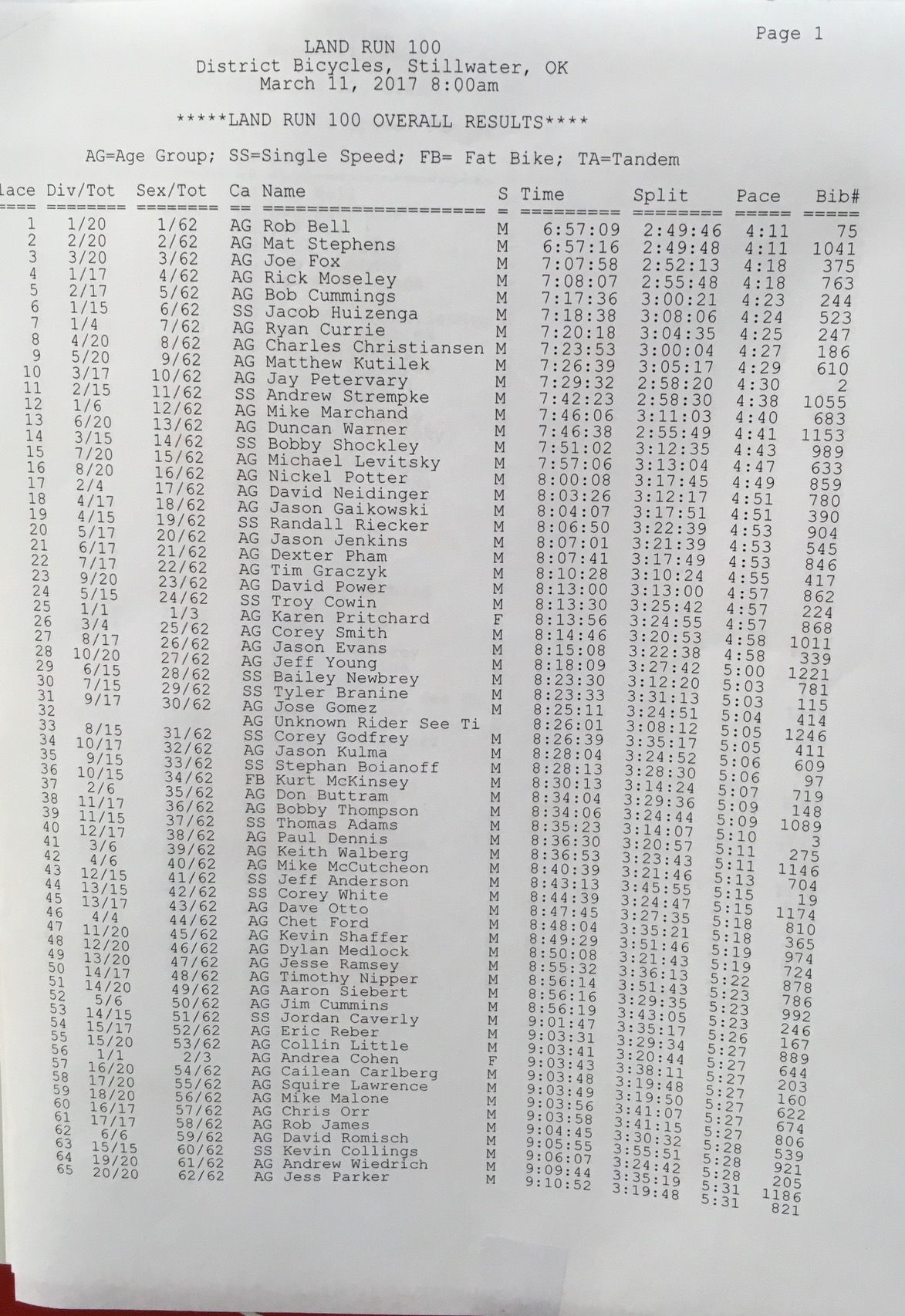 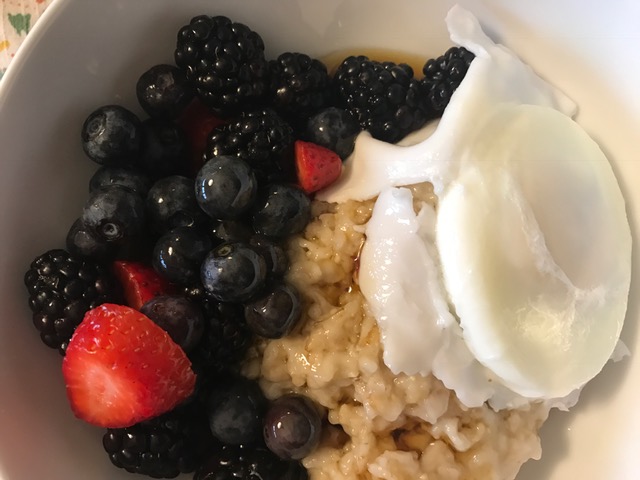