Little reality check when you wake up to -24.  It might be only -21 or it might be -27 depending on what thermometer you believe.  Whatever the real temperature, it is pretty cold.

I was driving up here last night and it was -7 or so.  The NPR station said that the actual temperature in Northern Minnesota was going to be -35 last night.  It isn’t that cold here.

When I first came up to Cable, a couple decades or more ago, I didn’t really think that the real temperature could be -40  or colder.  That year, the high for a week never got warmer than -5. When it is normal being below zero, it really doesn’t seem that cold.

I just looked at the weather and it says that it is -21 and 78% humidity.  I don’t think that is possible, but I don’t know for sure.  Seems like every time I’ve done anything this cold, it sort of starts sort of snowing and the humidity leaves the air.

There is a big ice storm coming through Kansas today, via Oklahoma.  The radio said that it was predicted that 1 inch of ice was going to be deposited in Northeastern Oklahoma.  That will be pretty terrible.  That amount of ice weighs a lot and thus, tree branches break, then no power. I’ve been there when that has happened before and it is ugly.  I hope it isn’t that bad there.  Or in Kansas either.

I think something is the matter, actually, I know there is something the matter with my AWD van.  The windows cover with condensation,or now frost, when it is cold out.   It isn’t the heater core leaking.  I think the blend flap or module that allows fresh air in when it is on is stuck shut. I think this because the AC works and the windows don’t get “foggy” until people, and dogs, get in.

I probably won’t fix it this trip, but when it is substantially below zero driving, the windshield is clear, but the driver’s and passenger’s side windows are pretty unusable.  Not such a good way to drive.

Not sure what I’m doing today.  I brought my bike and trainer.  Dennis has a fatbike, but -20 is pretty cold.   I have some heated MTB grips, but I didn’t bring them.  Those would have been great here, but they only last an hour or so.  I you can keep your hands and feet warm, everything else takes care of itself.

Tomorrow, for Dennis’ race, The Seeley Hills Classic, it is supposed to be 30 degrees warmer at this time.  Which means it is going to be around 6 degrees at 10am then getting into the teens pretty quickly.  Not horrible temperatures compared. 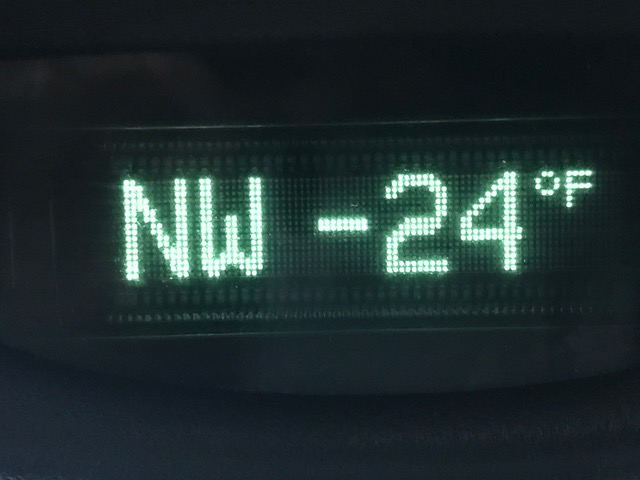 My van this morning. 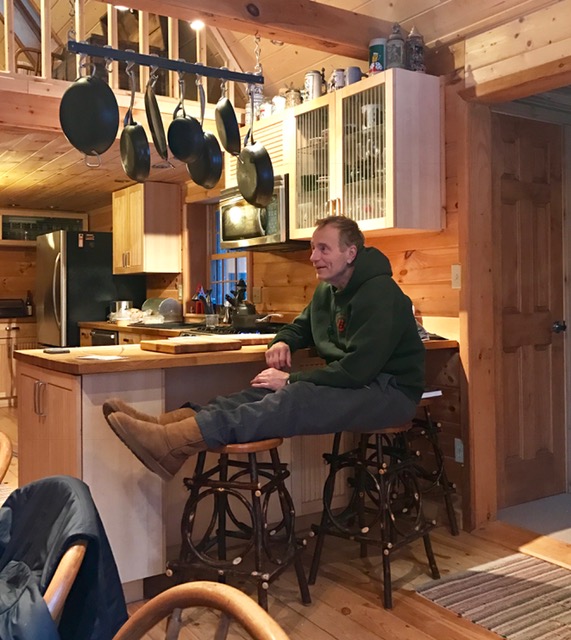 Dennis is delegating from his stools. 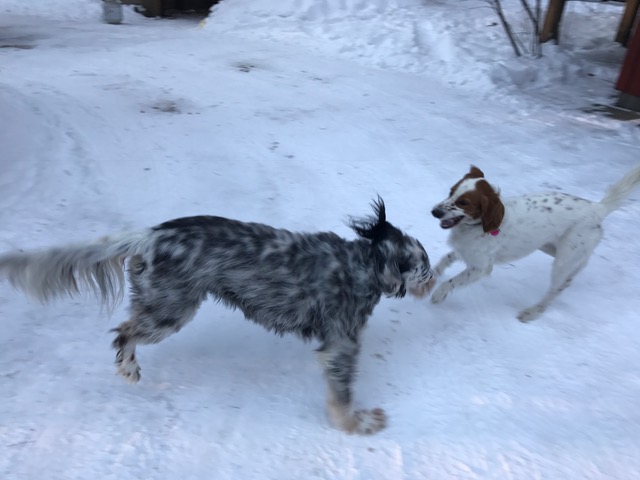 Tucker loves it up here. He and Hawkeye have been playing all morning. 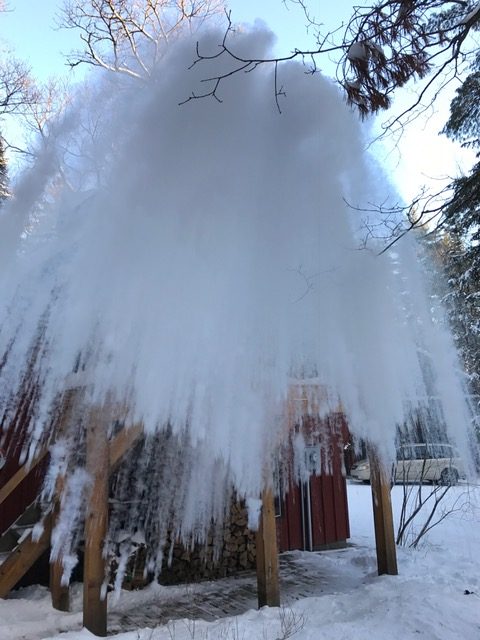 I threw a pot of water off the balcony of the Simple Living Lodge this morning. Little science experiment.