Okay, this is gonna be another short one.  My head feels like it is going to explode, which it very well might.  This morning is later than the past two weeks.  I think I might have slept 4 hours, or at least I was horizontal for 4 hours.  I probably slept 2 or 3, which is a new high point of the last two weeks.  But the repercussions are severe.  My head isn’t happy with me at all.  I’ve tried all the tricks I’ve learned so far this morning and am still on a 9 out of 10 in headache pain, which is really pretty normal now.

I talked to Stacie for a long time yesterday.  She has been studying about what I need to do and trying to get me into see a real head doctor sooner than later.  That hasn’t exactly worked out yet, but there is a chance.  She told me that there is a chance these headache things are going to be going on for a long time, like way more than 8 weeks.  I’m hoping that is just plain off, but when I’m thinking honestly, that isn’t really surprising.  I’ve never had headaches like this in my entire life.  I guess we’ll see.   It is really strange to me that I can even function at any level with so little sleep for so long.  The body is really amazing considering.

I slept from after midnight until 4 am.  At least I didn’t get up.  I took a handful of medicine an hour ago with no relief as of yet.  That isn’t normal, but like I said, it is a new high water mark for rest.  Funny I don’t feel better.

That’s about it.  This headache thing has pretty much overwhelmed all the rest of my thinking. It hurts bad enough that I’m not accomplishing anything else during the day but waiting for it to go away.  When it does, I just sit in a chair and hope that the feeling might last longer than an hour.  It doesn’t. 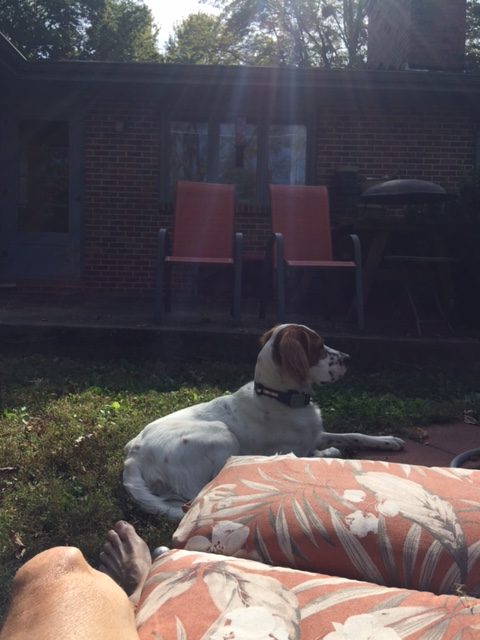 Tucker has been super. He just follows me around the house all day. He is turning 11 months old in a couple weeks. He is a great dog.