Man, the days are going by so slowly.  I’m not really on any program other than trying to keep my head from hurting on a constant basis.  I’m not really sleeping much, which is probably the main reason I’m having such headaches.

Bill rode by yesterday afternoon.  He was in the hospital for 3 days.  He has 4 broken ribs and one of his lungs was collapsed, so it took a few days of suction to reinflate it.  His legs are a scabby mess, which mine are too.  I’m not too sure why that happened to both of us.

I don’t have another doctor’s appointment this week, which seems wrong, but I’m not really making any phone calls or doing much, so it is what it is.  Actually I think I might have a vision appointment the next few days, but I’m really not sure about that.  I’m not seeing too well out of my right eye, it is pretty blurry, so the doctor at the ENT called an eye doctor, but I don’t really know when that appointment is right now.

I started getting some bills from the different hospital places.  So far i have been billed nearly $1500 for the 4 mile ambulance ride to the hospital.  Bill was in the ambulance with me.  I wonder if he was charged the same?  Seems like $3000 for two of us being transported to the hospital is crazy high, but the health care system just about everywhere is out of whack, so it is what it is.  I have a zero dollar deductible for accidents, so I’m thinking it all might be covered. But, maybe not.

I have been listening to NPR pretty much all day since I’ve been home.  I can hardly wait until the presidential election is over.  Let’s all just vote and be done with this.   This hasn’t been a highlight of our political system, in my opinion.

I guess I should try to figure more out about this brain trauma I got going on.  I still have nearly 800 emails that I should read.  Maybe next week.  Right now, I don’t have the energy to be on a computer more than a few minutes at a time. 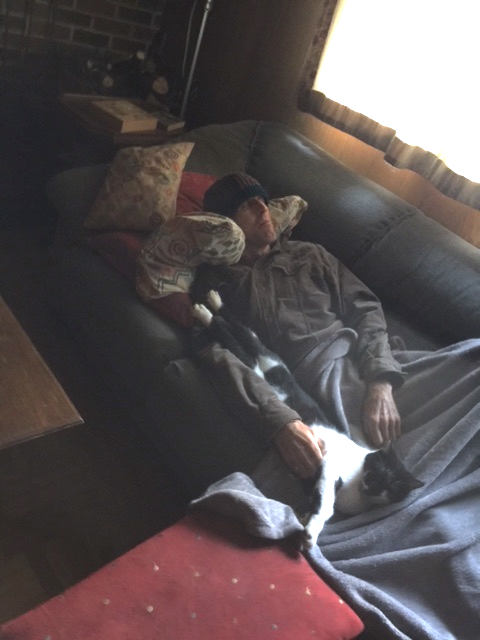 I’m pretty much horizontal as much as I can be all day. It really doesn’t help out much with sleep, but seems to keep my neck from aching constantly.