A lot of times I scratch my head and try to figure out how these supposed professional cyclist come up with the stuff they do.  Case is point is the statements by both Nairo Quintana and his team mate, Alejandro Valverde, who sit is 1st and 2nd overall in the Tour of Spain currently, that power meters have no place in bike races and should be banned.

Quintana said – “They take away a lot of spectacle and make you race more cautiously. I’d be the first in line to say they should be banned.”

Then Valverde added – “I think they’re really useful for training, but they take out a lot of drama from the sport. In competition you should be racing on feelings.”

Okay, I get it.  They were pissed/disappointed that Chris Froome decided that he didn’t want to go over his limit a couple days ago and rode steady, losing nearly a minute, only to come back and sprint for 2nd on the stage.  He was probably looking at his numbers, both power and heart rate and decided that the pace wasn’t for him.

But, in my opinion, that only made the race way more exciting.  It added, to use Alejandro’s word, “drama” to the race.  You thought Froome was done and then he is resurrected from the near dead.  It was good drama.

Froomes’ answer to those guys – “What? We should go back to single-speed bikes as well?”

There is a ton of stuff that I’d remove from the pro peloton before power meters.  Race radio for sure.  Maybe even carbon rims.  It seems like these guys can’t seem to handle their bikes so good anymore and a constant braking surface would help out immensely.  How about anything electronic on a bike?  We could go on and on.

Power meters and heart rate monitors are personal tools.  I don’t ever look down at my Garmin and think, jesus, I need to ride differently because my numbers are all over the top.  That is just me.  But, I don’t train by these numbers either. Every World Tour team has a power meter sponsor.   Here’s a link to what power meters each World Tour team is currently using.

I’m sure Chris Frrome knows exactly what he’s capable of at any given moment.  So yes, he uses that tool better than Quintana or Valverde.  Does that mean it should be banned from racing.  I think not.  And really Nairo is a bit of a hypocrite here.  Check out this video at Velonews.com. Nairo is just about ready to crush the field, but is screwing around with his Garmin for a long while.  Go to about 1 minute it to view.

Did you see the finish of today’s stage in Spain?  Think Quintana thought Froome was riding by power numbers there?  I think not, once again. 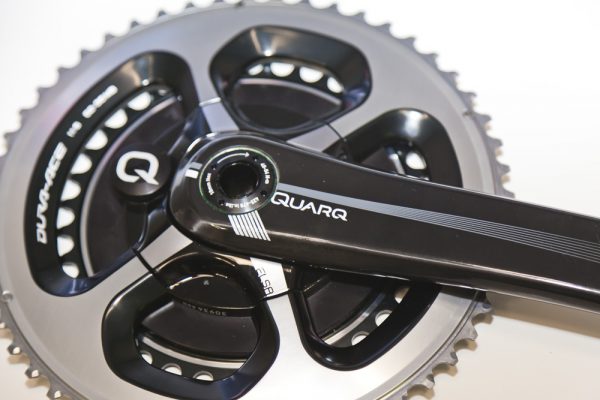 I’m using a Quarq Elsa, with Shimano rings on my road bike. 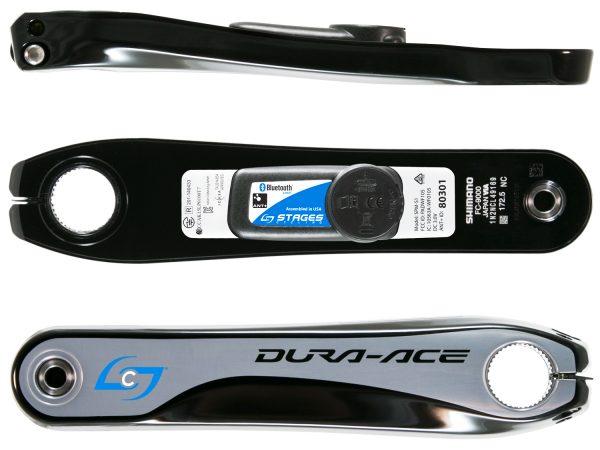 And a Stages Dura-Ace left are on my cross/gravel setup. 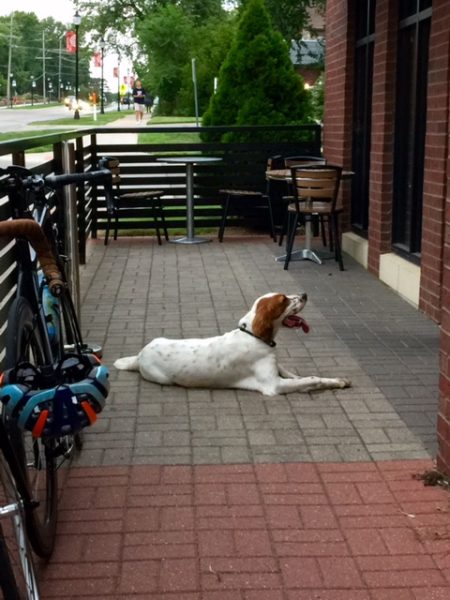 Tucker ran over to Tuesday night Beer night. He was too hot to hang with the gang.