I’ve been doing some stuff I haven’t done in quite a while.  Not Earth shattering things, just little things, things I’ve not thought of doing or have don’t do anymore.

One is walking barefoot.  I had meaning to walk barefoot more.  When I was a kid, I pretty much never wore shoes in the summer.  Sometimes when we were going somewhere I needed shoes, it took me a long time just finding them.

Anyway, I quit going barefoot when I started racing bikes seriously.  I didn’t want to cut up my feet so I couldn’t compete.  Now I think I need to reconnect to the ground some.  I read somewhere that Sven Tuft runs barefoot on trails during the season.  That in itself was enough to give me the go ahead to do it.

So, yesterday, walking Tucker at the Park, I took off my shoes and did the whole walk barefoot. It wasn’t as foreign as it was to Richard Gere in the park scene of Pretty Woman, but it was a challenge.  The park is riddled with mole trails, so the ground is pretty lumpy.  It is going to take a couple weeks before I can walk comfortable I think.

I also went swimming.  After Rich from BMC left, I went for another hour ride, since it was so hot out and I’m trying to get used to the heat.  Then the Walberg’s, Bill and I went swimming at the Topeka Country Club.  I used to swim there when I was a kid.

The pool has been rebuilt since the last time I swam there, but some of it is the same.  When I was there, they have two diving boards, a 1 meter, then a 3 meter.  They took the higher dive down, probably because of legal concerns, which sucks.  I haven’t tried to dive in a real long time.

When I was a kid I could do a front and back flip by the time I was 4 or 5.  I wasn’t the prettiest diver, but could manage to do the maneuvers.   Yesterday, I did a couple flips.  I finally did a few front 1 1/2’s.  It wasn’t pretty, but I could in head first without belly flopping.  It is weird thinking I was doing the same flips 50 years later from the same diving board.

I started taking antibiotics yesterday.  I had a root canal done a week ago and was trying to avoid them.  But as my dentist says, the mouth isn’t the cleanest place in the world.  I’ve only take 3 know and it already feels better.  We’ll see how I feel riding now.  Usually antibiotics destroy me, but I’m going to stay cautiously optimistic.    I know that isn’t going to change it, but I can’t be worrying about it now.

I registered for the Elite National Road Race next Friday in Louisville.  The criterium was closed.  Shit.  I was put on a waitlist.  One I can’t seem to find anywhere on the USAC website.  Seems like there is a better way for registration than a first come first serve deal for Nationals.  I don’t really see why the field limit is 100 riders either.  At Joe Martin or Northstar, etc. the criteriums at those stage races are way, way more.  Seems like a more reasonable number would be 150. Last time I checked, I was ranked in the top 10 in the country in Cat 1 criterium rankings.  But it seems, the USAC website is down this morning.  Pretty bad day for that since it is the last day you can register for Nationals.  Seems to me there should be some qualification guidelines instead of just the first guys to register.  The professional criterium allows all professionals, but any elite riders on a USAC registered elite team.  Crazy random rules.

Trudi is at the Swiss National Road Championships today, then she is flying back from France tomorrow.  Her ticket is to Louisville, since she was supposed to work the Nationals next week with the BMC development team.  That isn’t happening since nearly all the American guys on the team aren’t going.  But, she still gets 12 days back here in the US, so she is taking the flight.

Okay, we’re riding gravel today at 11.  It is supposed to be steamy hot.  Not so crazy hot, lower 90’s, but super humid.  I can’t say I am getting used to it yet.  Maybe I’ll feel better today. 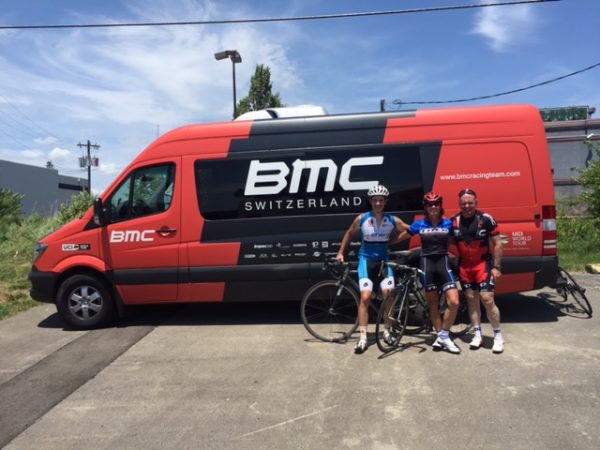 Bill, Catherine and Rich after the ride yesterday. 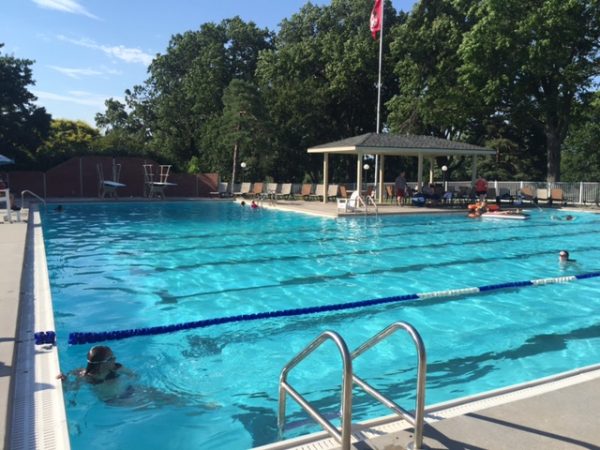 No many people swimming last night. Diving boards way back. 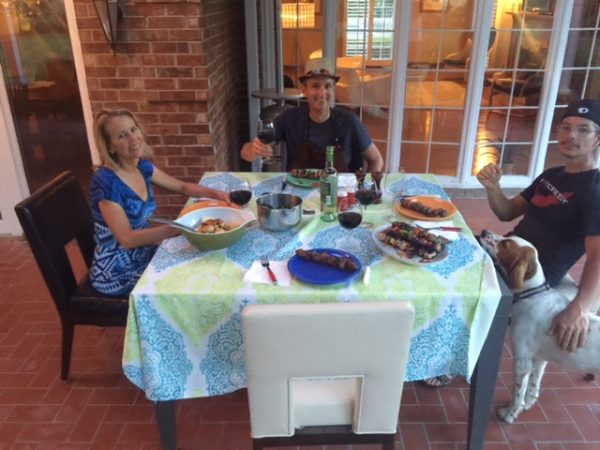 We had dinner at the Walberg’s last night. It was nice sitting outside, although a bit hot. 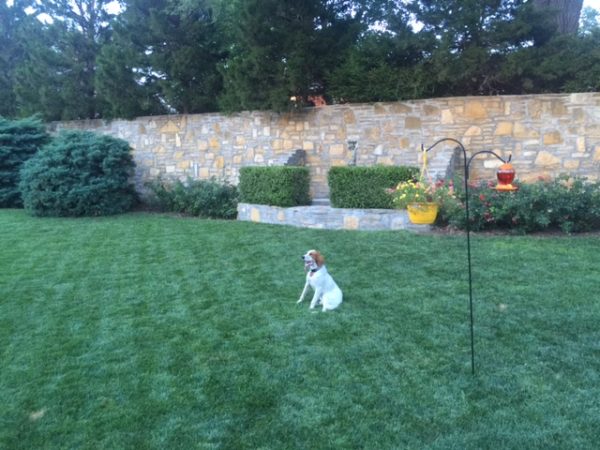 Tucker likes their backyard. It is pretty expansive. 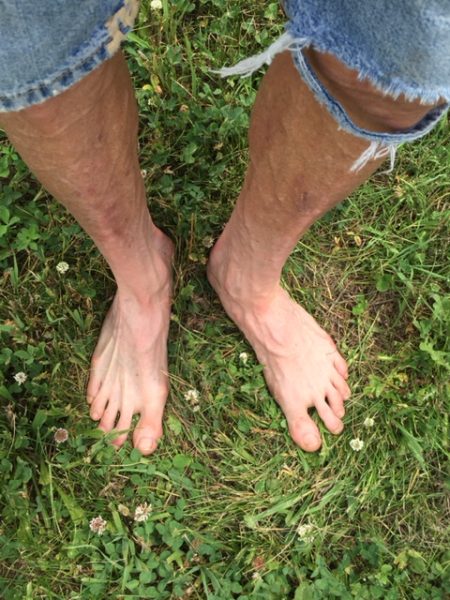 My feet are a little white from no sun. That is going to change. 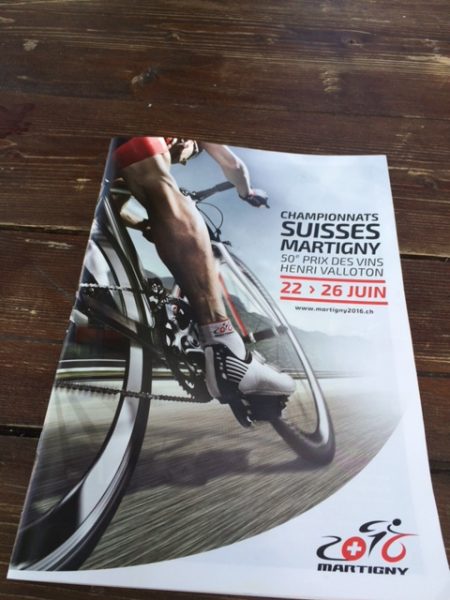 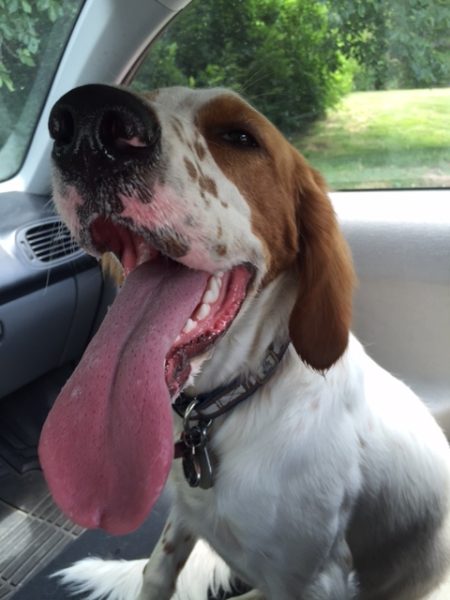