Yesterday it was kind of an iffy day.  It was unseasonable warm once again, but super cloudy and breezy.  And there were isolated showers moving through continually.

I’m not a fair weather bike rider.  I’ll pretty much ride in anything.  But here in Kansas, you can usually, if you have the time, just wait out the storm, and eventually it will clear and you can go about your business.

I don’t think I was thinking very clearly yesterday or something, because I dressed for the current temperature, which was in the mid 60’s and got on my bike with just a sleeveless jersey on with a sleeveless wind jacket in my pocket.

I’d sealed up some tires and was going to ride my gravel/cross bike over to Lawrence on gravel. I figured I could miss some of the wind and it would be a little warmer riding slower, and harder, on the gravel, thus the sleeveless jersey at 65.

When I got to Lawrence, these big rain drops starting falling right when I got to the coffee shop.  I didn’t get very wet, but when I looked back to where I needed to return, the sky was black.

I went in and got a cup of coffee and checked out the radar.  It was ugly.  I was under dressed and had to ride directly back into a storm.

I sat there a bit and saw a small gap in the storms on the radar, so headed out.  The temperatures had dropped into the lower 50’s and it was wet, but not pouring.  I was still in Lawrence when the thunder and lightning started.  I was a little spooked, but intellectually figured that hardly anyone gets hit by lightning and it wouldn’t really matter, because if you do, you a pretty instantly dead, so I wouldn’t even know it.

I rode out of the lightning storm pretty quickly and started west.  It wasn’t really raining hard, but I was cold, the temperatures dropping into the 40’s.  When I got to the gravel, I thought I should just stick to the pavement.  But the gravel didn’t look all that wet and it is sheltered from the wind.

So, I creeped back west.  I had a 21.5 mph average over there and was riding back pretty hard at 16.  It wasn’t as bad as I thought.  I was listening to music and then your ears are blocked, the wind seems less for some reason.

The sky back over Topeka was clear.  I got hit with one big downpour, but other than that, I was good.

I was pretty destroyed when I got home.  I kept the average speed over 19 mph for the 70 miles, but was pretty hurt.  I think it was mainly from the cold.  Since I still have his lingering chest thing going on, I’ve supersensitive about exposing myself to extreme conditions.  But, like I said above, I guess I wasn’t thinking clearly when I left.

Anyway, I like trying to avoid the weather.  I love going on rides, with no particular direction planned and riding around thunderstorms.  I think it is great riding onto wet pavement, knowing that you just missed getting poured on.  Or just getting back to the house as the skies open up, that is great too.

It is super rewarding outfoxing the weather.  Didn’t do it this time. Obviously, it doesn’t take much to entertain me, or make me happy riding.  I like pretty much all aspects of the sport, even when the weather isn’t cooperating. 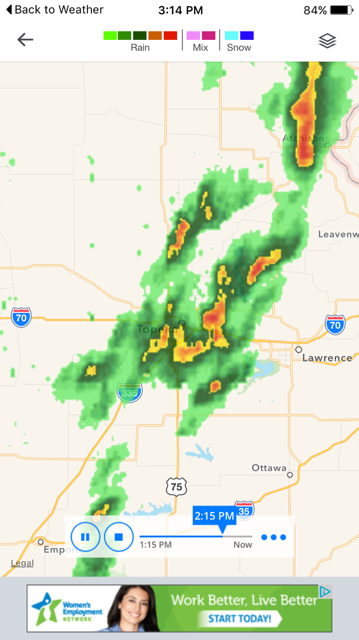 The radar wasn’t good for the ride home. 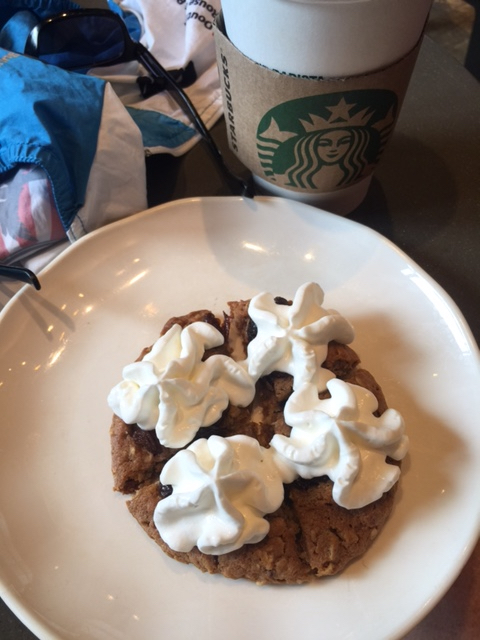 I bought a oatmeal cookie at Starbucks and the girl asked me if I wanted it warmed up with whipcream. I said sure, figuring I needed all the calories I could get for the ride back. 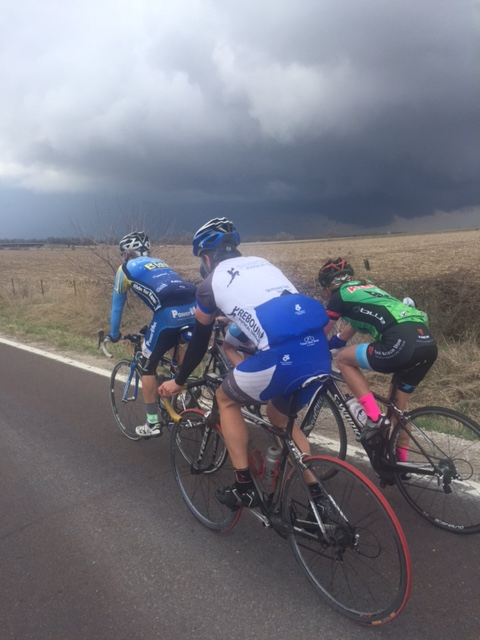 Sunday we missed the weather, so I’m 50/50 this year avoiding rain. 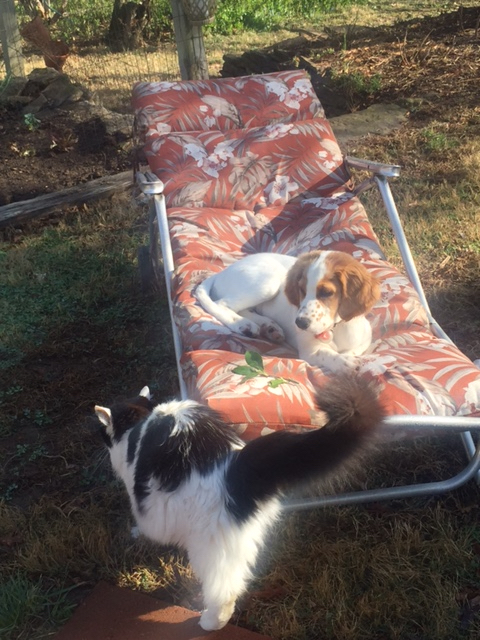 Tucker gets along pretty great with all the cats now.

12 thoughts on “Skirting the Weather”