When I took Bill to the VA hospital, after he crashed during the last criterium during the Tour of Kansas City, what surprised me the most was how reasonable they were with just about everything.  They had a lot of rules in place, mainly because they had an emergency room that didn’t accept ambulances or trauma patients.  Bill wasn’t in the VA system at that point, but everyone there understood the situation and bent the rules enough to do what was right.  It was refreshing that people can be self-thinking and do what is right.

When I crashed in Asheville, I went to a walk-in orthopedic place.  For some reason, I didn’t have my insurance card on me and they said they couldn’t see me without a picture of the front and back of my insurance card.  I called Trudi to look in my wallet at the hotel, called my insurance agent, even called the insurance company itself, but no luck.  I finally asked them if I could just pay for the visit and they said sure.  Seems like they would have suggested that initially.

Anyway, the help was super, the doctor and x-ray technicians first-rate.  My credit card was charge $300 to go in and they said they would add or refund the difference after I was done.  I came out with the coded paper and told them I thought I owed them some money.  The receptionist added it up and said that it was $250.60, so she was going to refund $49.40 to my credit card.  I thought that was a deal.

Yesterday I got a bill in the mail for an extra $125.  It looks like it was for the removable cast I have.  That was the only thing that added up to $125.  Anyway, I didn’t feel that was fair.  I paid the full bill at the clinic and didn’t expect another bill, so I called them.

There are a ton of people there that deal with the billing.  My last name begins with a T, so I had to push #7 on my phone.  The lady I talked to say that they must have not added the cast to the billing until after I left and that I owed the money.  I told her that I can’t think of another part of society where you can leave a business after paying in full, then get a bill for more and be expected to pay it.  She agreed that she couldn’t either, but that is how the medical system works.  I disagreed.

I realized that we weren’t going to get anywhere, so I asked her if she had a supervisor and she said she would transfer me.  I had to explain the whole scenario again.  She seemed mixed up whether I had received the cast.  I told her it was on my arm.  So, she asked, what is the problem.

I told her the problem was rebilling me after I’d paid in full.  I used an example if I went in and bought a new car for $20K, paid for it and then three weeks later got a bill for another $10K saying they forgot to add-on the price of engine or something.  And that was the right percentage.  They had billed me another 50% of the amount I paid.  I told her the billing error was their issue and not mine.

Eventually she asked me what I wanted.  I told he I didn’t think I owed the money and that I wanted the bill to disappear.  She abruptly said yes and asked me if I “needed” anything else.  I thanked her and hung up.

I was super surprised that it was resolved so quickly.  It had seemed like it was going the wrong way most of the conversation.

Switch situations, Trudi noticed that she had a $3 charge on her bank statement for statement costs.  I wrote a post about bank charges back in October, about them planning to charge $15 a month for less than 5K in my account.  Anyway, I went to the bank and switched my account to a no fee checking account.

So, I go and look at my statement and there are two $3 charges for December and January.  So, Trudi calls the bank and the woman there explains it is not a fee, but a charge for the printed statement and envelope.  Trudi isn’t too confrontational, so she hung up and then ranted.

The weird thing is right on my statement, the bank uses the wording of fee.   Check out the picture below.  Printed statement fee.  It seems like when I signed up for a no fee checking account that there wouldn’t be any fees.  I guess there is something in the small print that says if you want to actually receive a statement from them about your transactions, that is going to cost you money.

I don’t know how they picked  $3.  Maybe it was the number they thought that people would just accept it and they could reap the profit.  Multiple that $3 by the 100’s of thousand of customers they have and it adds up to a nice tidy sum.  That is every month.   The woman told Trudi that all the banks are doing this, so good luck on finding one that doesn’t.   I’m wondering if eventually they are going to add-on an electricity usage fee or maybe a bought a new copy machine fee, etc.

I’m sick of this nickel and diming always.  It seems devious.  And one of the last things you want from the place you keep your money is dishonesty.  I guess banks don’t really care whether you like them or not anymore.  We used to be able to shop with our feet, but after we tie our bank accounts to auto-pay for so many other bills, it becomes a real ordeal trying to switch banks. And they know that.

I’m wondering when real service is going to return to society.  I’ve never had a bank charge removed from my account.  Vincent banks at the same bank had he said they do it all the time for him.  The only explanation can be whether they want his business more than mine.  I think they do.  I’m going to try to get my $6 back, plus Trudi’s, but realize it is a waste of time, but it is the principal.

This is happening to all of us from all sides.  Our cell phone bills getting small charges continually added, our cable bills, every bill seems socomplicated, thus easier to hide these charges that even the employees of the businesses think are ridiculous and dishonest.

I think that eventually this has to swing back to when I was young and people prided themselves by providing great service.  That people will be reasonable when there are “rules” in place, but know that they are unreasonable.   What happened to the saying, “The customer is always right”?  I’m not saying that should always be the case, but if that is the starting point of the relationship, then I believe that both the customer and businesses will be happier with each other. 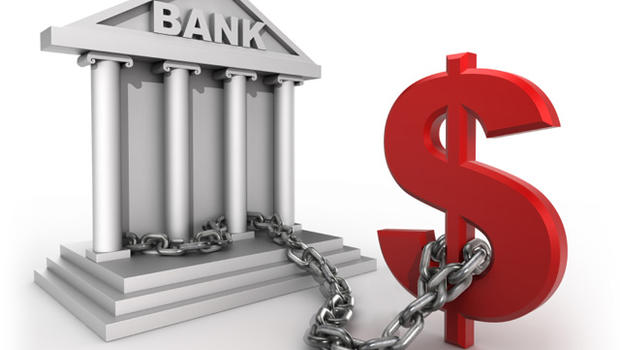 14 thoughts on “Ineptitude and Fees”