Or woods, just depending on where you happen to be.  I woke up to -20 and now it is -15.  I think it is going to warm up to -8 this afternoon, so I’ll wait until then to venture out for a dog walk.

Dennis’ ski race was a success yesterday.  No one with much frostbite and everyone seemed super happy at the finish.

I did ski up to the Firetower food stop, but got there right after the last competitor went by.  Jeff Bradley’s pickup was having a starter problem so I got to help them out pointing out the starter to bang on with a hammer.  That worked, which it will 80% of the time initially.   It would have been bad having his truck stuck up on the Birkie Trail at -6.

I skied back down to the Birkie Ridge parking and it was way colder.  It was headwind and mainly downhill.  You know it is not the temperature, it is the wind.  That is so true.  Standing around at -20 when it is calm is no problem.  As soon as you add the slightest amount of wind, it gets ugly.

Today is the last day we’re spending up here.  I’m heading back to Winona tomorrow morning and then driving back to Kansas.  It is only 7 degrees there right at the moment, so it isn’t that much warmer.  The weather doesn’t look that great there the next week.  Mid 30’s and a little snow.  But it is winter, so what should I expect.

I’m kicking around trying to do the Fat Birkie.  I don’t have a fatbike, so I’m going to have to borrow one.  I talked to Scott Daubert and he said he might have an extra race bike laying around.  It’s 6 weeks from now, so I have a while to figure it out.

My ribs are a mess.  But I’ve been riding the trainer over an hour a day the last week and my ribs aren’t getting any worse.  The thumb is just broken, which is business as usual.

Okay, football yesterday was depressing up here.  Kansas City got beat, then the Packers game was a disaster for Wisconsin locals.  That was a good game, right up until the end.

Alright, I guess we’re heading to Seeley, the Sawmill, to clean up a little and then are going to snowshoe out to new land George bought.  Maybe George will fire up his wood sauna.  Last time I was in that, it was over 220 degrees.  That would feel pretty good right about now. 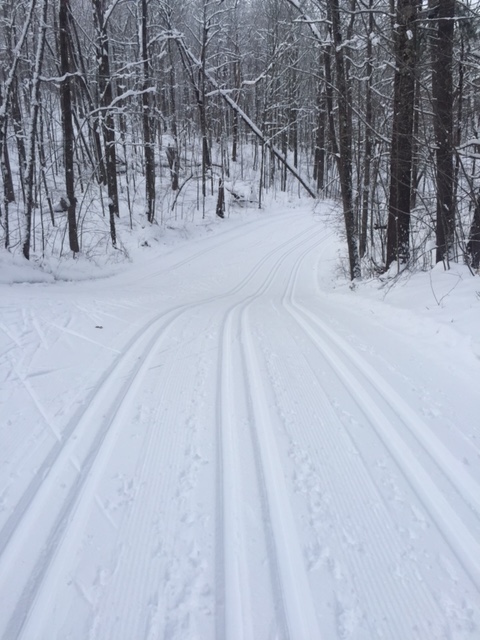 The trail was nearly perfect yesterday. 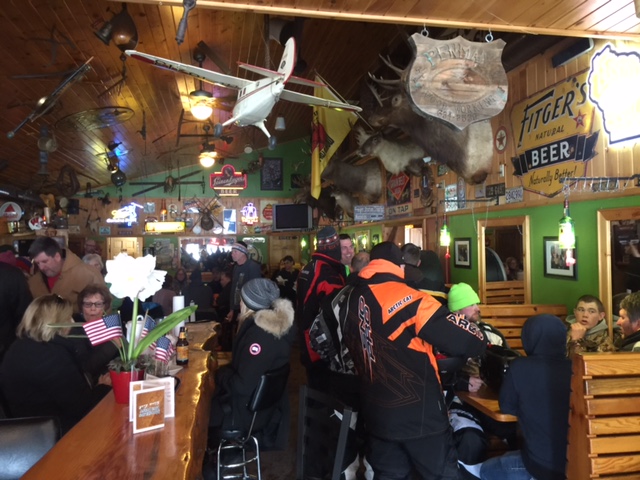 Sawmill Saloon yesterday. Getting ready for the Packer’s game. 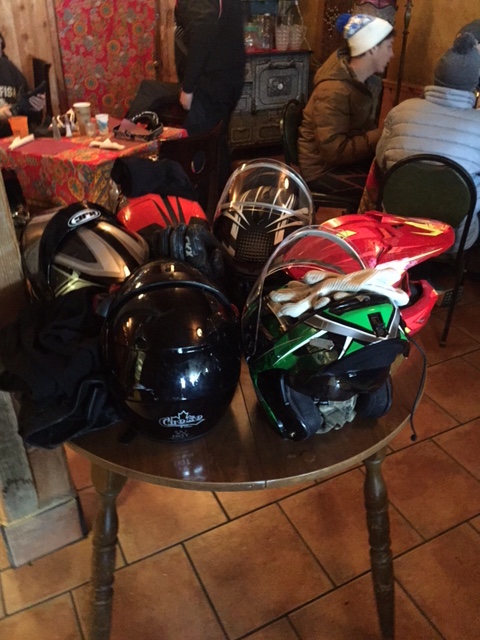 The snowmobilers take over. 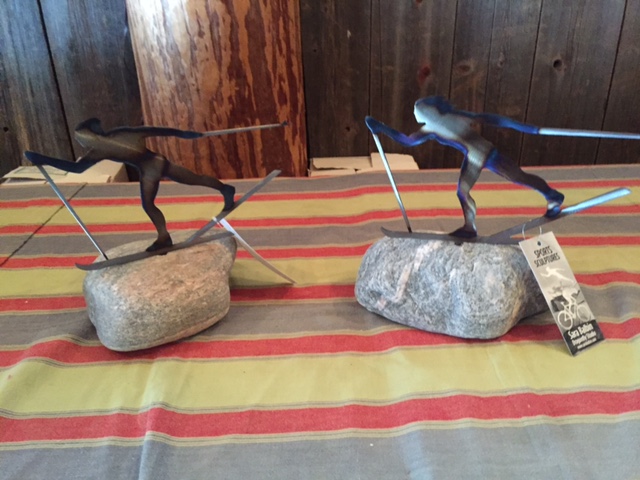 The trophies for the race yesterday.

7 thoughts on “it’s cold in them thar hills”