This post is about two guys I’ve met through the sport of cycling, Rand Perkins and Ned Overend.  Two guys that are worth knowing.   I guess the main thing they have in common is that they have both seemed to have drunk from the fountain of youth and have defied the aging process.  At least in comparison to most mere mortals.   They both give me hope that the next few years won’t be so awful athletically.

I’ve know Ned for a long time.  I raced with him in the early 80’s when he was living in San Diego.  He rode the Coor’s Classic on my professional road team, then we were team mates for a spell on the Specialized MTB team.   I know him pretty well.  I miss hanging with the guy.  I really enjoy talking to him, but his schedule now is a little more complicated than when he used to race full-time.  He still works for Specialized, but actually seems to work now.  He has to fly all over the world, which you might think is super, but after a while, it becomes a job.  But, even though he has a hectic schedule, he seems to be able to keep super form.

Rand, is a different story.  I met him when he was already in his mid 40’s.   At the time it seemed like he was really old.  How naïve was I then.  Ned and I had just flown back from Japan and were in Atlanta doing a Cactus Cup MTB stage race.  We were kind of jet lagged and the few days before were rainy.

Anyway, we were pretty confident that we were good enough to win the event.  I’m pretty sure it was during the dirt criterium, which was a mini cross country, that I first noticed Rand.  Ned and I were together in the lead and this guy kept hanging around, just a couple hundred meters back.  We were riding through a swampy field and it took a ton of power.  I thought we were going good enough, but the guy was gaining.  Ned finally told me to leave him, which I did.  I think Ned held on for 2nd, but not by much.

After the race I went over and introduced myself to Rand.  He was 8 years older, mid 40’s and hadn’t really been racing bikes on a National level at all.  I asked around and only heard incredible stories about how he could kill anyone on the East coast in a climbing race.

After that, he was on my radar screen.  Eventually, his wife, Laurie, invited me to the Nob Scorcher race she promoted.   I drove out there because I was going to do a road race the next day in Atlanta.  We stayed with them and every since then I consider them friends.

I tried to stop by whenever I went by.   Rand once took Bill Stolte and I on a super MTB ride “near” the Great Smoky Mountain National Park.  Rand had read something in Bicycling Magazine about how riding bikes affects the parts of your body near the seat.  He must have been having some issues, maybe not,, but for whatever the reason was, he had ridden for a couple months with no seat or seatpost on his bikes.

He took us on a 50 mile MTB ride and stood the whole way.  We actually dropped Bill on the climb.  The descending wasn’t so great for him, without a seat, but that wasn’t his forte anyway.  Bill and I were blown away.  There was absolutely no way we could have done the ride standing.

After that, he took me paddling.  It was beyond embarrassing.  I was doing a Swanee River paddle and his turnover was like each second.  I could see him for maybe 30 seconds or so before he disappears around the bend.

Now Rand is the guy to beat standup paddling.  He and Laurie spend their winters in Florida and he beats up on just about everyone that competes against him.  He is 63 and has won 12 out of 18 races he did last  year.  Pretty crazy.

Anyway, below are two links to recent stories on both Rand and Ned.  The articles go into depth about each one’s athletic history.  If you have some spare time, check them out.

I am very fortunate to have met both these guys.  I am lucky to be able to call them my friends.

Here’s Ned’s article from Outside Magazine. 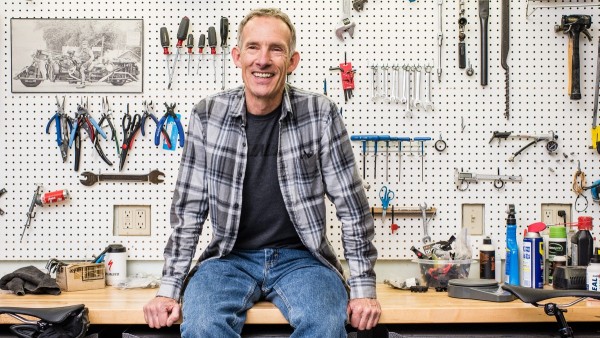 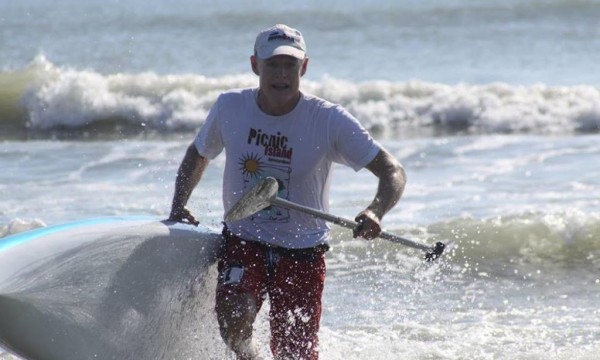