‘Today is Eddy Merckx’s birthday.  He is 70.  Pretty incredible.  I never raced against Eddy.  He was just a tad before my time.

He is uncomfortable being labeled the best of all time.  He said, “I don’t like it when people say I was the best ever. It’s silly. I am not the best ever. I was the best of my time. You cannot compare generations. There was Fausto Coppi after the war, Anquetil, Hinault, Indurain, Fignon. I never rode for the glory. I rode because I like cycling and winning. But not to say I am the best.”

He might not think it, but he didn’t convince me much with that statement.  He won 5 Tours, 5 Giros, 7 Milan-San Remos, 3 World Road Championships and set an hour record of nearly 50km, on a “regular” track bike.  He won 525 professional races during his career.  Doubt that is going to be repeated anytime soon.

Anyway, Happy Birthday Eddy.  You are the best. 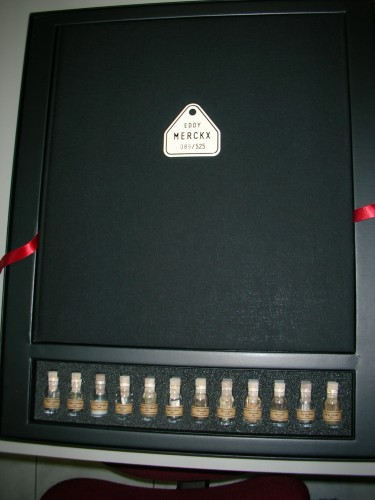 I have one of Eddy’s special edition books. 525, one for each of his professional wins. 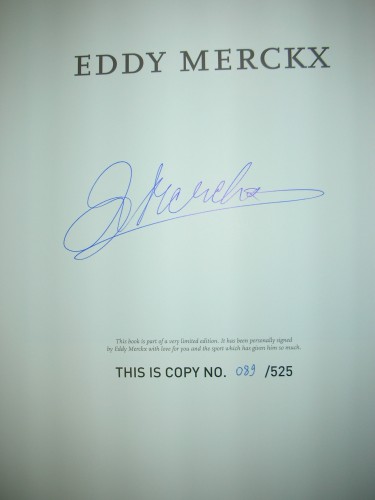 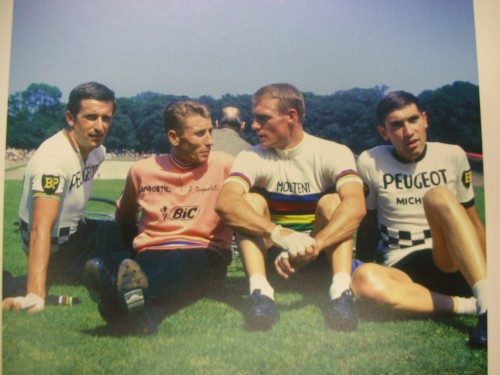