While I was riding yesterday I was seeing a lot of things that makes me wonder how lazy we have become.

First, I was riding through a neighborhood and saw a woman get into her SUV.  She was putting a pillow into her back and it had an automatic opener.  So, she was standing there as the rear was slowly going up.  She threw the small pillow into the back, pushed the remote and the back started back down.

It got me thinking about how much we pay for luxury, or really, how much we expect to have luxury.  I don’t really understand this automatic everything.

Let’s just look at cars.  It is nearly impossible to buy a new car with manual windows nowadays. I just replaced an automatic window opener in my van.  It wasn’t that expensive, doing it myself, but I would just as well be not replacing it.  Are we so lazy that we can’t turn our arms around in a few circles every one in a while to open and shut our car windows?  Seems like it since automatic windows are the standard now.  Same with door locks.  Or automatic doors, or seat adjusters.  All these things take energy, from gasoline, and they add weight to the car, which takes gasoline to move.  So, it reality, we’re happy paying extra for all these “luxuries”.

Same with lawn mowers.  I hardly see anyone mowing their own lawns in many neighborhoods. And when I do, the majority of the mowers are either self-propelled or riding.  People just walking behind their mowers as the mowers drag themselves across the grass.  Really, it isn’t that hard to push a lawn mower.  Maybe for older people, I can understand.  But, it not like you hardly ever see anyone using a real push mower.  My next door neighbor, who is 87, mows her lawn with an actual push mower, like non gasoline.  It is a pretty big yard and she is pretty incredible.  If she can do it with a manual mower, then the rest of us should be able to push a gas mower around.

And at the grocery stores.  All the stores are adding more and more electric carts so people can drive around the aisles and not walk.  I do understand that there are a few people who actually need these to shop.  But the majority of people I see using them walk into the store, get in the cart, shop and then walk back out of the store.  And most are pretty big, like fat big.   It would probably do them good to walk a little while shopping.

I could go on and on here.  We pay for these conveniences.   People don’t even look at the window sticker of a car and think, man, I could save $3000 if my car didn’t have automatic doors and adjustable seats.   If there was a stack of hundred-dollar bills sitting in the front seat of your car one day, like 30 of them and all of a sudden it was just manual doors and you had to slide back and forth to adjust you seat, would you take the money or leave it the same?  I would probably hate the answer most people would give to that question.

I saw this guy yesterday throw his cigarette on the ground, lit still, right before he went into a Starbucks.  This is pretty common, I guess, by all the cigarette butts lying around everywhere.  I don’t understand why it became okay to do this.  I see it all the time out riding.  People just throwing lit cigarettes out their car windows when they are done.  I remember seeing both the driver and passenger of a car do that at a stop light once, one car in front of a police car. Nothing happened.  Pretty much makes it legal if no body enforces it or says anything.   It is just laziness not wanting to put the cigarette out and put it where it belongs, in the trash.

Anyway, it doesn’t take that much more energy to do things the “non-lazy way”.   When the automation goes bad, which in invariably does, it takes a bunch of time to fix it.  Like my car window.  I had to order the part, disassemble the car door, install the opener and put it all back together.  It cost money and time.  Plus, someone, maybe me to a certain extent, paid for this convenience up front.  And it wasn’t cheap.

Sometimes it is just better using the manual hedge clippers.  There is a certain zen surrounding sculpting a bush with hedge clippers.  And this is just an analogy of lots of things in our lives that are better the more simple they are.  Automation sometimes leads to frustration and extra work.  Not to mention it, many times, reeks of laziness.   That is not a good thing. 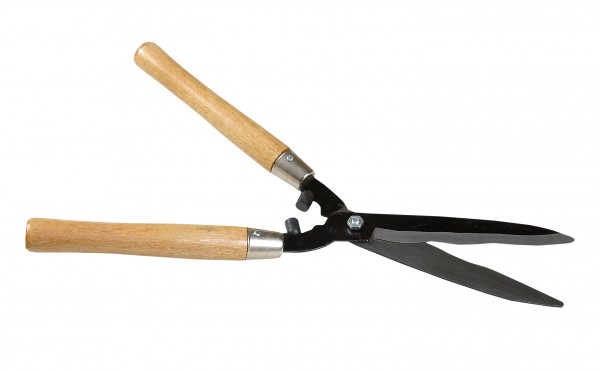 Maybe use a pair of these soon. It would probably make you feel good.