It has been pretty much exactly 10 months since I crashed and broke my hip.  It has been a slow process getting back up to speed.  Last week I rode a little over 400 miles and it only bothered me a little.  Anyway, I’ve been thinking about the dangers involved in the sport and I’ve decided that I’m going to put cycling on the back burner and give running a try.  Competitive running.

I met a guy in Del Mar, California last year and he knew a lot of numbers.  He was telling me that Floyd Landis holds the Strava record up Torrey Pines.  He went on to say that he was really a competitive runner and that he specialized in the mile.  He knew all the mile world record times, for each age group.

He went on to tell me the times and said that I would “only” have to run a 4:35 to hold the world record for the mile in my age group.

That got me thinking.  I haven’t run a mile for a few years, but I used to run one a year, on the track, just to make sure I could run under 5 minutes.  It wasn’t a jog, but I could pretty easily run under 5 minutes without any training.  I know that wouldn’t be the case now though.

I got the thought that the reason the time is so slow is by the time most good runners are in the 50’s, they have destroyed their knees and joints enough that they can’t run.  So it makes sense that there aren’t too many guys around that can run super fast that have a running background.  So, a cyclist would be the perfect athlete to run, because we haven’t destroyed our legs.

After breaking my hip, I could barely walk, yet alone run.  But walking Bromont the last couple weeks, I’ve ran up  a hill by my house and think I can manage it.

So, today I’m planning on running to Lawrence on the River Road.  I know, 35 miles might be too big  a chunk of mileage to start off with, but I’ve ridden the road pretty much every day the past week and know it like the back of my hand.

So, I’m going to put in some earbuds and just go for it.  I only have some hiking boots, not leather, but light, so I figure that they will give me some stability, which I’ll need.

I just want to get enough of a base to start track workouts.  I figure the longer I run, the higher chance that I’ll have to injure myself, so I’m going to limit my workouts to the track.

I plan to do the  Mile World Record Attempt  by Memorial Day, the 12 month anniversary of my hip fracture.   Nice way to come back from an injury. 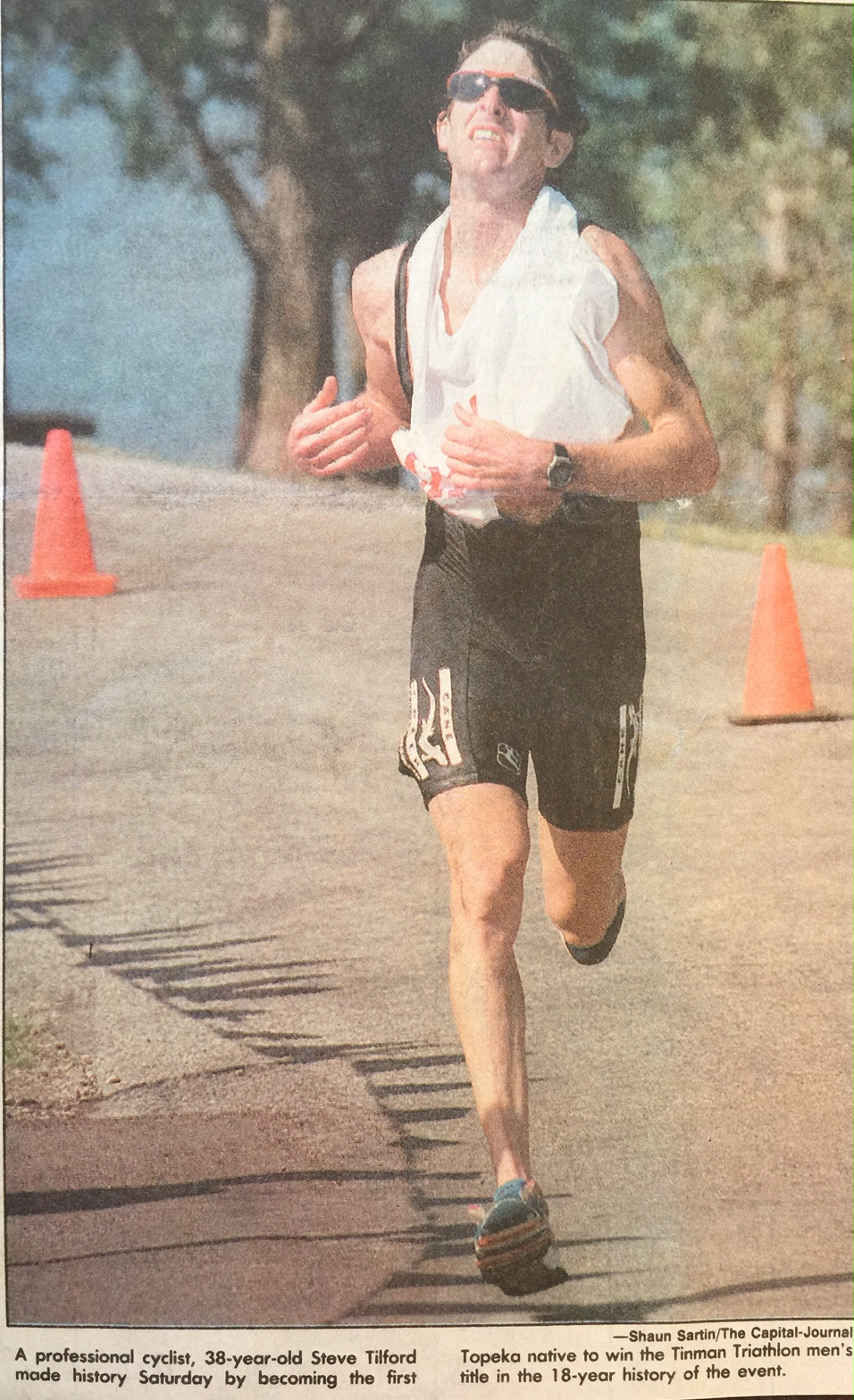 Obviously my running form is stellar, so at least I have that going for me.