Yesterday went pretty badly.  Much worse than I’d anticipated.  We took Bromont over to K-State with the intention of leaving him there for 3 days, having a splenectomy, plus recovery.  We had our fingers crossed that maybe the hemangiosarcoma was isolated to his skin.  Looking back now, I should have realized that wouldn’t be the case.

We gave him a kiss and drove the hour home.  Just a couple hours later, the surgeon called me and told me that in the chest x-rays they found nodules, cancer nodules.  And he wanted to know what we wanted to do.  Of course we got back in the car and drove back and got him.

So, it’s a pretty done deal.  There is no treatment for this specific cancer in dogs.  He has slowed down so remarkable quick, it is disturbing.  Maybe he was just super worn out from the whole ordeal at K-State, but he only did about 100 meters on his evening walk.  Plus, he’s barely eating.

We’re going to take him up to Wisconsin this weekend for a last romp in the Northwoods.  It’s his favorite place in the world and he is super comfortable up there.  I’m not sure what we’ll do after that.

He’s been a very good friend the last 11 years.  I’m going to miss him like crazy. 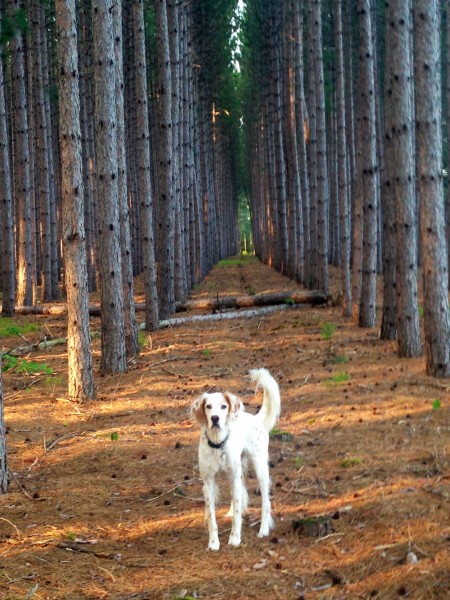 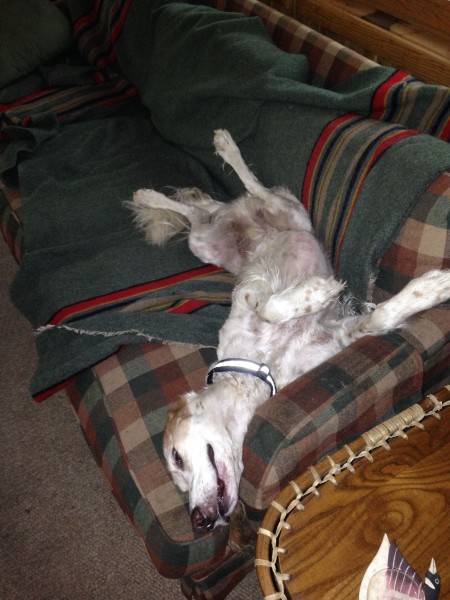 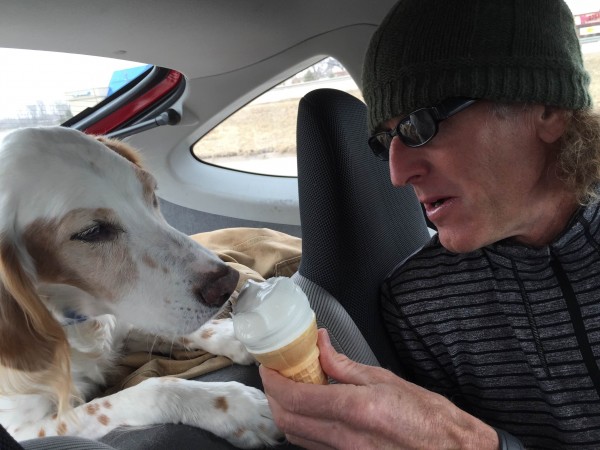 We got him a ice cream at DQ after we picked him up. It’s his favorite treat.