I saw a couple days ago that the Tour of California selections were out and Chris Horner’s new domestic team, Airgas/Safeway, was absent.   That really surprised me.  I meant to post about it then, but got caught up in life.  There are a lot of reasons that they should/need to be in the race.  You can see some of these reasons, here, at RKP.

Anyway, I looked over the list and can’t really see a domestic team that needs to be omitted.  That would only leave not having one of the Pro Tour Teams left out.  I’m not sure the ratio of Pro Tour to domestic teams is mandatory, but I’m sure they have that correct.

I read a couple articles about Chris’ response to being snubbed by the Tour of California.  He is vocal and adamant about the injustice.  He’s not shy about saying his thoughts.

“I don’t know what the promoters are thinking. They’ve obviously done harm to the race by not bringing me. You left the only current rider with a grand-tour résumé who was going to show up, and I’m a past champion there.”

He also said, “…I’m the No. 1 rider in the US and certainly the strongest and have the best résumé for stage racing.”

You can go to Peleton and checked out his whole interview if you’re interested.

I’ve written a couple posts on Chris Horner.  I like the guy.  But he has made some career errors and bad decisions.  First and foremost was winning the Tour of Spain.  And calling it before he did it.  That was maybe a short term achievement, but it has caused him more harm than good since.  A Tour of Spain winner riding for a US domestic team is the result.

And, like all the articles about this snub have stated, he has a cloud hanging over his head.  He’s never been officially sanctioned, but his name is always there  and has been associated with doping. I haven’t seen it, but I guess George Hincapie said something about this in his new book.

That really must be there reason for his team being left out of the race.  They are trying to stay away from a potential controversy.  I don’t really blame them.  But, leaving his team out, really is a blow to domestic sponsorship. 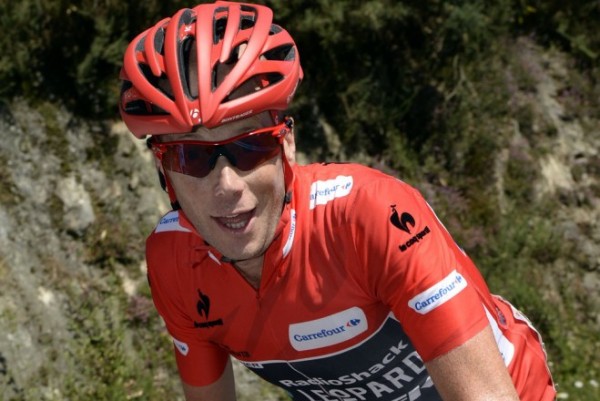 Chris isn’t smiling so much right about now.