The weather change today is the big news here at Cyclocross Nationals.  Yesterday it was just cold.  Like in the 20’s all day.  But the course was dry.  Today it’s a completely different beast.  It rained last night and is still raining.  It is barely above freezing, in the mid 30’s.  Super cold considering the conditions.

Yesterday I didn’t see much of the races.  I did get to see Paul Curley win his master’s race.  I read somewhere it was his 26th National title.  I didn’t get a chance to see local Kansan, Tom Price dominate his race and win his first National title.  Tom has had super bad luck the last few seasons and it was great to see it finally come together for him.

I did get a couple hours in yesterday, even though it was below 30.  I rode by and saw a bike shop in an Airstream trailer, in downtown Austin, then rode across the river on South Congress and meandered my way over by the course and then did a short loop through town.  It is always fun doing a city ride in Austin.

Trudi and Bromont came down along with our sponsor, Matt Gilhausen from Tradewind Energy.  Matt and Vincent are racing this afternoon at 2:45.  Matt hasn’t see the course yet.  I think it is going to be hard getting a rhythm on this course when the course is wet.  It is going to be super slick and tricky.

I’m trying to decide if I want to go out and ride the course some with these guys before the race.  I think I’m going to have to, I really can’t stop myself.  It will get me a better read for spectating  the next couple days, since that is what I am now, a spectator. 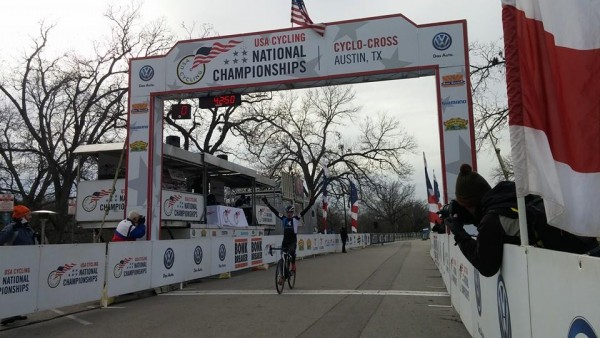 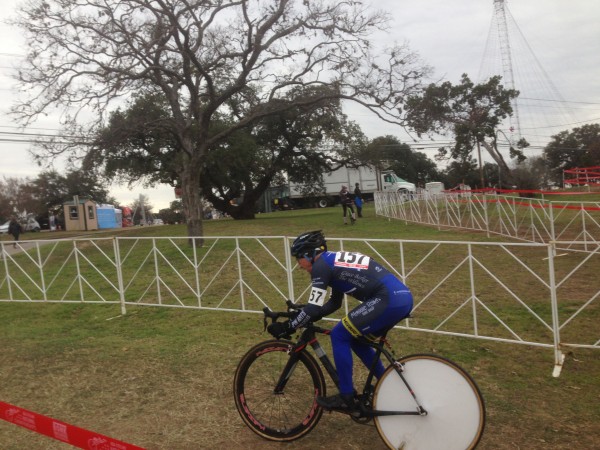 Paul Curley on his way, riding his signature disc wheel. 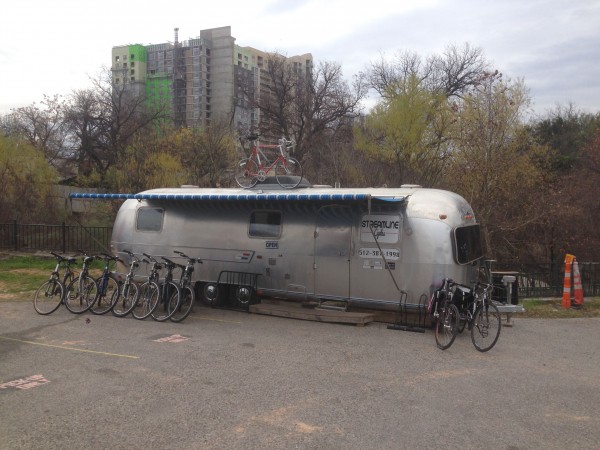 Brian Robbins Airstream Bike shop down by the river in downtown Austin. 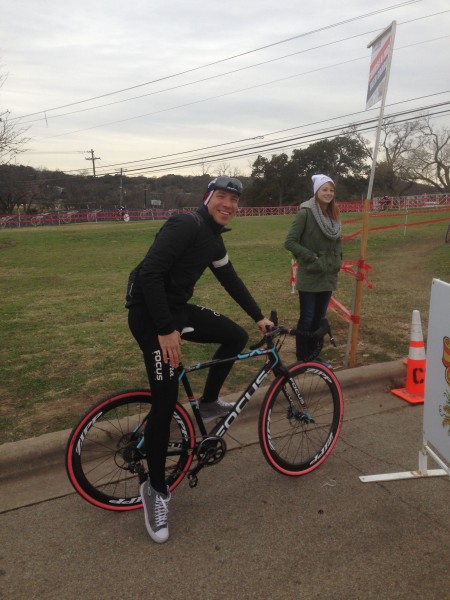 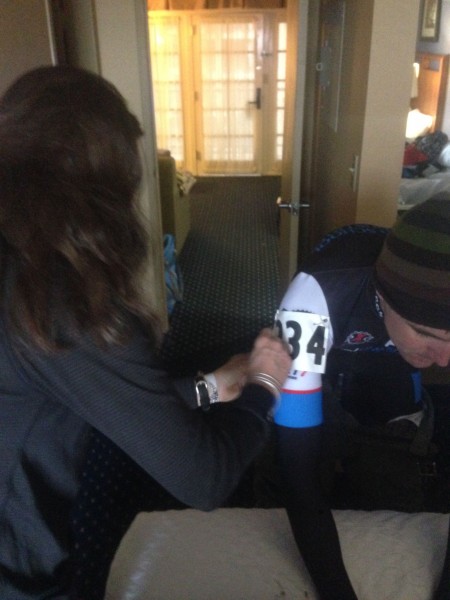 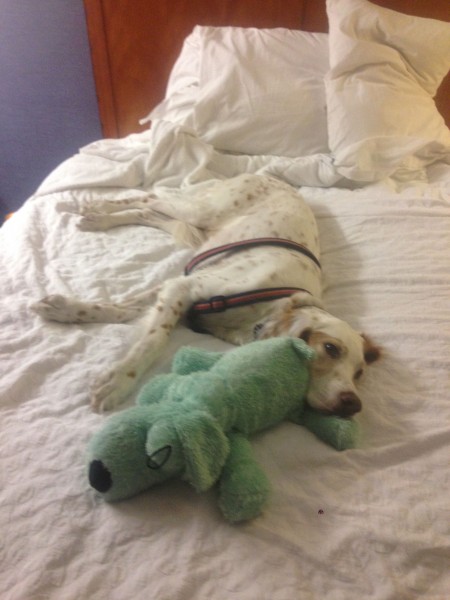 Bromont is very happy he made the cut. He always does. I’m not sure what he’s always worried about. 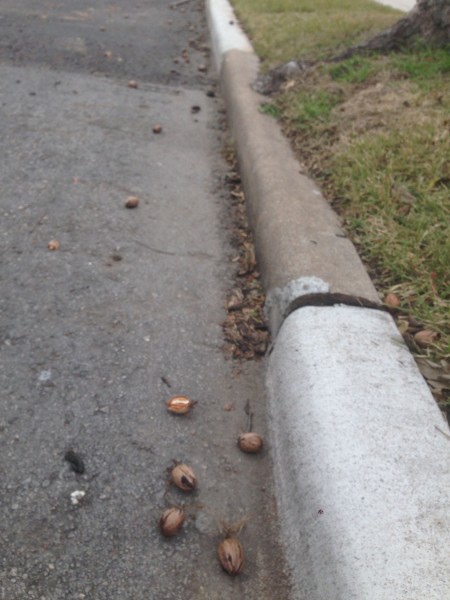 I’ve seen a bunch of people collecting pecans off the ground around town. This one guy had a little roller tool, with a cage, that collected them off the grass. It is sort of funny, but seeing all these people collect them made me want to pick a bunch up and fill my jersey pockets. I resisted the urge though.