On Thanksgiving, I went by a house I own in Central Topeka, to find that someone had kicked in the door and ransacked the place.  But, worse than that they had taken some bolt cutters and try, semi-successfully, to cut out the copper plumbing and wiring.

I would normally have been sort of upset, but this is nothing new in that neighborhood.  Central Topeka is not a very good area.  Actually, it is downright dangerous.  I bought the house back in the 80’s, when I was riding for Wheaties/Schwinn.  I was audited by the IRS and they disallowed most of my travel deductions because I didn’t have a “tax home”.  So, I bought this house and it just sat there.  The area was nice then.

But, it got worse and worse.  Now, I think most of the surrounding houses on the street are Section 8, and no one seems the least bit interested in doing anything about it.  I’m not.

This is the same house where I had three cars stolen from the garage.  So, it is nothing new.

Topeka, in general, has a fair amount of crime.  Nearly every property I’ve been associated with has been broken into.  Copper is what most guys are stealing now .   I guess it’s about $3.00 a pound scrape, so it is semi-valuable.  Lots of people’s central A/C units are disappearing nowadays here in Topeka.

I had my scooter stolen from my driveway a few years ago.  There are lots of people  that are hard up, that don’t seem to have a problem taking other people’s stuff.

I doubt I’ll even call the police.  I have the bolt cutters that the guys used to mangle the plumbing, but I am nearly positive that the police wouldn’t take a fingerprint or do anything to try to apprehend the guys.  I never was contacted once about the cars or scooter.  This break-in would be $1000’s of dollars to repair, if you were a regular guy, hiring people to do it.  But, that doesn’t seem to matter to the police anymore.  I think they are so over-worked that break-ins at vacant houses are nearly nothing to them.

On a brighter note, it is supposed to be in the mid-60’s today, so we’re heading out at noon for a longish ride.  Last nice day for the foreseeable forecast. 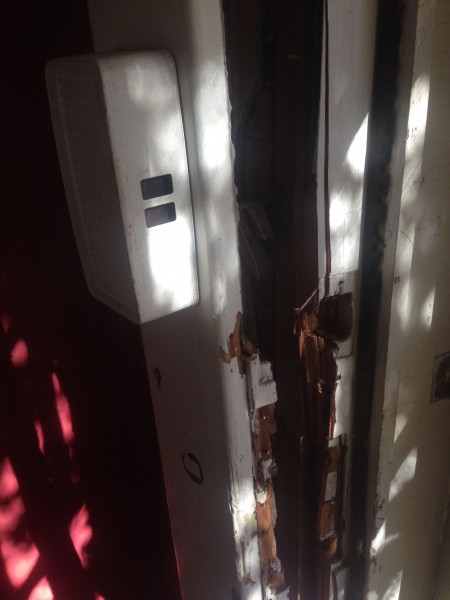 The front door was kicked in. I fixed it now so that it would be very hard to do. 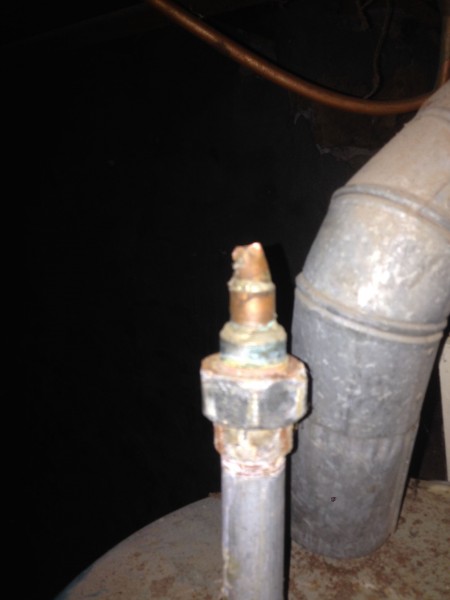 They only got about half the copper pipes. 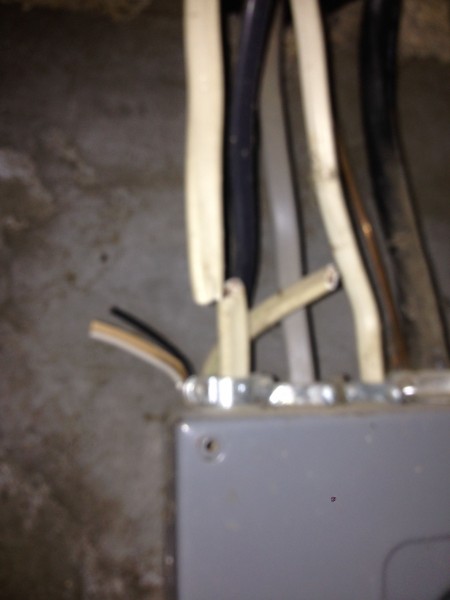 And none of the wiring. I am sort of wondering if I walked in on the whole thing and they took off. 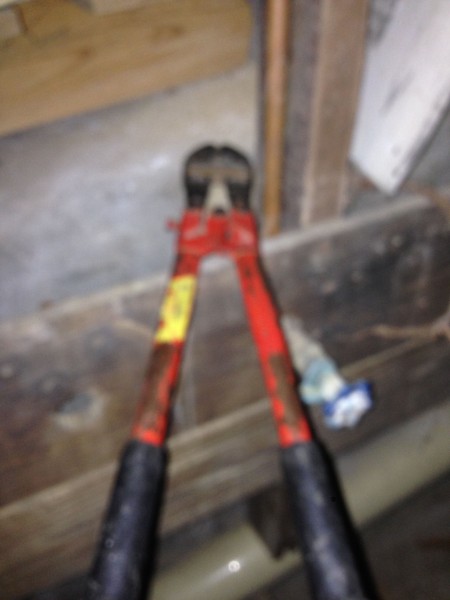 I found these down the basement. I hate these without the proper tools for the job!