I flew back to Minneapolis and hightailed it up to Cable on Friday.   The wedding of Pat Lemeiux and Gwen Jorgensen pretty much took up the whole weekend, as it should have.  Those guys really had a toned down wedding plan, but even with that intention, it took a lot of energy and time.

Lots of people pitched in to make the celebration successful.  It was truly a Northwoods wedding.  They got married in the Rivers Eatery, the local gathering spot in Cable, which happens to make excellent wood-fired pizza and other goodies.  Mick and Beth worked crazy hard and it was perfection.

It was amazing how many people came to Cable to participate in the festivities.  Pat’s dad Craig, made an eclectic, but heartfelt speech, and in it he addressed the Cable connection.   It was probably pretty strange for friends and family of Pat and Gwen’s to be coming to Cable Wisconsin, even though neither of them are from here.

The ceremony itself took a total of about 3 minutes.  Simple, sweet and prompt.  Gwen called the starting time and stuck to it.  Dennis Kruse, where we’re all staying, married them.  It was Dennis’ 2nd time to marry a couple, the first was Jeff Bradley and Deb Wood.   Dennis was dressed in lederhosen,  due to his German heritage.  It was fitting.

I had the pleasure to ride with Pat, the morning of the wedding and then with Pat and Gwen, yesterday, the morning after.  We rode singletrack both times.  The weather has changed up here, most of the leaves have fallen, it was a little damp and beautiful.  It is so cool that these two already appreciate the small things in life and aren’t caught up in, what could be a time and mind consuming,  squirrel cage.  There are a lot of demands on these two right now, and they are dealing with their situation amazingly great.

Yesterday, like I said, Pat, Gwen, Bill and I went out and rode some singletrack.  Gwen has improved so much on her MTB bike, even in the last couple weeks.  After the ride, Gwen put on her wetsuit and did a 30 minute swim in the lake.  She said it is officially closed for the season.  I have to take her word for it, since she was pretty much head to toe in neoprene.

I split wood for an hour and then watched the Royals game.  I hardly ever watch any TV nowadays and it was hard sitting there for more than an hour.  I finally just gave up, the Royals leading by a few runs, and went to bed.  It is good for the Kansas City area that the Royals are having such a good run at the end of the season.

I think Pat and Gwen are heading up to Duluth for a couple days.  It is a fun town and Gwen has never been there.  Outside Magazine picked Duluth as the best town to live in its October issue.  I don’t know about that, but it is definitely worth a visit.

I’m not sure what BIll, Trudi, Bromont, and I are going to do.  I assume we’re heading back to Kansas pretty soon.  BIll has been up here for nearly a month now.  He worked a few days, doing construction, with our friend Pete Caron.   Bromont could just live here forever.  It is his favorite place on the planet.  All he does is eat, sleep and run in the woods.  A perfect dog’s life.

I need to get serious about physical therapy.  I know I can ride my bike now, sort of mediocre, but the rest of the day leaves much to be desired.  Walking, sleeping, etc. is a chore sometimes.  I have no idea about cyclocross, I think I need to isolate the muscles that aren’t working and see if I can get them back on board.  Then I’ll try to start being a bike racer again. 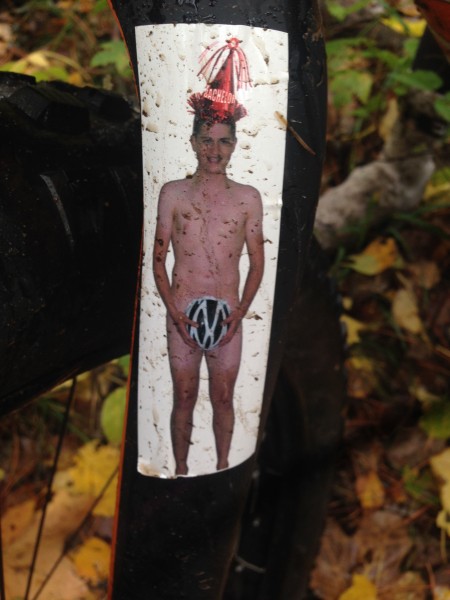 Pat’s bachelor party photo. This was on a fork on the pre-wedding ride. 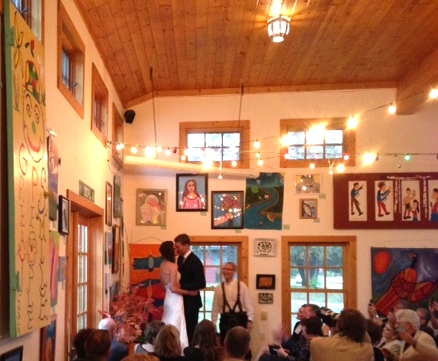 The after ceremony kiss. 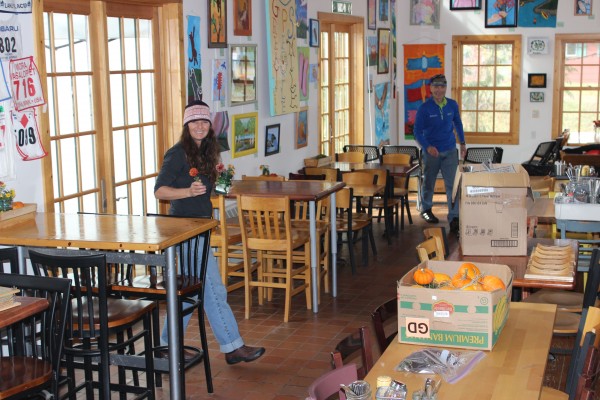 Trudi and Dennis decorating before the wedding. 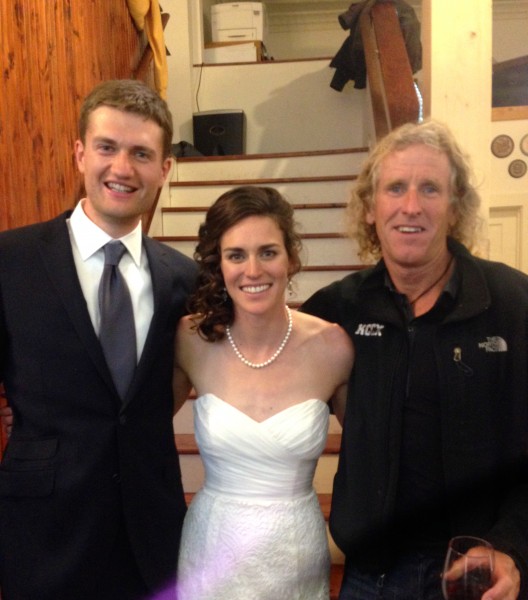 Pat, Gwen and me. 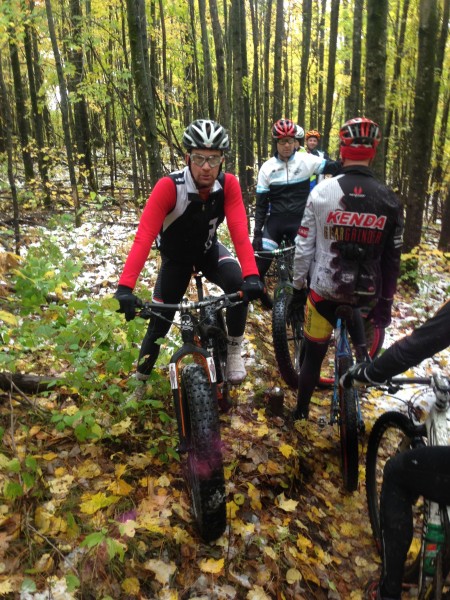 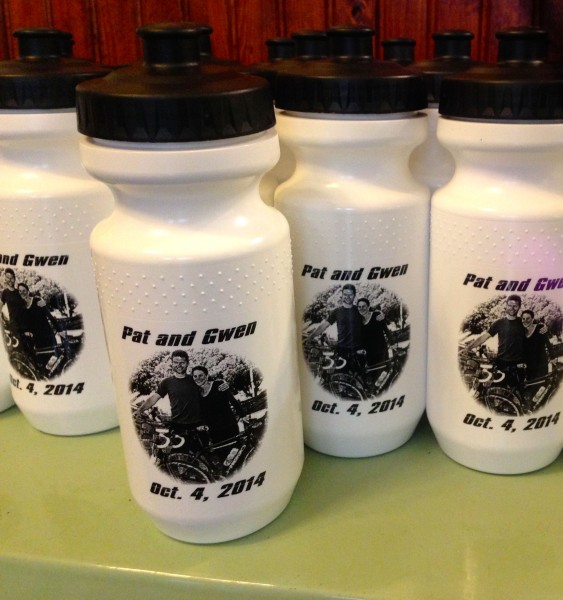 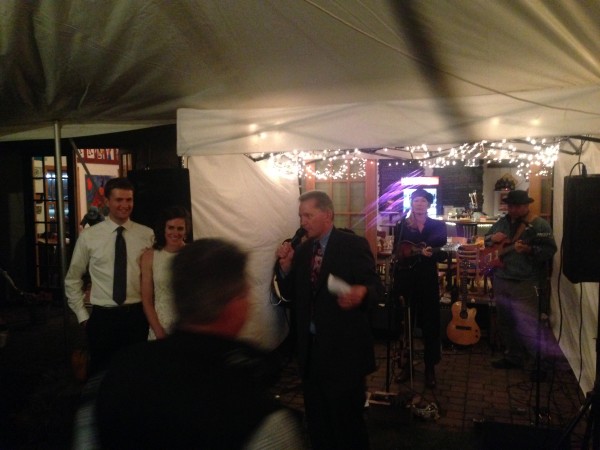 Not a good photo, but probably one that portrays Pat’s dad, Craig’s speech the best. It was a highlight of the festivities. 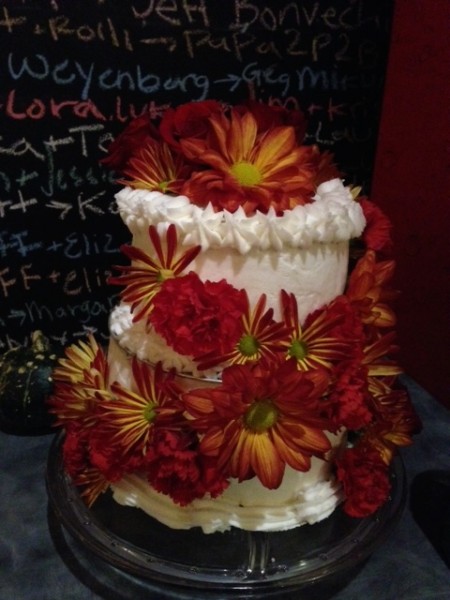 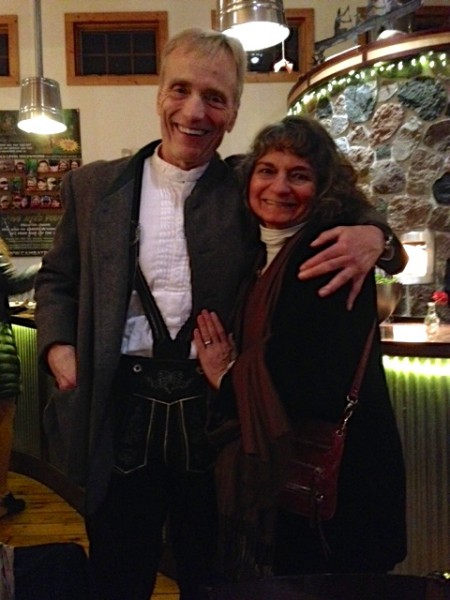 This is Dennis, lederhosen and all, and Sara Balbin, Gary Crandall’s better half. She is an artist and has DragonFly Studio up here. 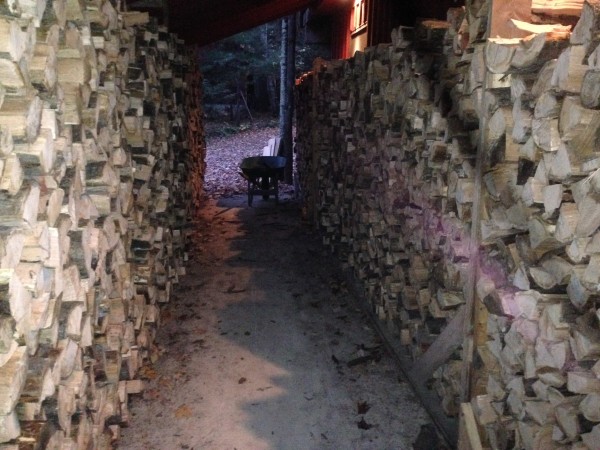 We’ve stacked a bunch of wood the last while.

5 thoughts on “Pat and Gwen are Married”