I was almost hit by a car yesterday while training. It was the closest I can remember in recent history. Maybe all history. It was so strange, because I’d received a call by a reporter from the Lawrence Journal World and been thinking about Cal Melick being struck and killed during the whole ride and then, right towards the end, I have a close call.

I was riding north on a road called Burlingame. I was on the top of a hill, just a little south of 61st street. The road has a dogleg in it there. So, I was approaching a left dogleg going around 20 or so. At the dogleg, there is a side road going off to the east. I was just getting to the left, when I spot a car coming from the north, pretty fast. Then, to my surprise, the guy just crosses the centerline and starts heading for the offshoot road. He sees me, just as I make eye contact. I realize I’m going to get hit, so my reaction is to swerve to the left, over into his lane. But, he does the same, while hitting the brakes and skidding. So I’m head-on again with him, but in his lane. About 10 meters from his grill I swerve to the right, trying to get back over to the other side of the road and I clear the front end of the truck, but he’s braking so hard that his rear end is swinging around and his rear bumper misses my left leg by about 6 inches. Obviously, I was pretty frightened.

I just looked back and he was stopped in the middle of the road. I decided not to go back, but now wish I would have. He and I both know how close we came.

I had been thinking about car/cyclists accidents and realizing that I know more and more people that are getting hit by cars. I guess the older I get, longer I live, it’s just logical that it is case.

I’ve been hit a couple times by cars. Nothing serious. Once in Santa Cruz, CA, I was hit and was knocked unconscious. I tore a pretty big hole in my ear, but other than that, it wasn’t bad. I’ve been fortunate.

But, getting riled about the whole thing isn’t going to solve the issue. Riding is more dangerous now than it was when I first started riding. The main reason for that is that there are just a lot more cars around. More people, more cars. Then 2nd reason, in my opinion, is cell phones. Nearly all drivers are somewhat distracted because of their phone. As a society, we haven’t figured out a way to address that yet, so that is just how it is, for now.

Even with the problem being acknowledged, I’m not one to blame anyone. There are such things as accidents. I hope in my friend Cal’s situation, it was just that, an accident. Someone doesn’t always have to be at fault. Things sometimes just happen and tragedies occur. It is just part of life.

If I would have been hit yesterday, I know the guy would have felt horrible. I could see it in his eyes as he was doing everything he could to avoid hitting me. And if he did hit me, it would have just been an accident, he just didn’t see me. He wasn’t on his phone and didn’t seem distracted, he just did not see me.

I have no desire to die right now, but these things are all assumed “risks” of living. I can’t be worrying about whether I’m going to get hit by a car every minute I’m riding a bike. I’ve that is the case, I couldn’t really ride, at least enjoy it at all. That would be so stressful. And one of the beauties of the sport is the stress relief it provides.

Let all try to not get too worked up about accidents. I’m sure Cal would hate it if he knew his death was going to make bike riding less enjoyable, even to one other person. He loved it so much, it would be a tragedy for that to be the outcome. 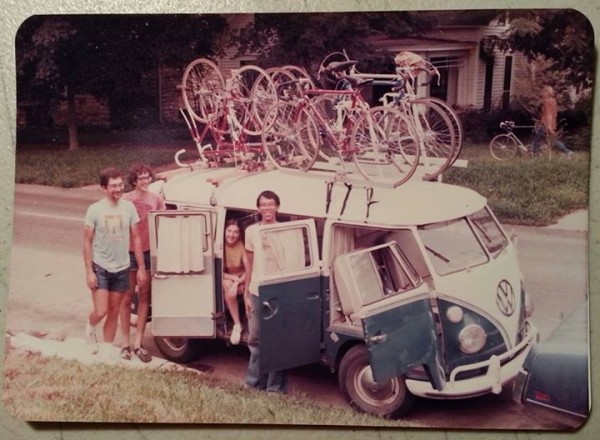