Man, this hanging out thing is getting old. It has sort of been a roller coaster ride for the last month. Right now, I think I’m in a big dip of the cycle. It is not like I am in huge pain or am in a really bad situation, it is just that being sedentary isn’t much in my personality. I’m not moving as well as I was last week, so I’m trying to stay off my feet, which is pretty easy just sitting at a hotel, in air conditioning, in a King bed, with World Cup soccer as entertainment. But, I’d rather be doing just able anything outside instead.

We’re up in Madison Wisconsin, for the US Elite National Championships. Trudi is working the race for the BMC Development Team. There are 4 Americans on the team, doing the races. They are riding the time trial and road race.

I went to dinner with the BMC guys last night. They are all super nice and fun. They all have a pretty complicated schedule, being on a development team that is based in Europe. A couple of the riders are doing Bend after this and two others are flying to Italy to do a stage race there.

Changing the subject, I saw an article that said that Adam Hansen, Lotto, is riding his 9th straight Grand Tour. So, that is the Giro, Tour, and Spain for 3 years straight. That is some crazy schedule. And it isn’t like he is just finishing the races. He’s doing a ton of work, plus winning stages every once in a while. Shit, touch guy. He also makes cycling shoes. Light ones. They cost 2000 euros or something stupid like that, but they weigh less than 100 grams. Don’t worry, you don’t have to stress about getting them because it looks like they are sold out this year.

And, since we’re on the 9 subject, how about Sven Tuft, Orica/Greenedge, winning his 9th National TT Championship last weekend? That is a lot. Plus he won the road race too. I remember the first time he came onto my radar screen. It was Redland’s Classic, maybe early 2000’s. He started behind me in the prologue time trial. It was a 5 km hillclimb, 30 seconds intervals. I was maybe 2 km up the climb, thinking I was going good, when he comes blowing by me on a time trial bike, in time trial position. I was stunned. I didn’t know the guy and he seemed too big to be going that fast uphill. I picked up my pace and went by him the last 500 meters, but he still throttled me pretty good, by close to 30 seconds. He was in the top ten, maybe top 5. After that, I realized that he was the real deal, which he is.

Okay, US vs. Belgium this afternoon. I’m making a few phone calls, but nothing much else on the agenda for the day. Sometimes, I would kill for a relaxing day like this, but right now, I’m pretty much hating it. 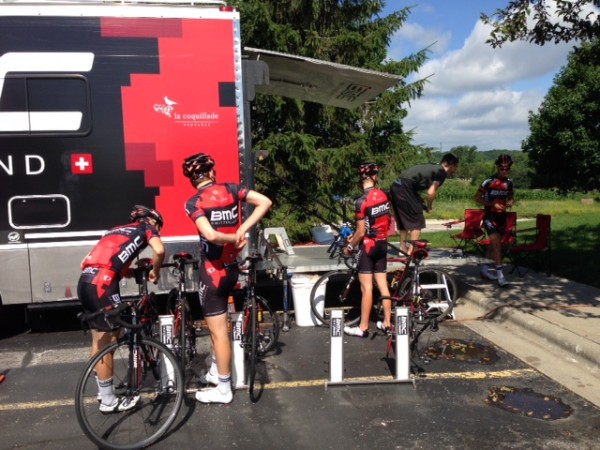 The BMC guys getting ready to ride over to the road course this morning. I was jealous. 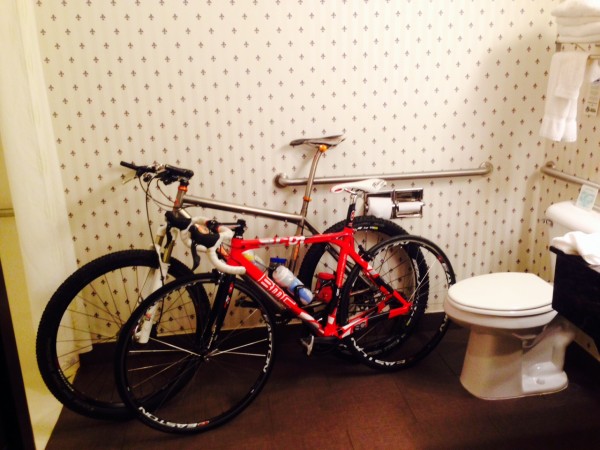 It isn’t often where I bring bikes into the hotel, since I have a big van. We’re in a handicap room, which is nearly true. 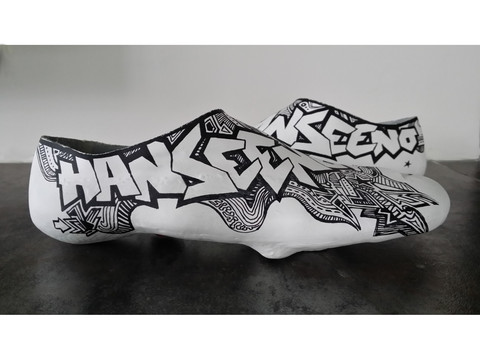 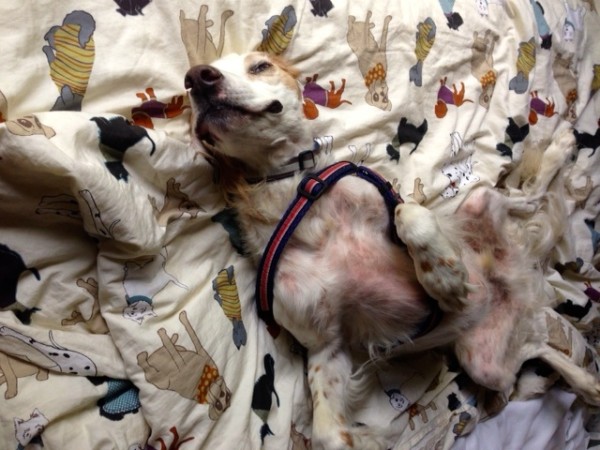 Bromont is a good hanger. He is nearly camouflaged here in the doggie quilt cover. It’s really hard to pick out Bromont from all the other puppies.

6 thoughts on “Hangin’ at Road Nationals”