Cadel Evans just took over the leader’s jersey at this year’s Giro. Cadel got into the race lead over a decade ago, in 2002, thus wearing the pink jersey, right after he quit MTB racing. I was positive that he was going to crack. He had that in his personality back then, completely cracking under pressure.

I knew that he was going to have serious problems because I’d raced against him for a long time, on and off-road. Cadel was obviously a cycling prodigy when he was young. He was unbelievably great when he was a junior and U-23, racing off-road. But, he had some issues handling pressure. When the pressure got serious, many times he would completely collapse. I saw it numerous times in MTB races that weren’t even that important. He took the lead in the Giro, 2002, towards the end of the race, and nearly had it in hand, but he was too green to finish it off.

But that was the old Cadel, or maybe more accurately, the young Cadel. Since then, he has won the World Championships and more importantly, the Tour de France. He really doesn’t have to prove himself anymore. So, he rides with that confidence that he’s attained through the years.

I have no idea if Cadel will win the Giro this year. It is way too early to say it’s a done deal. But, if luck is on his side, he stays healthy, upright and focused, he seems to be on the right track to have a stellar result. It is going to be an interesting race to follow. 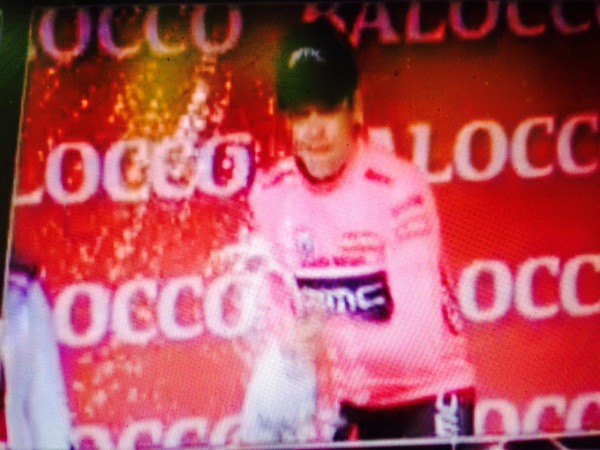 On the podium today. 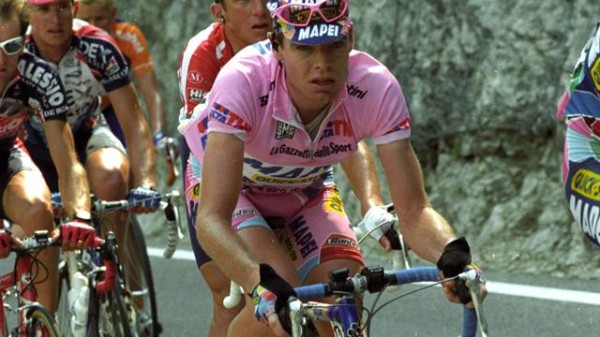 Riding in pink in 2002. Tyler Hamilton is behind him. 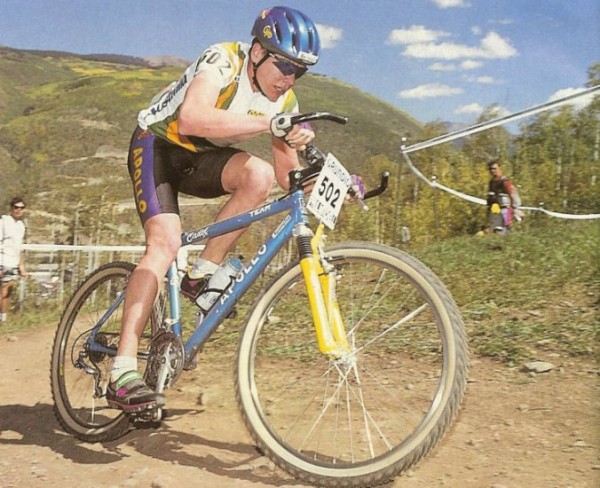 Racing in Vail when he was just a kid.