Okay, I’m in a time crunch, so this is going to reflect that. I have 3 days of work to do in a day. Plus I need to pack for Christmas, skiing and the next couple weeks. Anyway, I drove back and forth to Lawrence late last night just sand a layer of drywall compound and put on the final coat. I was driving my Honda Insight Hybred. That was an experience. I sure hope the roads are better today than last night. I had to shovel the driveway of the house I’m working at to get up the drive. That was at about 1 am. It was amazing how many people were driving around in Lawrence at that time.

I went by the bike clubs Christmas party over at Nan and Adam’s. It was good. I hadn’t eaten dinner, so I snacked my way through. I really didn’t eat a proper meal all day yesterday. That is how is seems to go in times like this.  I’ve been feeling pretty iffy, so it really doesn’t matter.  Trudi has been flat on her back the last 3 days with the flu.  She actually passed out and woke up on the kitchen floor.  That doesn’t happen to me, but when she was telling friends her ordeal at the holiday party last night, they all had have that happen.  That would scare the shit out of me.It snowed about 8 inches last night.  First real snow of the year.  It has iced a bunch, but not that much snow.  Last big shopping day before Christmas for the working people and slick roads.  That’s not good.  We do drive better, as a group, in snow here, than the people down in Dallas.  I guess that experience pays off in that respect.

Okay, how about the World Cup in Namur?  Belgium had a really off day as a country.  Only 3 riders in the top ten, two on the podium.  They didn’t win, Francis Mourey did.  WIth Lars van der Haar in the miz with his early season success, they aren’t having a great World Cup season.   I didn’t see the whole race, just a few clips from the action.  That course looked pretty unbelievable treacherous.

Alight, I’m not really very creative today.  I’m already thinking of the order of things I have to do working.  I’d better get on that. 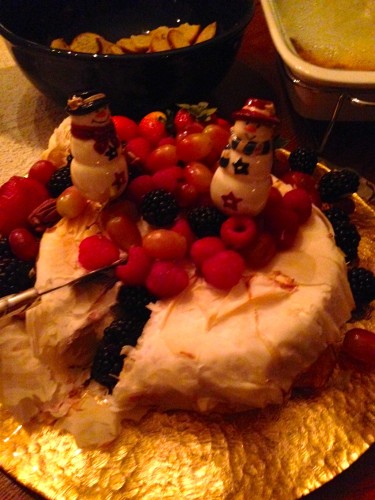 This was the majority of my dinner last night. Jeff Unruh brought it. 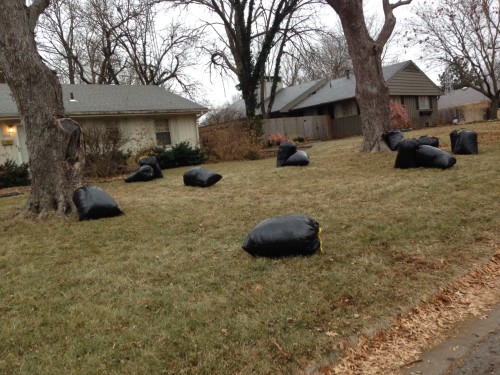 I have this pet pieve about bagging up leaves to send to the landfill. What a waste. 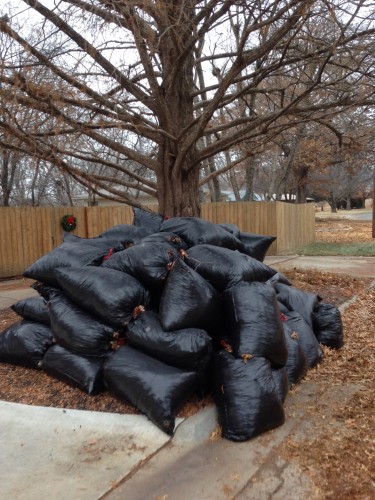 Half the drives in my neighborhood look like this in the fall. The weird thing is that they aren’t even going to pick them up for three weeks because of the holiday trash service schedule. They don’t do yard waste at this time. 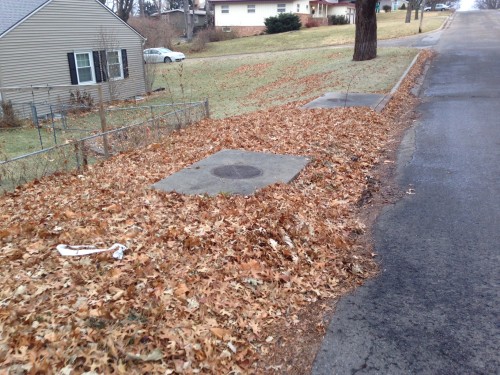 Also, another pet pieve, not cleaning the gutters in front of your house. It’s the homeowners responsibility people. It’s the only way the whole drainage system works. Now with all this snow, this storm sewers will be valueless when it melts. 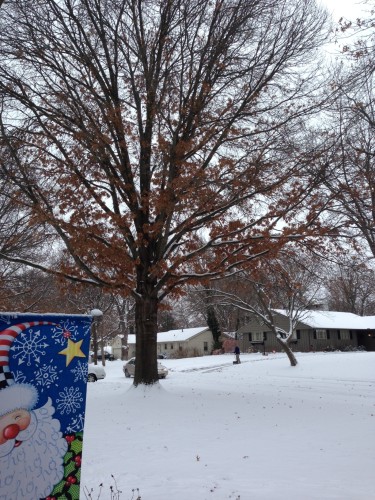 The oak trees in my front yard keep some of their leaves all winter. 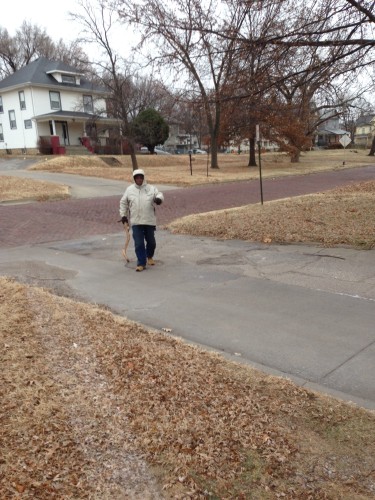 This character wandered up to me yesterday before it snowed. He wanted to do some construction work with me. 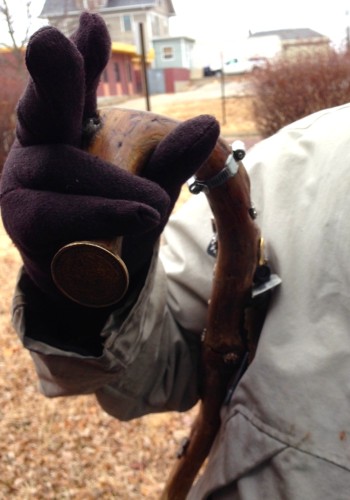 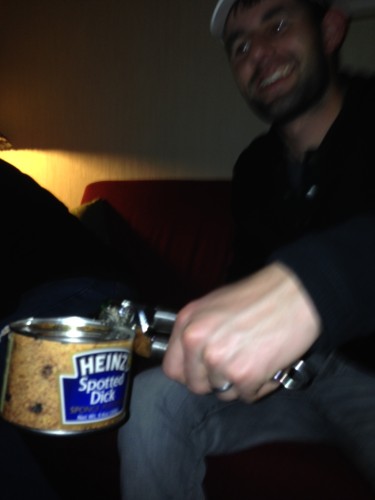 Here is Ian opening up a can of Spotted Dick at the party last night. I didn’t try any. 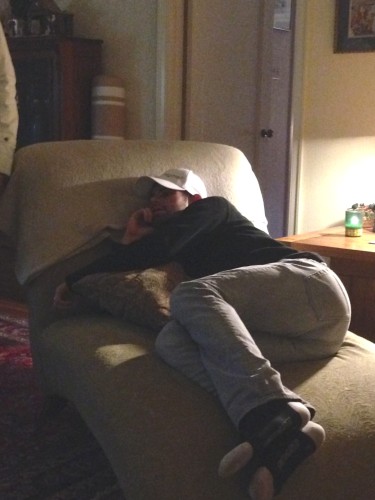 And Ian after the Spotted Dick. Must of had some pixy dust in it.