I was up on the roof of my house yesterday cleaning the gutters before the big storm that didn’t really happen. It got pretty icy and cold, but nothing like they were predicting. Anyway, when I was up on the roof, I was looking at a cupola type thing I build a few years ago when I was roofing my house. The cupola was there, originally with the house from 1963. My grand parents had a hunting dog weather vane. I took that down and put on a high wheeler. Anyway, the roof of the cupola is the cool part. It is cooper, with standing seams. I hand bent the copper over my kitchen counter and then pounded the seams flat. I hooked the whole thing down with cooper nails, not willing to try to do the seams on the roof and attach it the correct way. When I finished, I soldered the nails, so no chance of rain linking in.

Anyway, the whole project didn’t cost much, but I have a lot of pride in it. I like looking up there everyday I leave the driveway, seeing which way the wind is coming from, to help decide which way to ride. Working with your hands has a lot of rewards.

I’ve been driving down to Lawrence to help a friend with some projects. I though I was going to remove a bathtub and make it a walk-in shower. But that project got out of hand. She wanted one of the walls torn down and the bathroom made bigger. I had tiled the floors a few years ago and put in radiant floor heating, so I wasn’t that thrilled with the thought of ripping that up and starting over. So, I opted for project two, which was tearing down a wall by the front door to open up the living area.

The house was built probably in the 50’s and is a hodgepodge of construction techniques. It has been renovated and upgraded so many times that it is almost a science experiment. There is electrical running in the wall, so it has to be rerouted to another wall. The attic has 4 different types of insulation. With three of them being caustic. I put on a version of a hazmat suit to go up there. It works pretty well, but my arms are still itching from the stuff falling down on me during the demolition process. I’m trying to get it done before I take off to Chicago for Christmas. We’ll see. Okay, it is icy and cruddy out, so I’m just going to try to get a lot done over there today and maybe it won’t seem like such a rush. 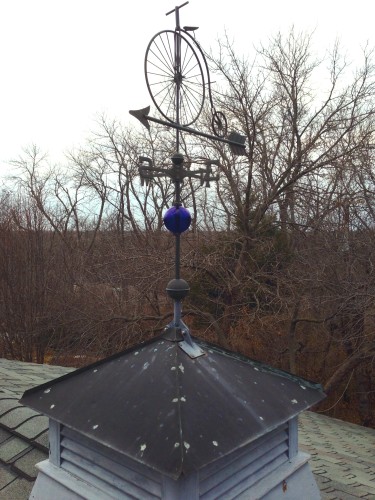 My cupola. It is gonna take 20-40 years from the copper to turn green. 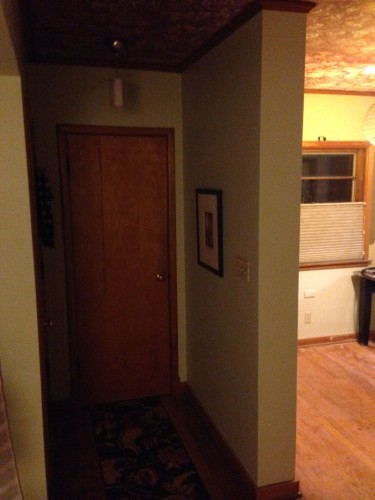 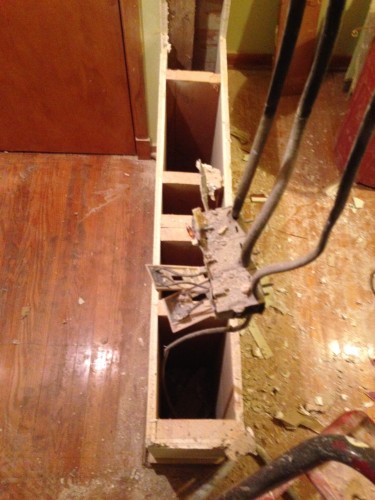 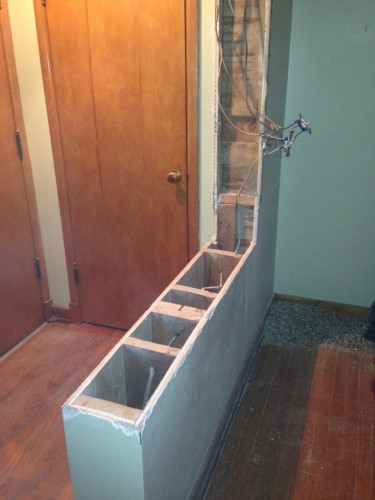 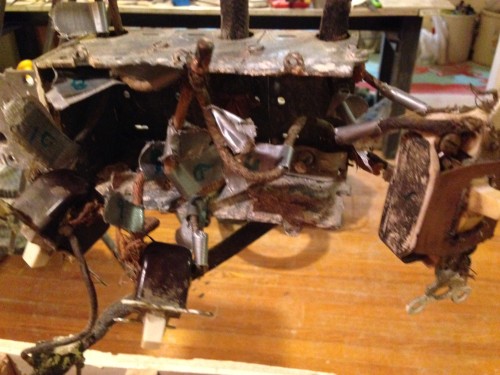 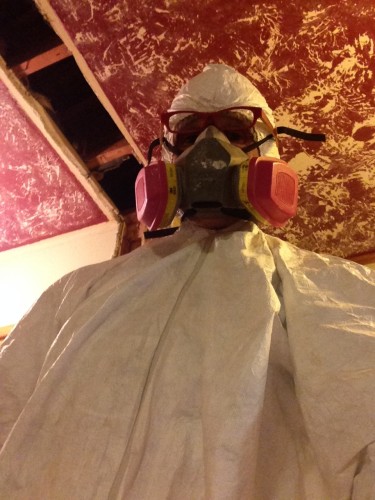 Ready to go up.

8 thoughts on “Making Things is Rewarding”