Since a few guys have “confessed” about the deal Lance made to win a million dollars, there is a lot of buzz around about deals in the sport and whether it is cheating or just part of the competition. I wrote and a post a couple years ago, when Alexander Vinokourovwas “caught” paying Alexander Kolobnev to guarantee a victory in Liege-Bastogne-Liege.

In that post, I told of a story about making a deal in a big money criterium in Northern California, the Coor’s Devil Cup. I scanned the newspaper article from the San Francisco paper and the article makes the situation look bad, unsportsmanlike and what some would consider cheating. It wasn’t.

In that post, I wrote – I’ve written about this before, but cycling is a very strange sport because of drafting and team tactics. The best guy doesn’t always win the race. And a rider conceding to not win before the race is officially over isn’t “fixing” the results. It is the weaker rider trying to maximize his results. It happens all the time.

The Lance situation is different. He got together, before the race, and made deals with at least one team, possible more, to “fix” the race. Then he made more deals on the road to guarantee he would win. Plus, there was “extra” money to be thrown into the equation. It wasn’t just the prize list that the sponsors, etc., had already spent. There was an extra $1,000,000 that was backed by an insurance policy. So, some unlucky corporation, or maybe individual, had to pay Lance out a lot of money because he won the Triple Crowne. That changes up the situation quite a bit. At the time, I didn’t think too much of it. But looking back now, it seems just wrong.

I’ve made lots of deals throughout the years. By lots, I mean lots. And I’m not unique. It is a common thing in the sport. It might be a simple as telling a guy in a break that you’ll pull even with him. OR splitting a prime with a guy you’re off the front with. But, it can be much more complicated, depending upon the situation. And hardly deals are ever made that actually change the finish places of the race. The deals that are made concerning finish order are usually just a rider conceding to another rider to try to maximize his place. I’ll give you an example of a couple situations where deals were made. You decide if you think they were “unsporting”.

The first case was up in Milwaukee, at a Superweek race, Alpine Valley. It was towards the end of the race. I was in a 5 rider group. There were 3 guys up the road, so we were going for 4th through 8th. It was a couple laps from the end and I was falling apart. I finally realized that I wasn’t going to make to the finish if I keep pulling even. So I decided to sit on. I started receiving a far amount of grieve for it, so I told the guys that I wouldn’t sprint and would finish last.

So, I sat on for probably at least 30 minutes. On the last lap, maybe 10 miles from the end, I looked back and another group of riders were coming up. I told “my guys” that they better get going. I started rotating through again, not wanting to get caught. The last time up the climb, maybe 5 miles from the finish, looking back, I could tell the group behind was going to catch us. Right then, a guy out of “my group” attacked. I sat, and none of the other 3 guys could respond. So I jumped up to the guy, but was done. He said something about pulling through, I told him I was dead, which I was, and said again, I wasn’t going to sprint. He pulled me to the finish, I didn’t sprint, but ended up 5th.

The group behind us caught the remainder of our group and I don’t really remember how they ended up, but not 4th or 5th for sure. After the race two of the guys from the original group came up to me and started giving me shit about beating them. They were pissed. I didn’t understand it at all. The situation had changed. I had made an agreement to get last in our group, which was 8th place. I didn’t make a deal to get 15th, which is maybe where I would have finished had I just sat on and gotten caught by the chase group. When the mix of riders changes, then all the deals are off.

Here’s an example of that. My team mate, Brian Jensen, got up the road in a big local race down in Oklahoma with Stefan Rothe and two or his team mates. It was really bad for our team, but I was riding like hell when they went up the road. I watched as Brian rode away with 3 guys on the same team and was thinking what a disaster that was. I was in the 2nd group with two guys from the Tulsa Wheelmen, Will Gualt and Janne Hamalainen. Plus, Chad Cagle, Stefan’s team-mate was there. The course was maybe a 6 mile loop with a hard climb every lap. Will and Janne are both super climbers and were pretty much doing a two man TT for hours. Chad and I were just sitting on. Chad, because he had 3 team mates up the road and me, because I was riding very poorly, using Brian being in the break as a pitiful excuse.

After sitting on for maybe 50 miles or so, I started feeling way better. Good enough that Will and Janne were going too slow for me climbing. I only had to worry about Chad, which is a big worry if it comes down to a sprint. So, with two laps to go, on the climb, I attacked. I got a good gap on Chad on the climb and felt pretty good going over the top and got into a rhythm. Crossing the finish line with one lap to go, someone yelled I was only 50 seconds back on the leaders. I thought that was impossible, but on the climb, I saw a couple guys from the break a lone. We were lapping guys too, so it was a little confusing who was who.

We I got to the top of the climb, there is a couple mile section along a 4 lane highway. Just a few hundred meters ahead, I could see Stefan and Brian together. I knew they were the leaders. I was planning on catching them and going right by them, but Stefan looked back just at the right time and saw me. When I rolled up, he instantly said that he had a deal with Brian. Then Brian told me they had a deal. Brian had made a deal with them 2 hours earlier, understandably, because he was out numbered 3 to 1. I told them I had no deal. Both seemed a little mixed up. Then I attacked. Stefan easily caught me. I told Brian to go to the gutter and drill it to the finish. The wind was coming from the left and Brian only left enough room for me, leaving Stefan in the wind. Even so, I barely outsprinted Stefan at the finish.

Stefan was super pissed. He immediately slammed on his brakes, did a u-turn, went to his car and left. Stefan and I go way back. He’s a super guy and really good rider. So, I emailed him that night and explained the situation. I told him the every same thing I wrote above. That all deals are off when the mix of riders changes. I gave him another scenario.

I asked him this. What if Will or Janne would have jumped up to them? It just happened that I was Brian’s team mate. Do you think Stefan would have told them that they had a deal and that they had to finish 3rd. No way. When the mix changes, then all the deals are off.

Here’s another deal, that I wasn’t involved in, but it still bugs me. Back in 2001, I was at a race in Arkansas or somewhere, and I heard that Ian Dille, an up and coming rider from Texas, had finished 2nd in the U23 National Road Race. That was an awesome result. Then I heard the play by play and was shocked. Ian was away at the end of the race with Mike Friedman, who now rides for Optum. Anyway, Ian was ripping Mike’s legs off and Mike told Ian that he wouldn’t sprint and would get 2nd. So, Ian buries himself all the way up the final climb. A few hundred meters from the finish, Ian looks back to see if they are going to make it and Mike jumps him and wins.

When I heard the deal from Ian, I was super pissed, even though it had nothing to do with me, my team, nothing. I told Ian that he should file a protest with USAC. He asked me on what grounds. I told him unsportsmanlike conduct. Ian was disappointed with the whole thing and accepted it as it was.

I remember reading Mike’s interview in Velonews after the race and he said something about Lance “acting” like he was dying for the TV in the Tour, then destroying Jan Ulrich later on during the stage. Somehow comparing that to his situation of actually telling Ian that he was conceding, then jumping him to win at the end. It was bullshit. From my perspective, Mike Friedman “cheated”. A deal is a deal in the sport of bike racing. Mike should have been disqualified.

Mike is a super good guy. He was green back then and would never do that nowadays. I’m sure if he had a chance to do it over again, he would.

I’m sure he now understands how serious and binding a verbal agreement is in a bike race. That is why I am still bothered by the situation today. There is no going back on your word in cycling. It is very important for the sport, that the deals, no matter what they are for, are always kept.

Anyway, these are a few situations in the sport that might seem strange to the layman, but goes on all the time in bike racing. It seems a little strange when money exchanges hands, but that usually isn’t wrong. Sometimes it might seem a little unorthodox, but cycling is a very unique sport, where drafting and other influences decide the outcome of a race. The deal making isn’t a bad part of the sport, it is just a part of it. 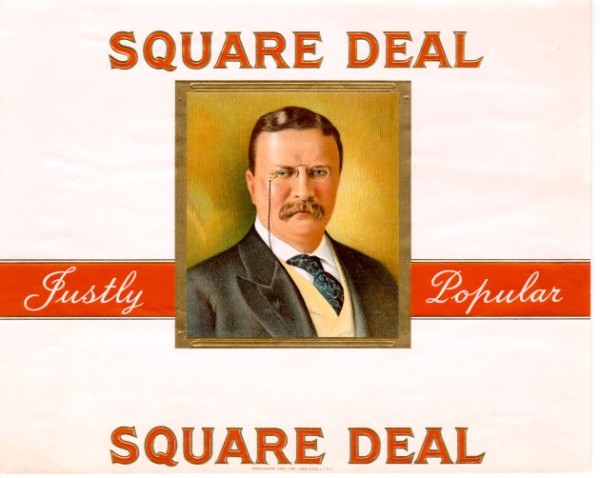 37 thoughts on “Deals, Cheating or Just Part of the Sport???”