It sort of amazes me how intolerant and impatient we can all be sometimes. You’d think Americans would be more tolerate than not, but in my opinion, that isn’t the case.

I was out riding yesterday, Sunday, and twice during the ride, guys flipped me off. I have no idea why. I was riding by myself, close to the right side of the road, I hadn’t run any lights or stop signs. And still, honk, then finger. That is pretty unsual in Kansas, but it’s becoming more common, which isn’t a good sign. It’s funny, or maybe not, that I seem to get these types of encounters more on Sunday mornings than any other day of the week.

I wonder why so many people get worked up about such nothings. I realize that I sort of live in a little bubble, not really participating in “normal” life like other people and I am pretty far removed from all the anger and rage that people tend to display when certain subjects come up. As far as I can tell, those subjects are, gun control, abortion, politics, and now healthcare. There are lots more, but those are for sure.

The healthcare thing is weird. The post I did last week was just about the acknowledgement that the healthcare system was broken. And that it was time to address that. Then so many people started going off about how screwed we were because of Obamacare or just the opposite. That wasn’t the intention of the post. I think everyone agreed, does agree, that our healthcare system is majorly fucked up, but when someone wants to address it, then everyone is up in arms.

What if you have a leak in your roof and you live somewhere it rains all the time. And the leak is right over your bed. All night it rains and you get wet and can’t sleep. You get up the next morning, having not slept and have to drag through the day. If you just keep status quo, eventually something is gonna give. Your health, you job, your roof, something. So, you decide it is time to fix the leak. You might not know anything about fixing roof leaks, but you need to try, to attempt a fix. So you go up on the roof and survey the situation and then do the best you can to fix the leak. Hopefully you do an okay job and you fix it, but since you don’t know anything about roofing, it is most likely it is more complicated than that. So you learn from your mistakes and then do it again until you do fix it.

That is the way I see the healthcare issue. The problem, problems, are huge and very complicated. The system is substantially broken. But, we needed to start to attempt to fix it. Like I wrote in my post, I really don’t have any idea if the Affordable Care Act is a good thing, a great thing or a complete bust. But, it is at least climbing the ladder to try to fix the leak. If it doesn’t work, then everyone should use it as information to try to do it better.

It is going to take a long time to get the healthcare system corrected. It isn’t going to be a short term thing. But the way everyone, all of us, seem to have such intolerance towards the process, it seems that we are all sabotaging the process of fixing the very thing that, we all agree, isn’t close to right originally, by being intolerant of ideas that we really don’t know much about.

The same goes with our politicians in Washington. We hire them to work for us. To have different view, but to be open to what is best for all. But, that isn’t the case anymore. They have taken such permanent sides that the system comes to a stand still. Nothing gets done. It’s all finger pointing and posturing. If Washington DC was a private corporation, all the officers would be fired by now. But they don’t, because there aren’t any repercussions to their unwillingness to compromise. Life always has small compromises. It should be no different in politics. Intolerance and politics are like oil and water. It used to be different, I don’t understand the change.

It seems to me that as we age, we should be more tolerate and open to new ideas, but it seems to be just the opposite. As people age they seem to be more set in their ways. You think that over the years you’d have so many more experiences, with so many more outcomes, that you’d realize that they are lots of solutions for the same problem. I’m not sure why we don’t use our life experiences and apply them to other problems?

Anyway, most of the people reading this have something in common, the bicycle. The love of the bicycle. It is such a simple thing. A silly thing that makes us happy. We put a lot of importance on it. We all use it for different reasons and get different pleasures and results from the one common thing. We are part of a big tribe. We need to understand even though we all have one common bond, we also think a lot different than one another. But, those differences shouldn’t be deal breakers. We need more tolerance.

The guys flipping me off yesterday seemed pretty intolerant to me. It was a weekend and I wasn’t slowing them down at all. I’ll never understand why a guy riding a bike can bother somebody so much that they get enraged. It seems to be the way our society is heading now. Maybe after the healthcare issue “is solved”, we can work on that a little. 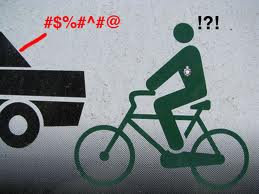 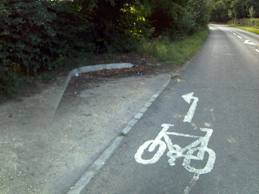 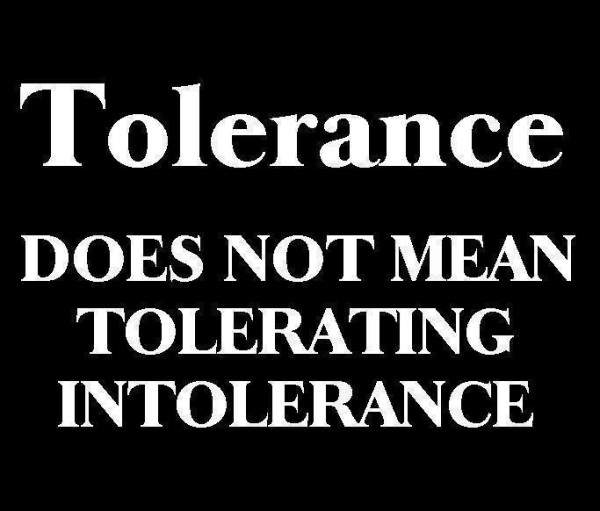