I’m finally getting around to posting about last Sunday. Well, maybe not last Sunday only, but some. I am a little in shell-shock from the whole thing. I knew going in that I was not anywhere close to in shape for cyclo-cross. But, that being said, I didn’t think I was that horrible.

The starts in these races are critical. And starting close to 50 guys back doesn’t help much. But I never got going any faster than the guys around me. I wasn’t necessarily being that lazy, I just wasn’t or couldn’t go any faster than my groups. And my groups were going a lot slower than the leaders.

I’ve never liked sand much. Especially sand in the United States. Our sand isn’t the same as Belgian sand. Our sand is much bigger and doesn’t hold a line nearly as well. But in Louisville, the sand held a pretty good line. I just sucked at it. It always caused me issues. It doesn’t help not to have a lot of power going into it, but you need to finesse your bike through the sand, not fight it. I was fighting it.

I didn’t get that sore from all the dismounts and short runs like I thought I would. That is an upside I guess.

Both the elite men’s and women’s races were exciting up front. Katie Compton kept it interesting in the front for the women field and the finish of the men’s race was super tight. Ryan Trebon had it in the bag, but clipped a pedal on the last off-camber climb and slid out. He was still in the lead at the top, but Jeremy Powers got by him and he kind of just melted, letting Ben Berden and Danny Summerhill ride by. I’ve never lost a race that close to the finish, but can imagine that it must have been super frustrating for Ryan.

I am in better shape than finishing 35th at Louisville. I just didn’t show it. I’m not sure I can show it right now, but you never know. I have to decide, like in the next 24 hours, whether I want to go to Iowa City and do Jingle Cross. I’m teetering pretty good on it. It costs close to $500 by the time you add in fuel, entry, hotels, etc. I’m not sure that is a well use of money. We’ll see.

It was great staying with my friends, Stacie and Karl, for the weekend. It is so convenient. Sunday night, Stacie invited a bunch of people over and Katie Compton and her husband Mark came too. I’ve never had a chance to talk much with either of them, so it was pretty fun. It is funny seeing people all the time and never having the opportunity to meet them properly. Both were super nice and very interesting. I enjoyed the evening immensely.

I’ve felt a little under the weather the last couple days. It doesn’t help that I drove back into winter for the first time. I rode my MTB bike yesterday for just a little over an hour and it was in the mid 20’s. Riding home later, after meeting the local guys for a beer, it was in the upper teens. I’m not ready for winter yet. It is supposed to warm up some today, so that will be better. 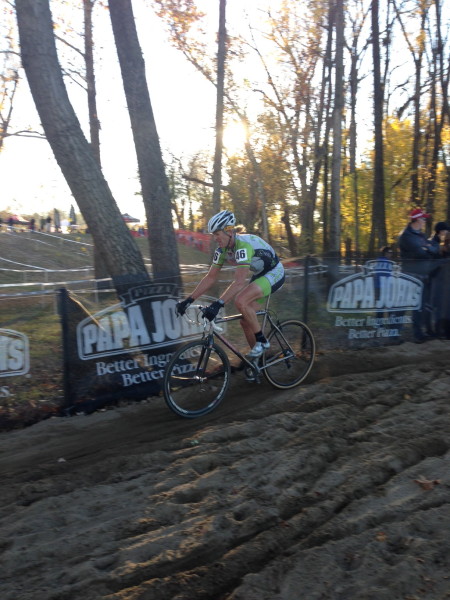 I was always off balance in the long sand section. 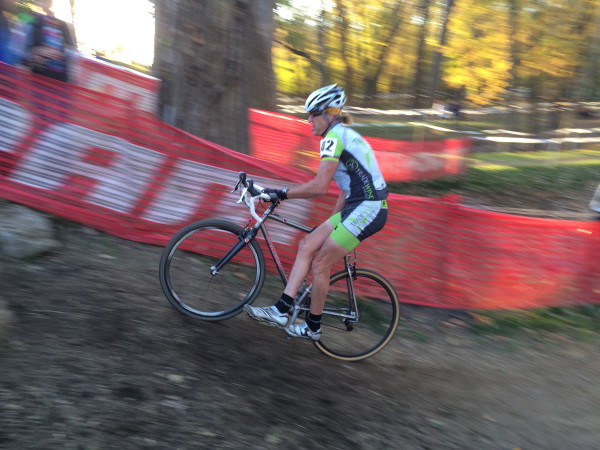 I kind of like this step through photo that Rich Wachtel took on Saturday. 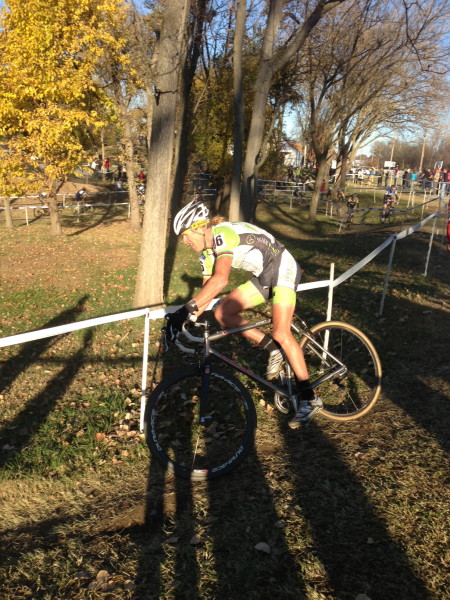 The men’s races weren’t until 4 pm, so the shadows got long early in the race. 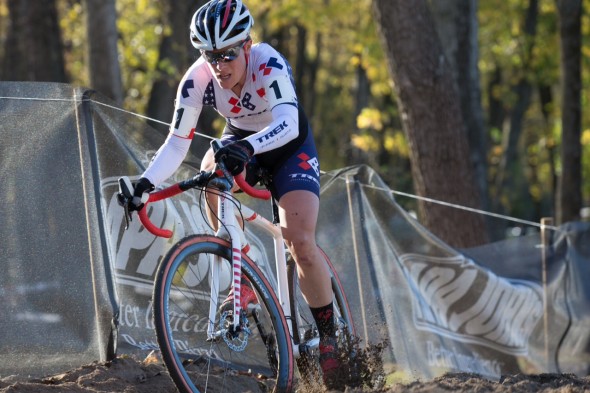 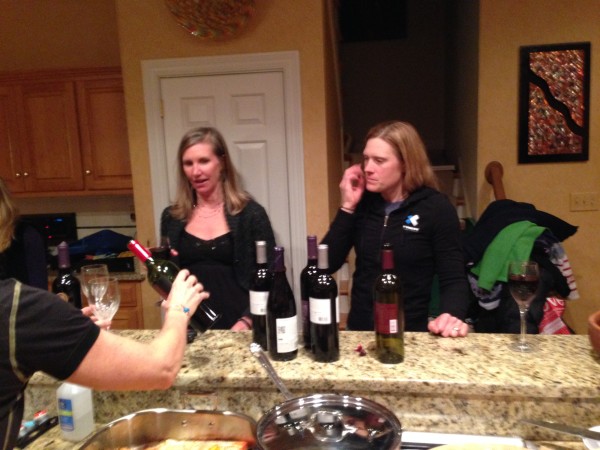 And after the races on Sunday night, she had no problem drinking lots of good wine.