I was thinking about riding the Mike Nosco ride on the drive back last night from LA and am still surprised about how enjoyable it can be riding up and down the canyons from the coast highway near Malibu. It seems like LA is just so congested and crowded, but climbing Deer Creek, Mulholland and Latigo, I’m pretty sure that not one car passed me the on any of the three climbs. And this was on a Sunday, late morning. Don’t get me wrong, it was a special circumstance with so my cyclists “hogging” the roads. And on some of the climbs, especially Latigo, there were a ton of motorcycle guys, in leathers, out for their weekend rides. But, considering how the area is surrounded by millions of people, it really is nearly abandoned. (Strava file info.)

It really is like this just about anywhere I’ve ever been. No matter the city, there is always a place to ride. Well, maybe not London. And Sao Paulo Brazil wasn’t too conducive for training either. But here in the US, no matter how big a city is, there are always rides, which is awesome.

And this is one of the big attractions of the sport for me. Being able to see different places at a speed that I can absorb it. Cycling is just the right speed. Running is too slow and the distances aren’t nearly large enough. And driving in a car, you are too removed from the surroundings when you are in an urban environment.

There were so many riders yesterday that I actually didn’t even catch up with a lot of friends that I saw or heard were there, but never ran into. I ended up riding a fair amount of the ride on my own. At the top of Mulholland, I had been climbing with the front group and we stopped at the rest area. My ex team-mate, Thurlow Rogers was a bit behind and just rode right by the rest stop. I wanted to talk to him, so I gulped a Coke down and took off chasing him. I thought he was only a minute or two ahead. But I chased all the way down to the coast, miles along the PCH and finally when I got to Latigo, I came to the conclusion that Thurlow must be somewhere else, because he couldn’t have been going that hard. I never saw him again the whole day.

I’ve never much into the group touring type rides, but this ride is different. I don’t really understand Grand Fondos. I don’t know if they are races or touring events? But I know this ride isn’t a Grand Fonda. It’s just a bunch of guys going out and riding with friends to help out friends. 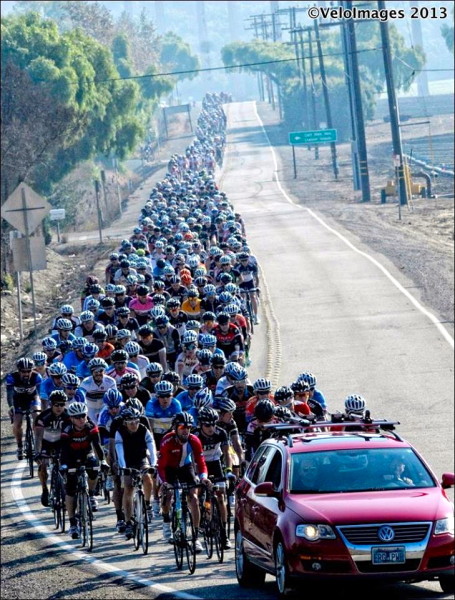 I didn’t realize how many people were there until I saw this photo this morning. 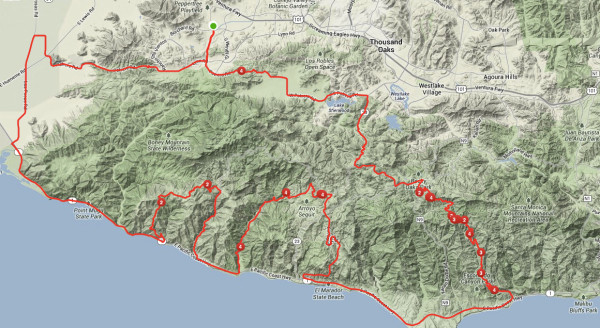 Map of the course. 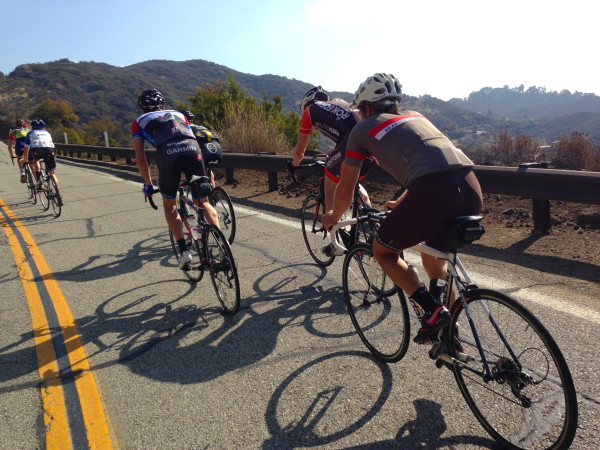 I rode the first half with a smallish group that included Dave Zabriskie. I didn’t catch the name of the rider in the brown. He was strong. I really liked his clothing. I’d never seen brown shorts before and they looked great. He told me they were locally made. Maybe someone can leave a comment about where exactly they come from. 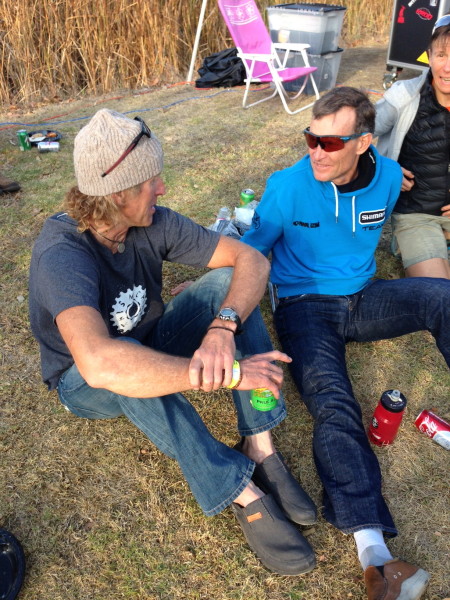 I did get a chase to talk with Wayne Stetina for a while after. 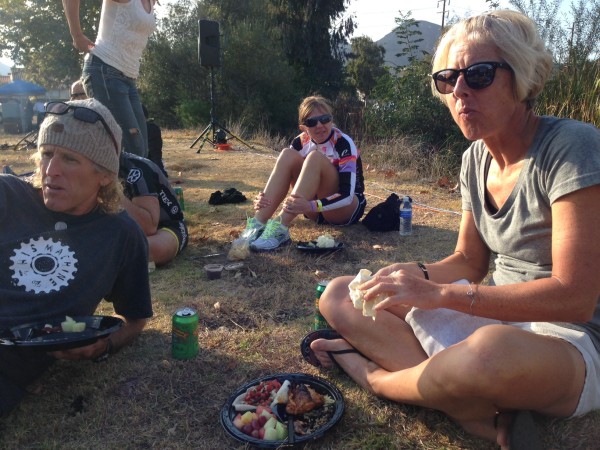 Here I am with Roy’s wife, Debbie. 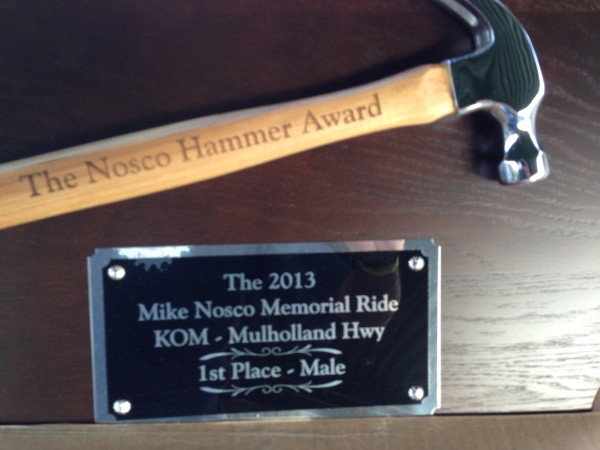 I guess there was a special award for the fastest Strava time up Mulholland. I didn’t know anything about it, but the plaque was pretty cool.

11 thoughts on “Riding the Canyons”