I”m not doing surgery on my thumb today. It’s sort of a relief. I wasn’t looking much forward to being out of commission for two months. It’s not that great though. The catch is that my thumb is too jacked up for the surgeon to repair. He said that he wasn’t sure that if he did the procedure that it would give me much relief or make the function of the thumb any better. That was enough for me. So, my thumb is just going to be gimpy for the foreseeable future. I’m hoping that it will heal up some on it’s own and gets a little more stable and less painful. I’m not so sure that cyclocross is the best thing for it, but I need a couple days to think it through.

It wasn’t a waste of time coming here. The guys at the Kleinert Kutz Hand Center are some of the best in the business and I can rest assured that I had very good information to make this important decision. It is amazing how complicated a hand is and that it needs its own offshoot of orthopedic surgeons to work specifically on it. I went by for a shoulder evaluation from Stacie’s PT guy, Jeromy. He suggested that I get a electrodiagnostic nerve test to figure out why a big portion of my shoulder muscle isn’t firing. My guy, Burt, has suggested this previously, so maybe it is a good idea. Just another thing.

So, back to Topeka. I still have a ton of stuff to do and need to put together a few bikes, so my thumb being in the mix will facilitate that immensely. It’s 10 hours back and it’s already a little late, so I should get moving.

I really have to thank my friends Stacie and Karl for putting us up the last couple days. Stacie has the energy of 3 people. It is amazing and sort of depressing at the same time when I think of how little energy I have in comparison. I hope to come back out to Lousiville for the UCI races here in early November, so I’ll see these guys again soon hopefully. 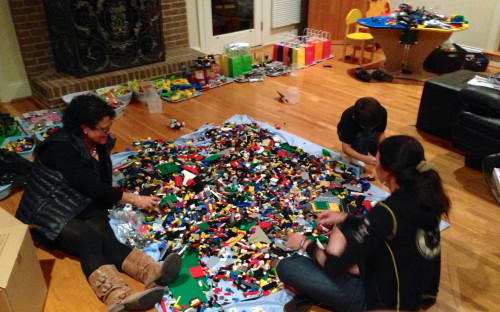 Trudi, Stacie and her son Adam sorting through “a few” legos for Adam’s birthday party this weekend. 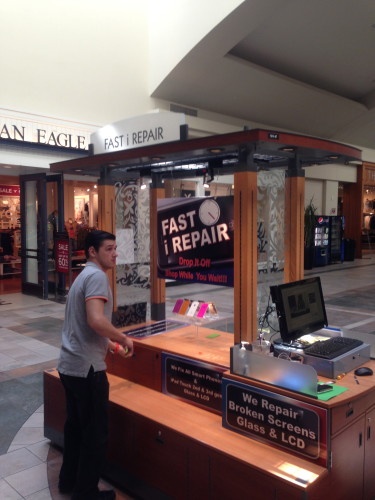 My iPhone was messed up and I went to the Apple Store here and they gave me a new phone. This guy was set up in the mall to fix broken screens etc. Pretty great idea. 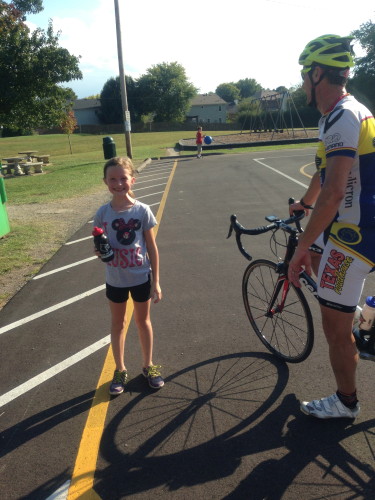 I went for a couple hour ride with Curtis Tolson. We rode by his daughter’s cross country practice. 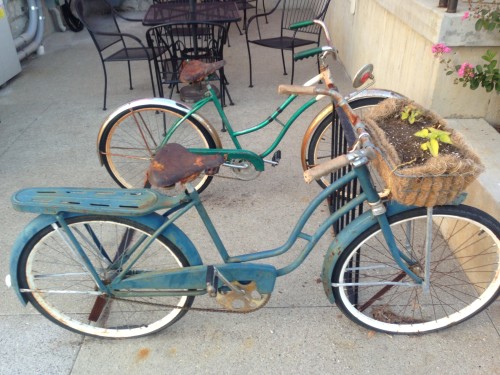 We went to dinner last night on Frankfort Street. It is eclectic and fun. 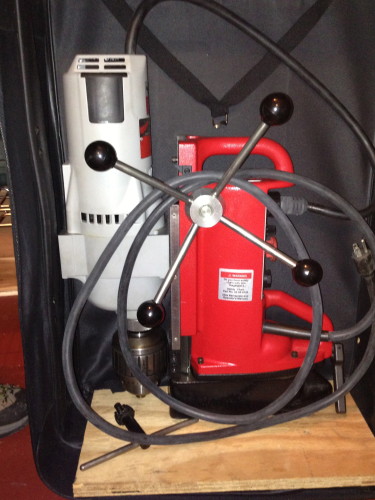 Karl has some pretty awesome tools downstairs. This is a portable drill press with an electro magnet base.