I have to admit, I’m pretty beat up. Maybe more beat up than any other time in my life, and I’ve been pretty beat up before. It is so strange how badly you can be injured from racing bicycles, but I’ve really been fortunate never to have been hurt worse than having to spend a few weeks off.

I guess the worse I’ve been hurt was when I crashed in the British Milk race, broadsiding a stationary car, going over 100km a hour. I broke my leg, collarbone and hand. But even then, I was riding within a month and racing less than a month after that. Bones seems to heal, but this soft tissue stuff is something completely different.

I don’t really know for sure how long I can’t ride for after this shoulder surgery on Wednesday. I’m thinking maybe 4 weeks, 6 weeks max. I’m going to be real careful not to do anything stupid to jeopardize the chances I have for the best outcome as possible. I say that now, but maybe after 3 or 4 weeks, I might be crazy enough that I do something stupid. My left knee that I hit on the bars a couple days before Nationals, when I fell, is still smarting, plus I have an issue with my right hand that needs surgery too. I might see if I can get an all inclusive deal while I’m there.

I’m gonna throw an ergometer into my van, just in case I can just sit on it and ride no handed. A recumbent ergometer would actually be best, but I don’t happen to have one of those laying around. Michael (Fatka) has one up in Ames. Maybe I’ll drive by there on the way back and hijack it for a couple weeks.

I don’t get along all that well with altitude. Actually, I didn’t used to get along all that well, but maybe that has changed. The last few times I’ve been out to Colorado, I’ve felt pretty great riding. I don’t do much with Strava other than download my rides. But, last year I noticed that I had a couple Strava KOM’s from just riding in Colorado. Both were on the same ride, one riding along I-70 and the other from Frisco to the top of Vail Pass. I have no idea how these could of been, since I was just out for a ride from Silverthorn to Vail and back. Over 1200 people have ridden one and 700 the other. I assume that some guys out riding to Vail would be riding much harder than me just riding by myself. I think both of these segments are on the Triple By Pass ride each summer. I don’t get it.

I was straying, sorry. Anyway, I’m wondering if the recovery the first few days is going to be bad, sleeping over 9000 feet, plus being wiped out from the anesthesia and trauma to the shoulder area. I have to admit, I’m a little spooked about the pain and discomfort that I’ve been told I’m going to experience. I usually have absolutely no issue with pain from injuries. But, I’ve been warned by lots of people that this particular procedure is really, really painful. I know that ripping the tendon/muscle off the humerus was pretty uncomfortable, especially at night, So, I guess having a few holes drilled into the bone and big screws stuck in will probably be worse. Maybe it won’t be as bad as I anticipate.

So, today is the last road ride I’m going to be doing for a little while. It’s my birthday, so I’m going to be happy to get out. A group is meeting at my house at noon. I’m not one much for tradition, but I do like riding my bicycle on my birthday. It is supposed to be in the lower 50 today, just like yesterday, but it is going to be really windy, gusts over 40mph. I think it is going to be tough keeping our group as a group. Too much diversity in fitness levels for that strong of wind. I usually try to ride side wind both directions in wind like that. Headwind, tailwind doesn’t really work that well.

I’m driving out to Denver, tomorrow, Monday ,and have an appointment with the surgeon on Tuesday afternoon, with surgery scheduled on Wednesday. I now wish I would have done this last Tuesday and Wednesday, but I really just lucked into this situation. I’m sure the time will fly.

Vincent, my friend who lives in Denver, texted me and said he has a scanner that scans two sides at once. He wants me to bring out old articles and photos to scan, to use later. I think that he is thinking I’m going to go a little nuts, but he does have a good idea. I’m just not sure I have the energy to pile a bunch of that stuff into the van and haul it out to Vail. It is a good idea though. 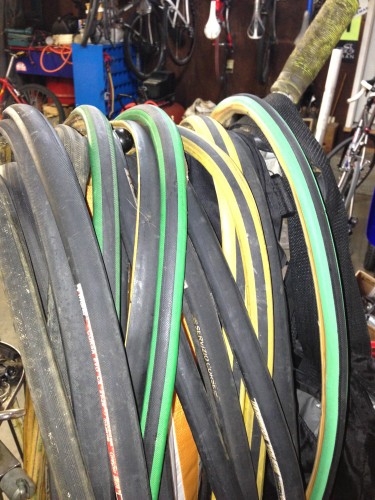 I’ve been trying to catch up on things that take two arms. I changed the oil and filters in the van. I saw this pile of tires, some that need to be put back onto my cross wheels. I didn’t have enough time or energy to do it though. 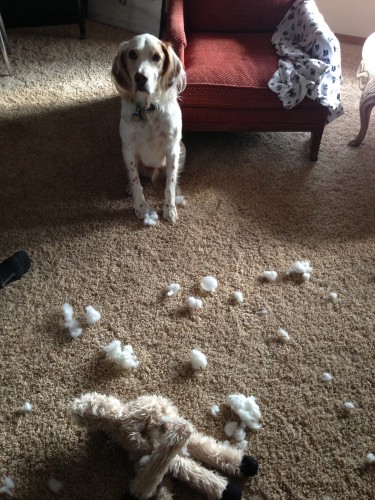 Here’s Bromont looking all cute and innocent, like, I don’t know who ripped this guy up and made the mess. 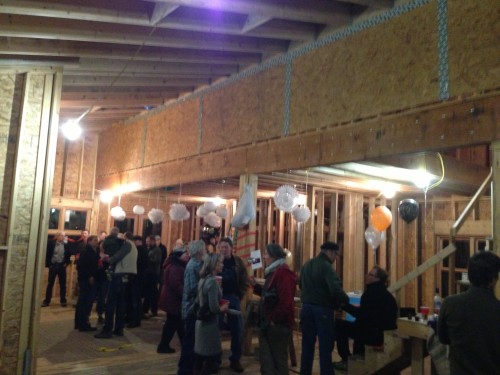 Friday night we drove over to Lawrence to celebrate Matt’s birthday. This is his house in North Lawrence that is under construction. 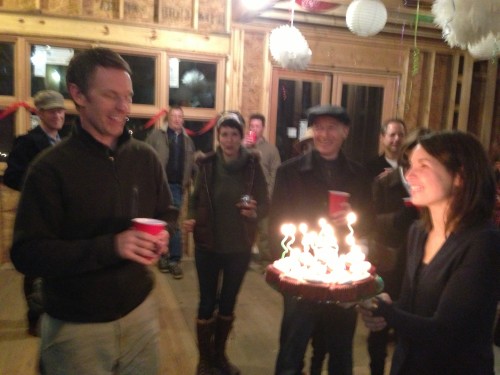 This is Cailinn giving Matt his birthday cupcakes. 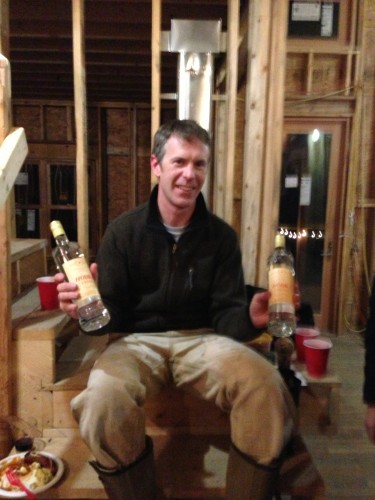 Matt received a lot of alcohol. It seems like he hasn’t changed out of his Lousiville cross outfit this whole week. 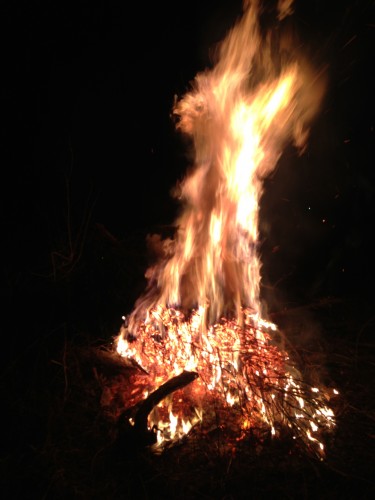 The fire in the back was great. Outdoor fires in the winter are wonderful.

14 thoughts on “Lot of Chinks in the Armor”