I’m still shell shocked from the race and it’s been 9 hours. I’m not sure even where to begin, I guess at the beginning. I was pretty good this morning. My knee wasn’t great, but usable. I felt good riding, good air, good legs. I knew I’d feel better with bare legs, not bound by tights pushing on my knee cap. Anyway, I warmed up pretty well. I spent an hour standing around watching Catherine race, but moved around a lot, so didn’t get too cold.

I rode one lap about an hour before my race and the course had changed up a ton. It was muddy, wet, the ruts were mainly mud, but seemed to be starting to freeze up. I knew it was only going to get worse.

I did ride a trainer 15 minutes before the start. I’m using a trainer to get just warm enough so when I stand on the line for 15 minutes I don’t start shaking from the cold.

Anyway, the start went good. I knew on paper that I was in a good position to win without taking any risks. I got off the road into the field in the lead, without getting winded at all. By the time I’d started up the main climb, I had a good lead. By the time I got to the stairs on the backside, I was descending the other side by the time 2nd got to the stairs. I was going good, well within myself. I realized the first time descending towards the barriers, that it was starting to freeze up some. The main line was slick and the ruts were completely frozen when they’d been just mud less than an hour before.

I was close to a minute ahead after one 10 minute lap. I knew I only was going to have 4 laps remaining and was looking forward to riding at speed. That didn’t work out too well. Descending before the stairs, I must of hit a rut that shot me across the course. And another one that twisted my front wheel so I high sided onto my right side. The ground was frozen, as hard as cement. When I went back to grab my bike, a shooting pain went down my right arm from my shoulder. I got to the stairs and tried to pick up my bike, but couldn’t. I knew I’d messed up my shoulder pretty good. I got back onto my bike and just kept going. I fell again about half a lap later and landed on the same arm. This time, it popped again and felt better. I thought maybe I just popped my shoulder out of place and it went back to where it was supposed to be.

That wasn’t the case. I thought it through and decided to just keep going. I figured the damage was done. The course got slicker and slicker. Ice under water, ruts that were frozen that were previously not. The air temperature was above 32 degrees, but the ground is really frozen cold, so the mud was freezing from the ground up. Quickly. I’m not exactly sure how many times I fell. Maybe 7.

I don’t think I did anything wrong. I just got unlucky. And maybe if I wouldn’t have fallen so hard on the 2nd lap, I would have been fine the rest of the race. When I fell, my gloves were totally, completely soaked. And every other time I fell they just got re-soaked. So, my hands were pretty useless the last couple laps. I was thinking about making a bike change, but wanted to stay on my bike with Di2, electronic shifting. I’m pretty sure I couldn’t have shifted mechanical shifting.

So, I just rode around. I pretty much quit racing on the 3rd lap and just rode. I won by just about the same lead I had after the first lap. It didn’t matter. I was, and am, officially depressed.

I have an appointment with an orthopedic surgeon this morning at 9:30. My arm is all swollen and mushy. I’m hoping I just stretched everything around a lot and it isn’t something serious. It doesn’t feel like anything I’ve ever done before and I’ve jacked my shoulders up in about every way you can. It is nearly impossible comparing my shoulders to each other, trying to figure out what they are supposed to look like. But, all this liquid in there isn’t good. I have exactly 3 weeks until Master’s Worlds in Louisville.

I said in an interview at CX Magazine.com that I don’t think the course is race-able on Sunday if the weather forecast is correct. And it has been spot on every since I’ve been here. It is 1 am and is down pouring rain right now. I’m not sure what that is going to do, but I don’t think any amount of rain will unfreeze the ground. And it’s supposed to be in the mid 40’s on Saturday. Then a deep freeze. I have no idea how you could negotiate the course if this happens. The climbs would all not be rideable, the same with the descents. It would make Kansas City in 2007 look like a dry, fast course. I hope I am wrong, but……. 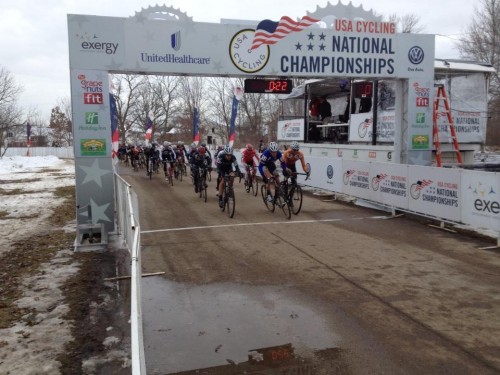 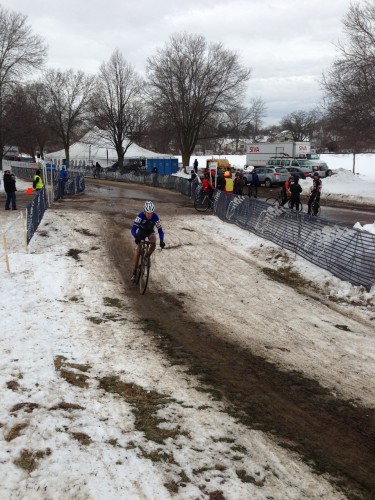 Starting the 2nd lap when I still had some motivation. 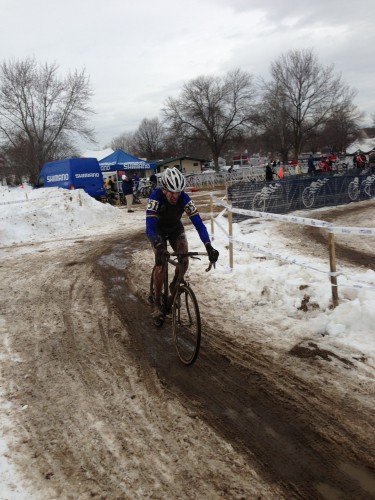 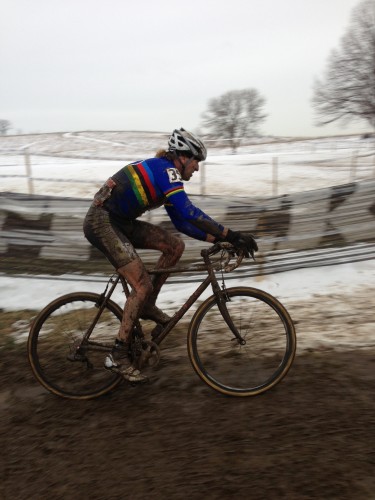 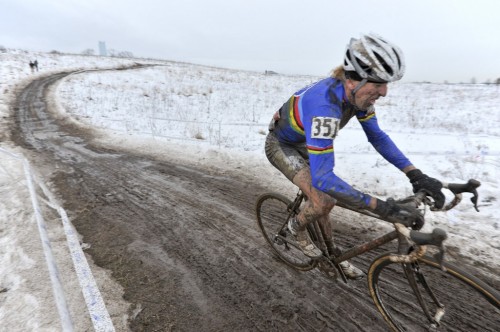 Looking happy after being hurt. The top levers were very useful to me. 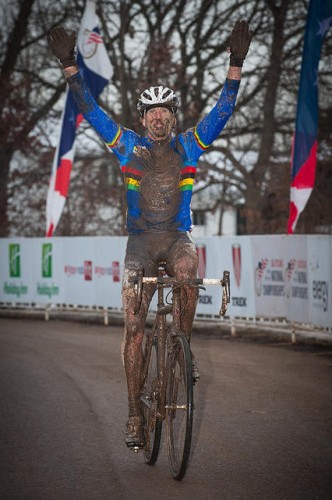 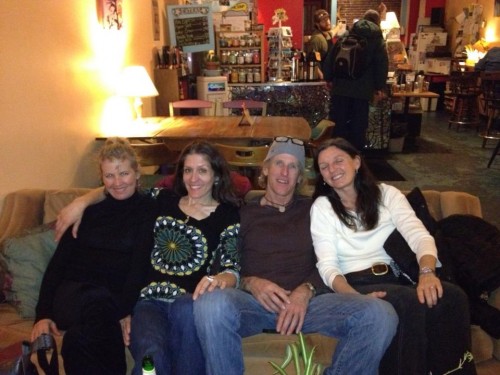 The highlight of the day, at a coffee shop after dinner with Catherine, Monique and Trudi. 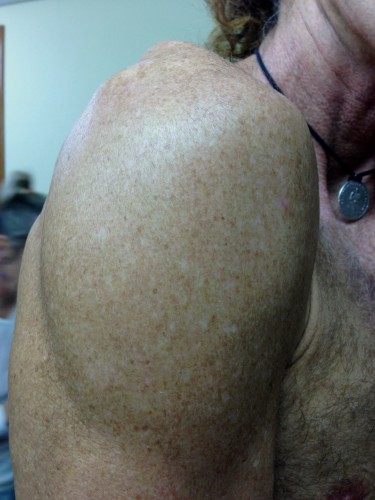 Best shot I could self take of my shoulder.