It rained last night. Got out with Bromont before the deluge. It hasn’t rained in Topeka in ages, over a month. It is strange to think that this is the weekend that they held Cyclocross Nationals in Kansas for two years in 2007 & 2008. It was freezing ass cold both those years. Yesterday I rode in shorts.

I saw 11 meteors on Thursday night taking Bromont out walking. The Geminid meteor shower was going on and it was great. Last night it was too cloudy before it rained. If only half my wishes come true, I’ll be doing pretty well, not that I’m not already.

It is interesting to me how worked up people get about things that I wouldn’t imagine they would be passionate about. That is one thing interesting about writing here. I do enjoy the feedback from peers. I know that no two people think alike, but after the handgun post and now the pit bull thing, I realize that we’re all over the map, which is how it should be.

Anyway, there isn’t a race for me around here today. I wouldn’t have gone anyway because I’m feeling funky. So, here is a recipe for oatmeal waffles I’ve had for something like 25 years. I got it from Paul Biskup, a friend I grew up with in Kansas City. He made me these waffles when he lived in Cardiff-By-the-Sea, north of San Diego. He now lives in Bend. Anyway, this is what I’m having for breakfast today, once I get moving. I’ll post a picture later when they are actually made. You should try them, they’re great. 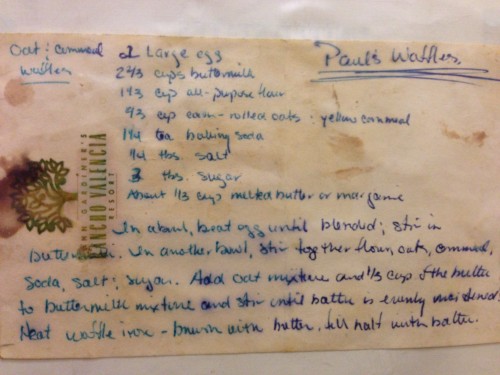 Click to enlarge. Don’t forget/miss the cornmeal. Email if you have any questions. Enjoy. 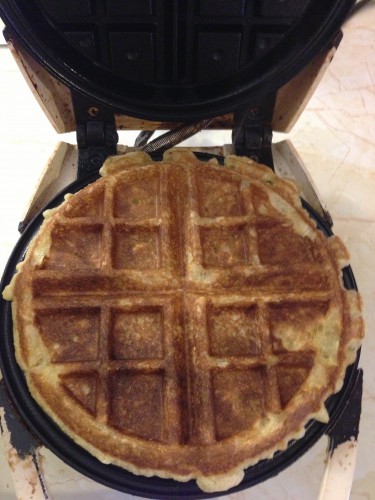