I can’t call yesterday the best day I’ve ever had. There were a few bright spots, but in general it was a day I’d just as well write off.

I think it started with watching a video from a cardiologist. I’m going to do a post of it eventually, so I’m not going to get into it right now, but the thing left me pretty depressed, which isn’t my normal state and I don’t deal with it very well. Next, I was trying to put the Di2 electronic shifting on my cross bikes and after dealing with it for a good while, realized that I didn’t have the right length wires to connect the shifters to the junction box at the bottom bracket or the junction box to the rear derailleur. So, my “A” bike is completely disassembled the day before I hope to race. And it’s not going to get together in time either.

Plus, the daylight seems to be gone right after I wake up. What’s up with that? I had planned to take a rest day, but was still thinking of riding a little, but it got dark before I had a chance to get out. I hate the winter just because of that. I think I must be an endorphin addict, because if I don’t do something, it puts me into a funky mood. I can’t imagine living in Alaska or somewhere that it is dark nearly the whole winter. Talk about depressing.

Anyway, today I have to try to figure out if I have enough equipment together to this weekend. It will be a hodgepodge of stuff, but that matches my physical assets at this point, so it seems right. I am mildly panicking about my form, or lack of it, at this very moment. At least it is mildly. It won’t become real panic for another month I hope. Something seems to be off kilter, but I have no idea what it is. I’m usually pretty good at figuring these things out, but this has eluded me so far.

Heard about the summit they are holding this weekend in London, The Change Cycling Now Group? I’d like to go there and listen to what these guys have to say. I’m thinking it is going to be a very hard task. And here’s the one of the reasons why-

In a 1995 poll, 198 elite athletes were asked if they would use a banned performance enhancing drug given the guarantees of not getting caught and winning. Only 3 of those athletes said they would not use a drug (Bamberger & Yaeger, 1997).[v] Other studies also conform to the theory that athletes believe that the use of a banned harmful substance is a viable response to a career-threatening situation, and many would be prepared to use drugs if they found themselves in a situation that threatened their performance or career. 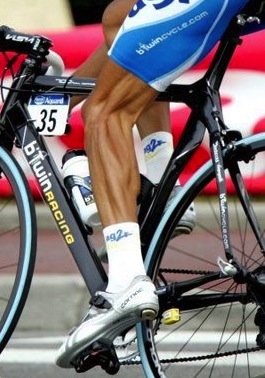 That is going to be a very hard thing to change. I’m not sure that cycling will ever go the way of golf, where the players call fouls on themselves. Plus, I’d bet just about anything, that golf has it’s own issues with PEDs. I have no idea what they are, but I’m sure it’s there.

I have to applaud the effort though. It’s not going to be easy.

Okay, I hope today goes a little better. The days seem to be going by about as fast as I blink. Time is strange that way. Sometimes it seems to nearly stand still and the very next moment it seems to accelerate out of control. I sort of like it that way. 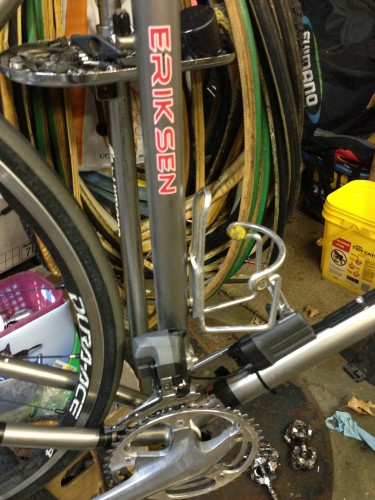 The front derailleur to the battery wire was about the only thing that fit yesterday. 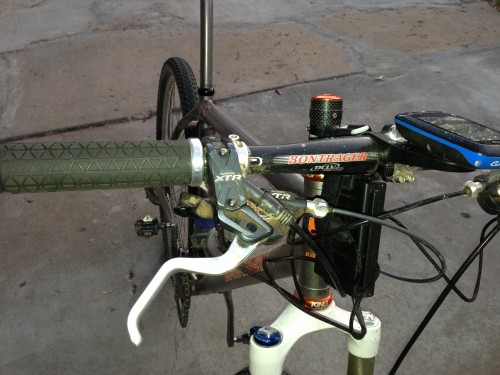 I added electronics to my MTB. I got these heated grips to test. They run on a Lithium-Ion battery. They have 3 setting and I chose 3 for 35 degrees and really thin gloves.

This was the outcome. Blisters on both hands. And I don’t get blisters on my hands hardly ever. Obviously, these things can get very hot and I’d guess will work down to just about any temperature you can stand for the rest of your body. 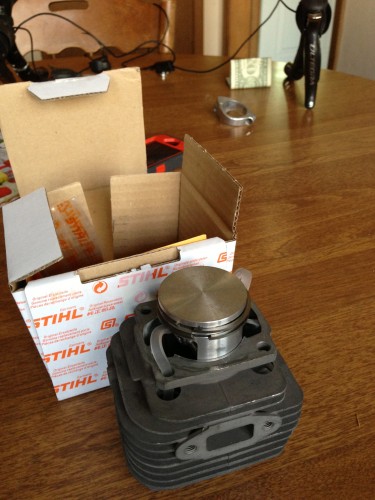 I did get a new cylinder and piston for my Stihl MS200t chainsaw. That was a highlight of the day.

How about this from Johan? I didn’t like the guy much before, but thought he might be fairly smart. That isn’t the case.

10 thoughts on “One of those Days”