I was going to let sleeping dogs lie, but when I read this article at Cyclingnews.com, I couldn’t pass it up. The article quotes an attorney for Lance that implies that USADA and big tobacco are in cohootes to bring down Lance. The article states that one of Lance’s lawyers, Timothy Herman, sent a letter to USADA’s General Councel, William Bock, that among other things states, It points to an impending “farce” with the release of the USADA report “written by USADA with the significant assistance of lawyers from one of Big Tobacco’s favorite law firms at a time when Lance Armstrong is one of America’s leading anti-tobacco advocates.

I don’t even know where to start here. I guess it would have to be with what happened to Lance’s “move on” catch phrase. Here it is in case you missed it. “Yeah, others won’t move on. It’s sad. I’m aware that it’s out there. It’s like, why are you continuing? You got what you wanted; Lance Armstrong never did anything in his life. Great. For some, it’s like, shouldn’t you be out training and focusing on what you’re doing? Fucking move on. So strange.” I guess Tim missed the memo.

Then 2nd, it would be that I thought he was done defending and particpiting in this silliness. Maybe no one is paying this Tim Herman guy and he is just sending letters out on his own. But, the article does state that he is an attorney for Lance, so that seems a little ridiculous.

And third, where do they come up with this shit? Can you imagine a bunch of high paid attorneys sitting around, strategizing, and coming up with this spin? Let’s tie USADA in with big tobacco and make it seem that big tobacco is behind this since Lance is “a leading anti-tobacco advocate”?

I’m not an expert on Lance Armstrong, and I realize that smoking and cancer go hand in hand, but I wouldn’t call Lance a leading anti-tobacco advocate. I’m not sure who I would call that. It is readily known that smoking is not good for people. And that 2nd hand smoke is bad too. I’ve never seen Lance do a commercial on anti-tobacco. I’ve seen the new anti-smoking commercials, but it is usually a sick, dying person that shows the ill effects of a life time of smoking. No elite athletes that I’ve seen yet.

Even the most stanch Lance supporter has to realize this idea was asinine. This is all going to be moot when the USADA evidence is released. It just amazes me the extent that these guys will go to spin doctor the whole thing before the information is released. It’s not like Lance didn’t have a chance to defend himself originally. Public perception is important I guess. It doesn’t really matter much to me, but when you are down to grasping for straws, it might be all you have. 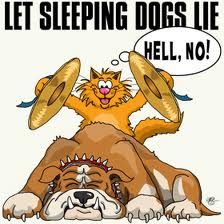