I’ve had a few close calls recently with cars coming by really close and each time I’m pretty sure that the driver didn’t even see me. Each time the person was texting. I drive on the highways a ton. I can’t believe how many people are swerving across the centerline, or white line, and each time I come by they are messing with their phones.

The reason for this is that the laws actually increases auto accidents by maybe up to 5%, it depends on what study you look at. I do believe the results though. Instead of having the phone up on the steering wheel where you can look out the windshield, people are holding the phone in their laps and looking down for around 3-5 seconds. This is what is causing the accidents.

Somehow, we as a society, need to figure out a solution to this problem. As cyclists, we should be ultra concerned about the issue. Lots of riders are getting hit by inattentive. texting drivers. It is a worse problem, statistically, than drunken driving accidents. That is nuts.

I guess someone needs to come up with something that automatically disables a cell phone when it’s in your automobile. And this needs to be mandatory in all vehicles. Other than that, I don’t see a way that people are going to voluntarily abide by the logic and/or laws. The laws aren’t working now and I don’t see any reason they will. 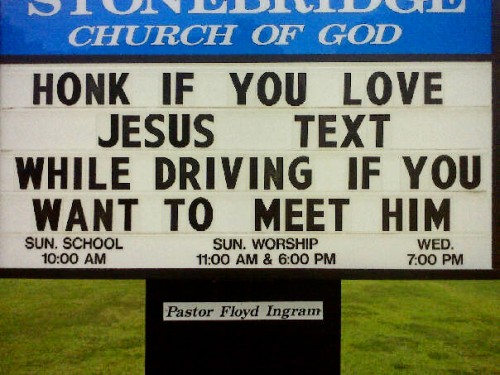