For some reason, I’ve been replacing a lot of rear derailleur cables recently before or after the club rides. I’m not sure with Sram or Campy shifters, but Shimano shifters have always had a tendency to eat up rear derailleur cables up inside the shifter body itself. My brother is notorious for having the cables break, in races and training.

Anyway, there is a new guy from Florida that is riding with us now and his shifting sucked yesterday. We stopped after 1/2 an hour and I messed with it. I realized pretty quickly that the cable was suspect. It wasn’t shifting good up or down. So when we got home, I told him I’d look at it for him.

Just like I suspected, his cable end was frayed. Pretty badly really. He only had a couple more rides left on it. Anyway, I had heard that he had taken his bike into a local shop to get worked on last weekend. He said that his derailleur hanger was cracked and that he got a new one. Plus he said he had paid for a tune up. It surprised me that he could have gotten his bike back after a tune up and it shifted like that.

But, there is a huge difference between a race mechanic and a local bike shop mechanic. A race mechanic fixes a bicycle like he would if he was going to be racing the very bike when he was done. He fixes it and then will usually take it out for a short ride to make sure it acts the same off the stand as it did on the stand. The same with everything else he does. A race mechanic realizes even a very small problem with a bicycle can be the difference between winning and losing. Or winning and finishing sometimes.

Most race mechanic I know have raced bicycles sometime in their lives. I don’t think it is mandatory that is the case, but it usually is. I think this gives them an appreciation of how perfect a race bike has to be at all times.

I think the average person would be surprised how many times a bike get washed. From a riders point of view, I think that the team race mechanics wash the bikes way too much. Especially since the addition of power sprayers all the teams are hauling around. Power sprayers can do a number on the bearings of a bicycle. I do understand if you have to wash 18 bikes or more a night, a power sprayer makes the job quicker, but it makes the longevity of some of the parts on bicycles much shorter. But, the team mechanics usually have a fairly unlimited supply of parts, so that is of little concern for them.

The teams I’ve ridden on have always had good mechanics. That is something I miss riding on a local team. The relationship between a rider and a mechanic is a special thing. It takes a long while for the relationship to form. But after it does, it is a true bond. The mechanic knowing exactly how the rider wants his bike to be in every instance. There are very few people I would allow to work on my bike ever. I’ve been fortunate having some of the best guys in the business as team mechanics. And most are good friends still. 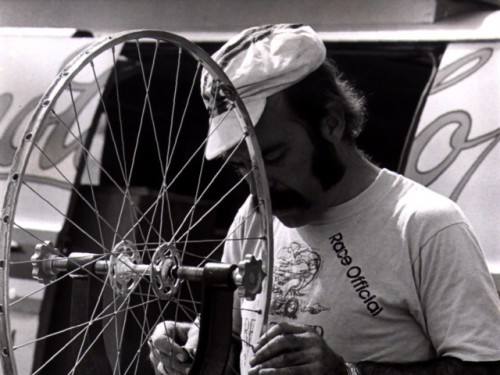 When one thinks of a bike race mechanic here in the US, Bill Woodul's name is on the forefront. Bill was around when I first started racing. I did many European and South American trips with him. He might be the most colorful person I've ever known. 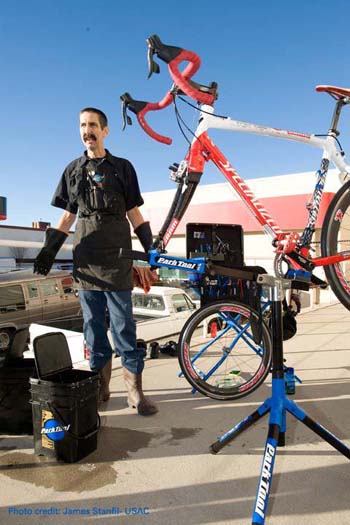 This is Calvin Jones. He was with me on the Levi's Team. He now works for Park Tools and teaches at the Bill Woodul mechanic's clinics. 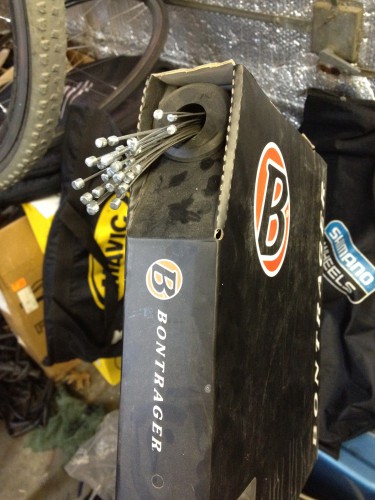 I go through a box of these cable ever other year. It is amazing how fast they disappear. 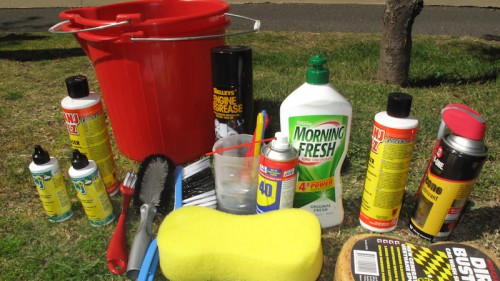 I found this photo at a website that tells you how to properly wash your bike. It is overkill, but okay. 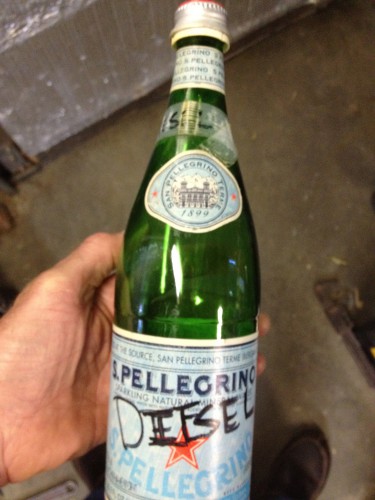 It's probably not the best idea carrying diesel around in this. I use a little diesel on the chain, some use kerosene, and then just use Dawn dish soap in water. Pretty simple.