Pleasure would be bike racing and I guess business is nearly about anything else, especially construction. I can’t believe how sore I’ve been the last few mornings. I have to admit that I’m spending many too many hours a day on my knees, but this is ridiculous. But, it’s nearly over.

Yesterday I’d say I got to 90 something percent completion, so I’m calling it quits and heading to Austin for a couple days until the races back in Dallas on the weekend. It is much better riding in Austin, compared to Richardson, plus my friend Ann (and dog Stanley) needs a visit. She is going to a 3D Titan movie tomorrow night, which I’ve never seen.

I hope to recover some the next three days. Especially my hamstrings. Enough to get some fitness out of the first critieriums I’ve ridden this season. It should be interesting. Okay, I need to get going to miss the traffic around here. 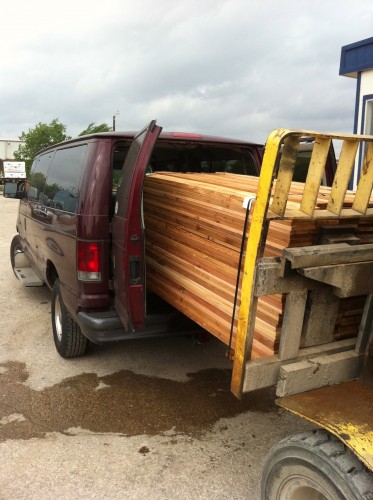 Guys that run fork lifts are something truly amazing. 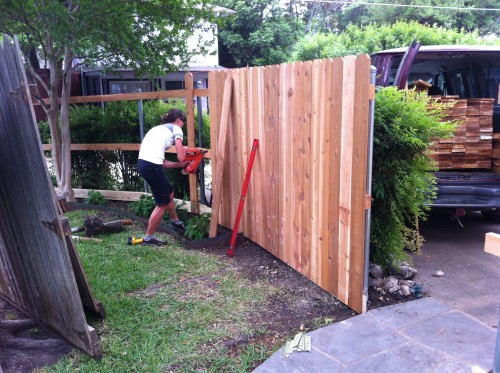 Sue, my friend from La Jolla, getting sore herself helping out building her mom's fence. 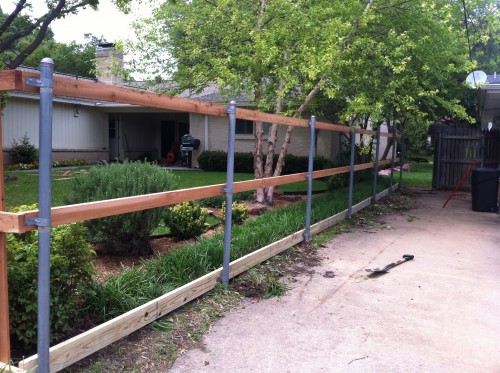 It was nice re-using a lot of the original posts. 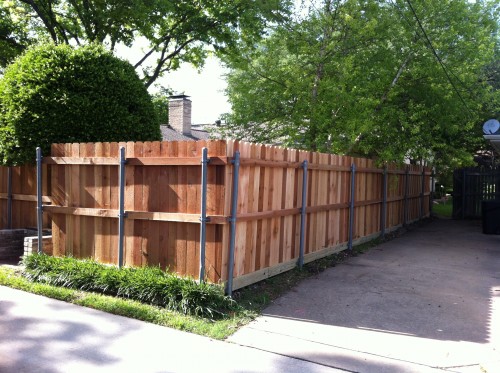 It almost looks better from the outside than the inside. 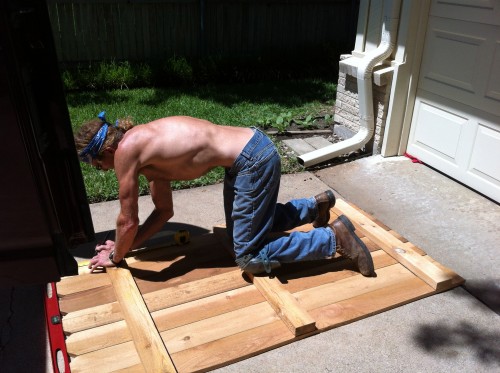 I don't know any other way to build a gate other than on my hands and knees. 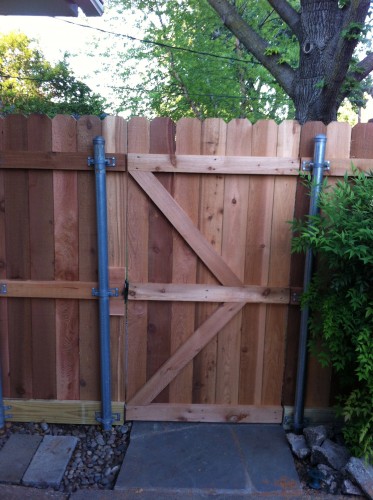 It turned out square and straight. 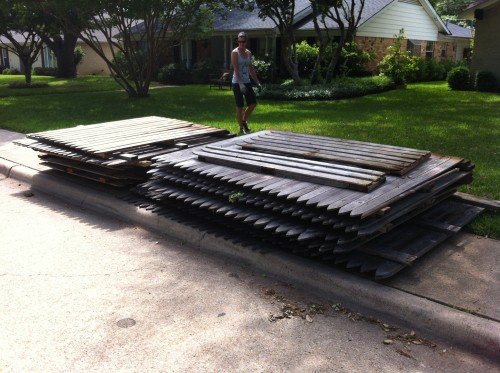 Richardson will come by and pick up the used fencing, take and recyle it for compost.