I doubt this is the day to post this, there are so many positive things to write about. But it says so much about why drugs in sport are bad for all competitors. I got this email today and asked if I could use it for my post. It reflects a lot of my reactions to many races, not just yesterday’s Paris-Roubaix. How sad that I think much like this, but we’ve been disillusioned so many times.

I’m watching Paris-Roubaix for the second time. I missed when Boonen escaped.

When I watched Sunday in Hell, over 20 years ago, with Merckx, I’m crazy inspired. I had just started racing. I’m thinking, I want to do that. These guys are amazing. So tough. The perseverance. The joy. The pain. It has it all. When I raced after that, I imagined I was one of them, in the race; suffering; overcoming; the joy; the pain. It was like a film reel in my head that played while I raced.

When I watched Paris-Roubaix today, the viewing is filled with doubt. I can’t quite get into the wonderment of it all because always, at the back of my mind, I wonder if Boonen cheats. If he does, it’s all meaningless. It’s a sham. The guy isn’t suffering, overcoming. He’s cheating. The question of drugs chips away at the respect I might otherwise have for him.

Absent the curtain of doping over the whole sport, I would have watched today like I watched Sunday in Hell 20 years ago…inspired, cheering, hoping he would make it to the end for such a courageous move. So in awe of the chance he took to win it all.

Sure, it’s still courageous; cheating or not, it’s still amazing; but, it’s not the same. From the moment he makes the move and stays away at 30 mph from a group of incredible riders, I keep wondering. Is he cheating? How can anyone win Tour of Flanders 7 days ago and turn around and do this?

At the end of the day, with Boonen, I’m not a believer. He is not Greg LeMond. I’m not sure he is not Eddy Merckx . I’m not sure he’s not the countless others. He’s a sprinter. Sprinters don’t time trial off the front at 30 mph on cobbles to win Paris-Roubaix. They stay in till it’s whittled down to the point he’s the best sprinter.

And, how sad. What if I’m wrong? What if he is the a Eddy Merckx. He’ll never be able to make me a true believer because it’s now a given that pro cyclists cheat. He might be the sprinter who just knows how to cheat better than the other guys. And, that’s the deal. He’s really a sprinter. He’s not a time trialist. 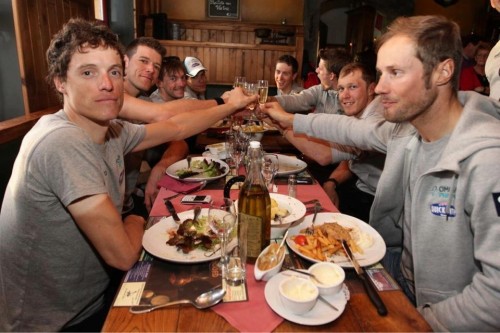 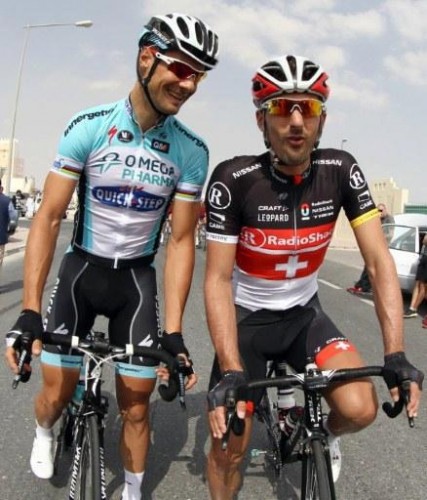 What if Fabian would have been in the race? Does one rider's absence make it more believable?

72 thoughts on “The Problem with Drugs in Sport”